Take a look at Season 2’s new trailer and watch for recaps later this Spring at fanfest.com!

And here is a quick look for fans as the Cody boys are interviewed at SXSW earlier this year.

Previously the show announced that Season One of “Animal Kingdom” will be available on dvd as of April 25, 2017. Fans can also catch up on most of Season 1 at:

Animal Kingdom on TNT is the American version of a 2010 Australian movie by the same name. It follows the Cody’s, a crime family headed by Ellen Barkin’s character, Smurf. It features Scott Speedman, Ben Robson, Shawn Hatosy and Jake Weary as her biological and adopted sons. We are introduced to the family when Smurf’s cunning grandson, Joshua, comes to live with them after his mother dies of an overdose. 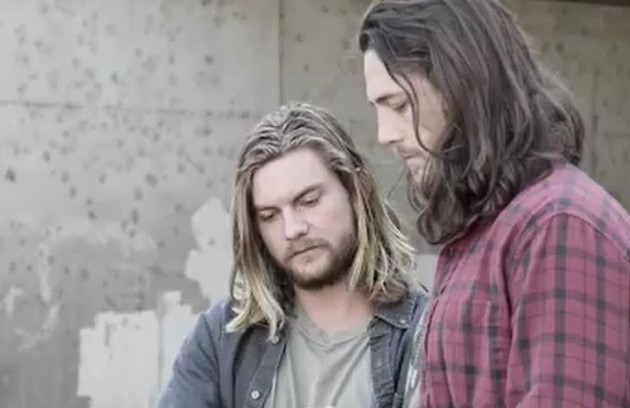 As the second season opens, the Cody clan is back to their old ways and in the midst of a fun, high-adrenaline heist.  But when things don’t go as planned, the family dynamics become more fractured than ever as some members advocate for independence from Smurf. Adding fuel to the fire is an external threat from Smurf’s past that has come back to haunt her.