This week the Cody boys start planning a big job without Smurf, and three of them pull off a small robbery to get Deran some quick cash. Craig and Nicky are shacking up and mixing drugs. 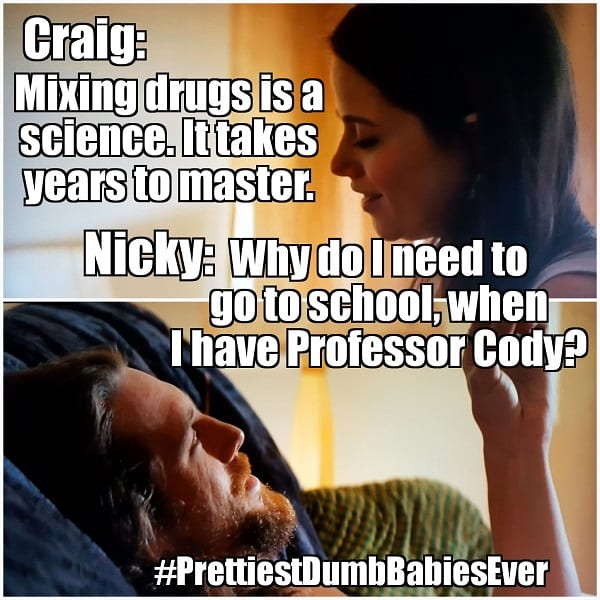 Baz has convinced Lucy to hang out longer, but not to shack up. She’s a little too smart for that. And Pope still pines over killing Cathy, Lena’s mom.

Pope has taken to caring for Lena in Baz’s absence. Pope brings Lena back to Baz’s house for a new shirt, just in time for Lena to bump into daddy’s new-old girlfriend, Lucy. That doesn’t go over well with Lena or Lucy. Lucy leaves town. 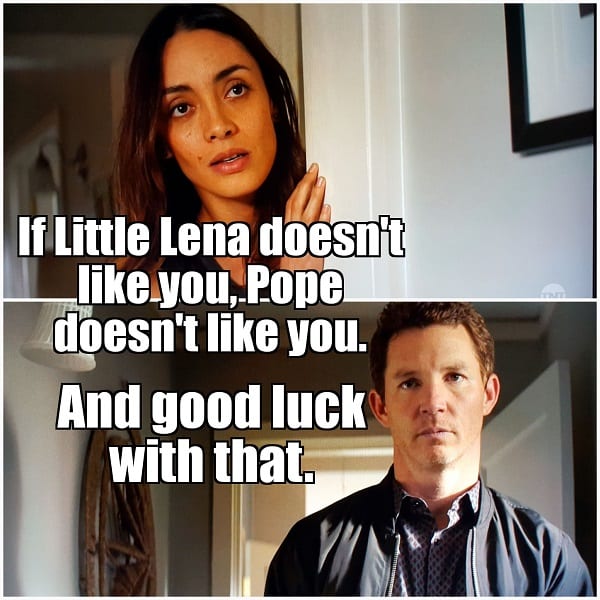 A fire breaks out at Craig’s, caused to his joint. He’s passed out and Nicky is too high to deal with the fire. At least she isn’t freaking out. She’s pretty calm considering the entire living room is ablaze. 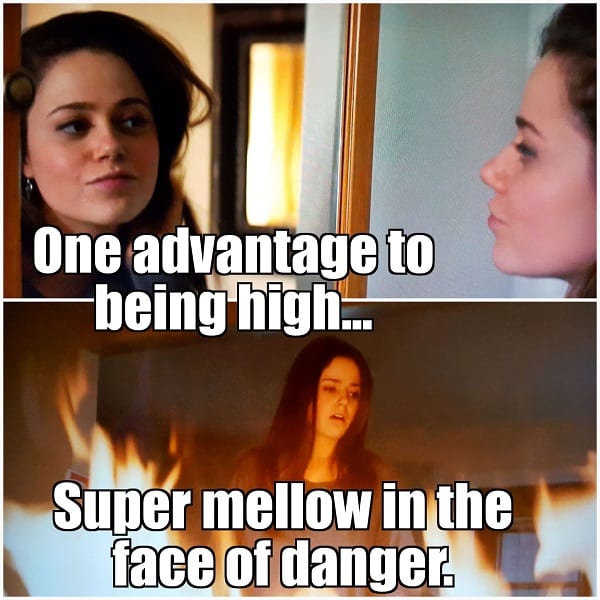 She follows Smurf’s instructions to the letter, throwing out all the drugs and grabbing the gun before the fire department arrives. Smurf also tells Nicky to throw cold water on Craig, and to hit him if he doesn’t wake up. 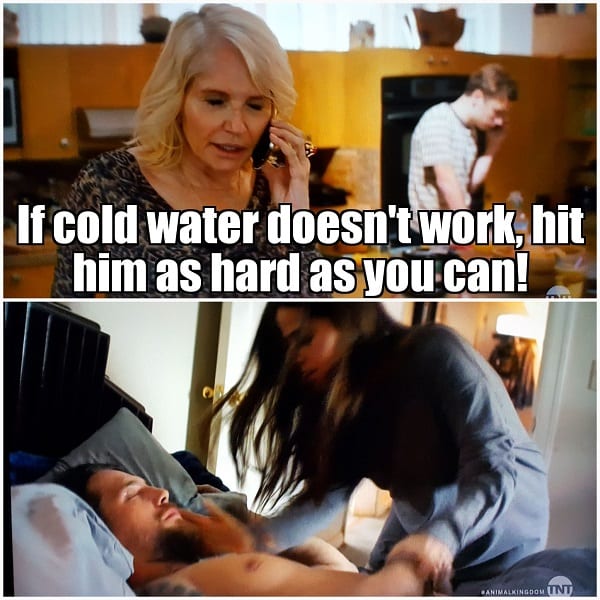 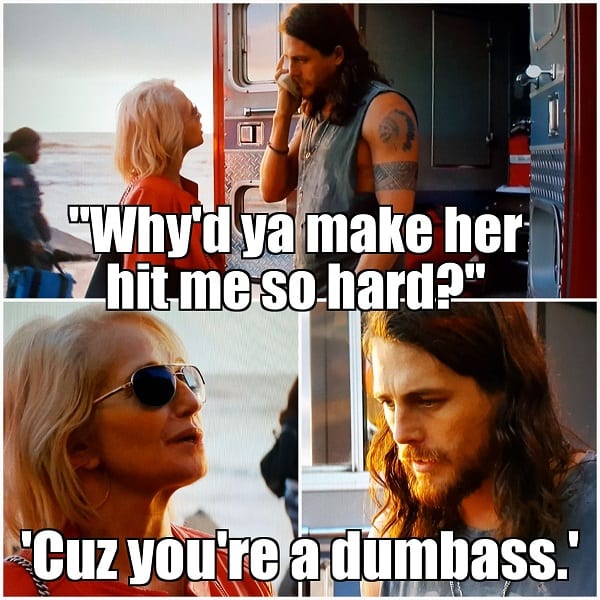 Smurf will definitely like this girl around for the long haul. Craig leaves the scene in a lurk, refusing to live with Smurf during the renovation. But Smurf invites Nicky, who doesn’t know about the rift between Smurf and sons, to live with her. Nicky accidentally offers up information on where Craig went, after the fire – a church to “fix the air conditioning.” 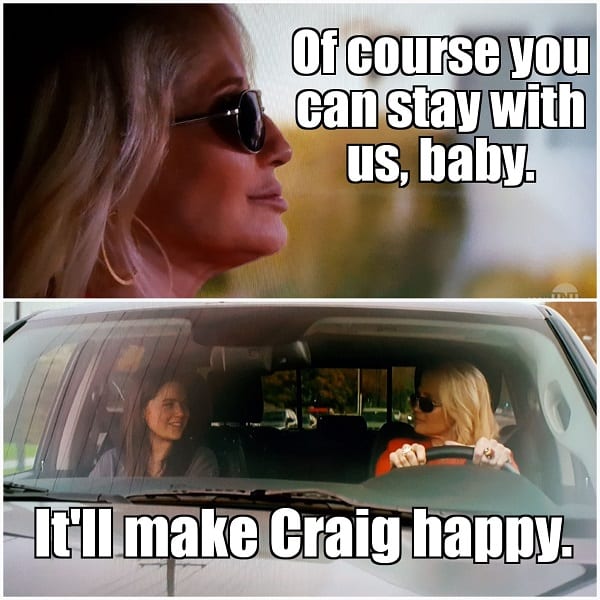 Deran and Craig work to gain Josh’s trust, convincing him to not trust Smurf. Josh still isn’t on anyone’s side. He’s holding his cards close. 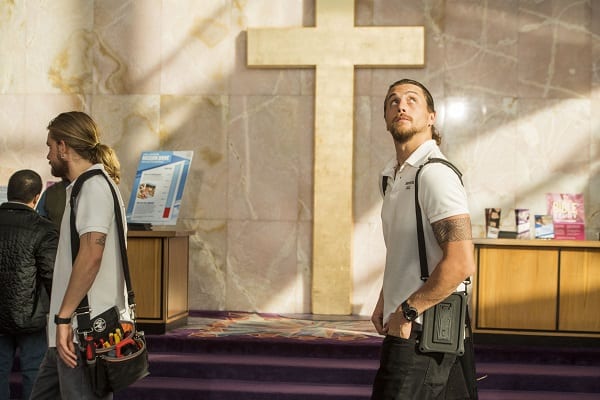 Deran and Craig impersonate air conditioning repair men to scope out the security cameras and roof lay out of a mega church. Pope and Baz show up to do recon. Pope seems reflective in this environment. Is he really interested in a different life and settling down or is he simply working a long con when he learns of a $300,000 mission fundraiser? 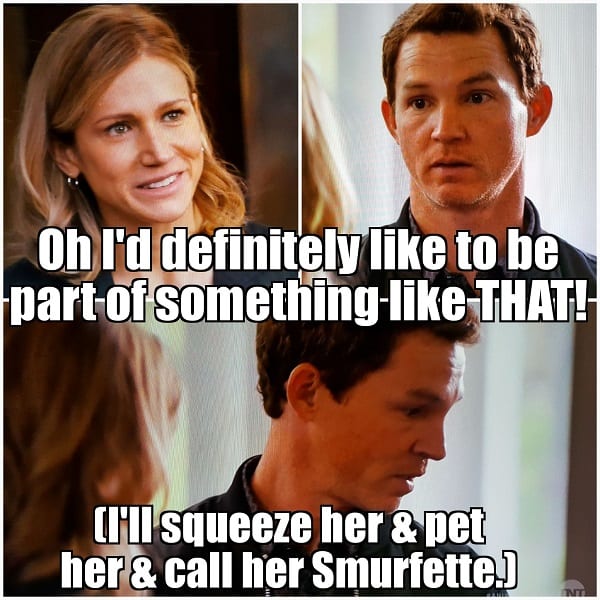 Craig really doesn’t want the karmic backlash from ripping off a church that is building a hospital. 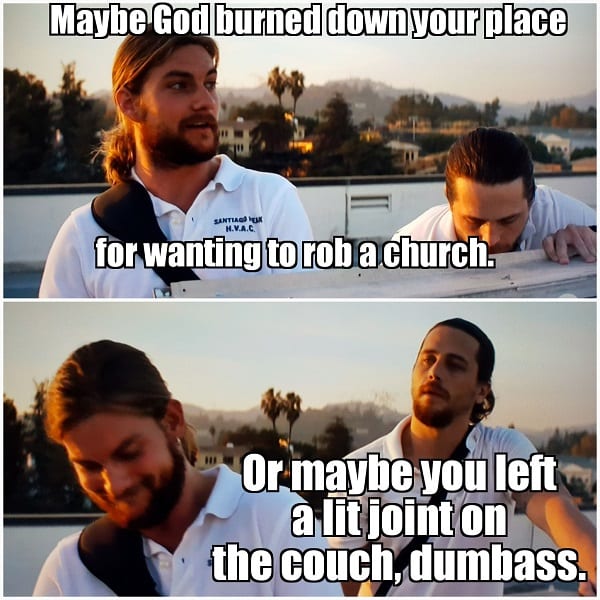 Smurf changes the locks and security passwords on all her properties, more than thirteen, after learning the boys are doing their own jobs. She grabs cash and a huge ring out of her storage unit as security, and starts to reinforce her authority with the family’s “business” contacts.

Pope quickly convinces Baz to delay the church job until the $300,000 fundraiser goes down. Both Deran and Craig are not happy about it. Josh will not be a tie breaker in this gang. 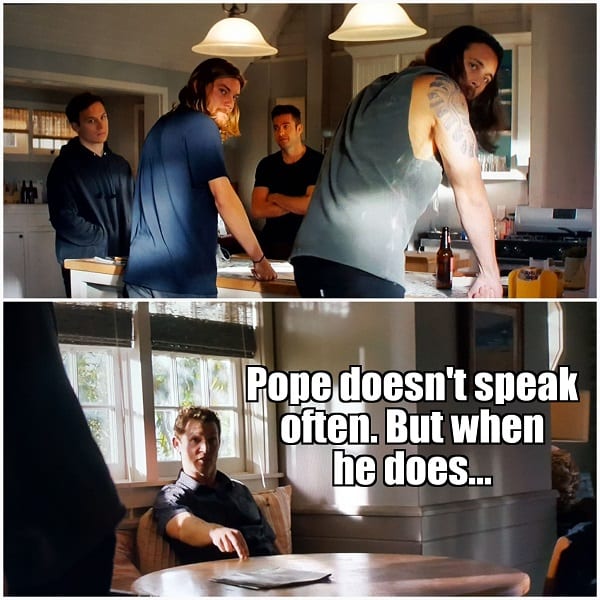 Deran is pissed they won’t do the church job for three weeks. He needs the money for the bar in a few days. To help Deran out, Pope comes up with a quick job, of knocking off a foodie truck. Craig has issues with the climate controls of their stolen vehicle. 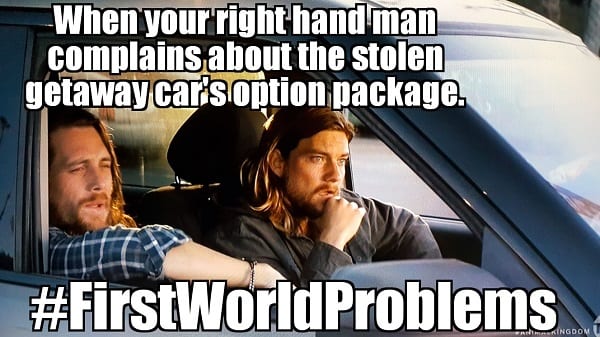 They run into a problem when the truck’s drivers have guns as well. But Pope has tear gas, so they prevail. Deran’s cut isn’t the whole $16,000 he needs, so Pope offers to loan him the rest. Craig gives his share to Deran in exchange for a place to stay. So Craig will be staying with Deran, while his girlfriend will be staying with his mom.

Deran finally gets the keys to his bar. Will the family turn it into a money laundering front or simply drink him out of business? 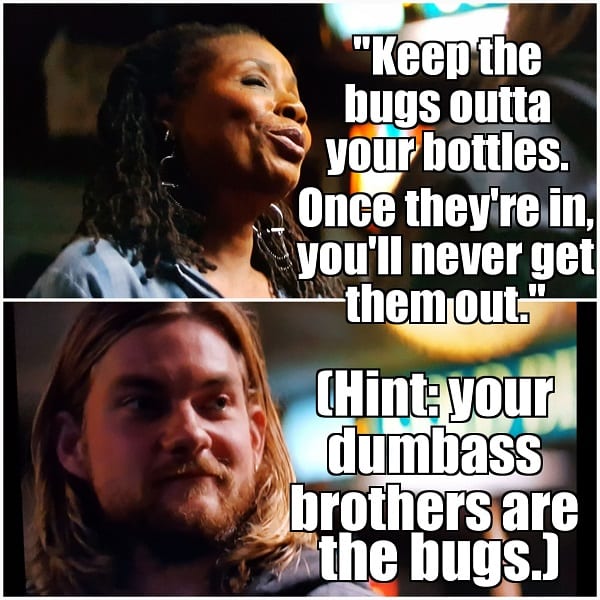 Baz hires a private investigator to find Cathy. There is no trail. He asks if she’s dead. He’s starting to smell foul play by Smurf. Baz then runs to Tijuana and apologizes to Lucy about not telling her that Cathy left Lena with him. He lies and tells her that Cathy left him because he refused to give up Lucy. Lucy falls for it.

Josh bumps into Nicky at Smurf’s and there is clearly still chemistry between them. 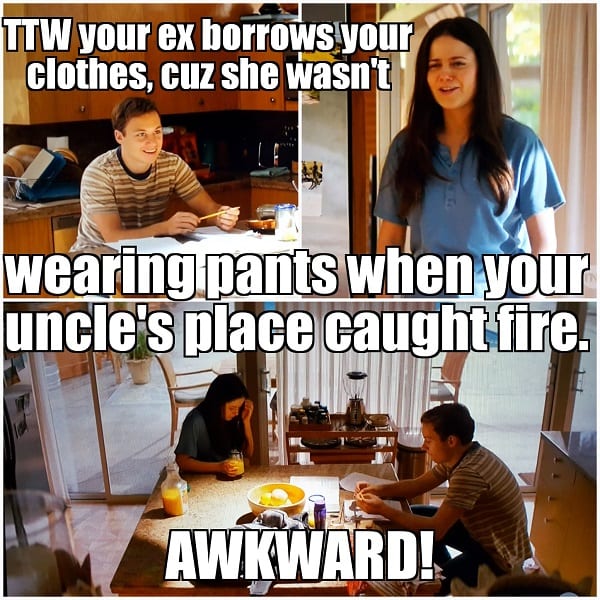 Jake, the creepy stranger who arrived last week, calls with news that Manny has died. Josh agrees to go to the wake with Smurf out in the desert.

See you next week as we take a road trip to the desert! Animal Kingdom can be seen on TNT, Tuesday’s at 9pm.