Things go badly for the all the Cody’s right out of the gates in Season Two. And they all learn it will be more difficult to get away from Smurf than they thought.

Stealing a brewery’s safe earns the family $3,000, not $90K as promised by an inside man. Smurf’s pie does not console them. 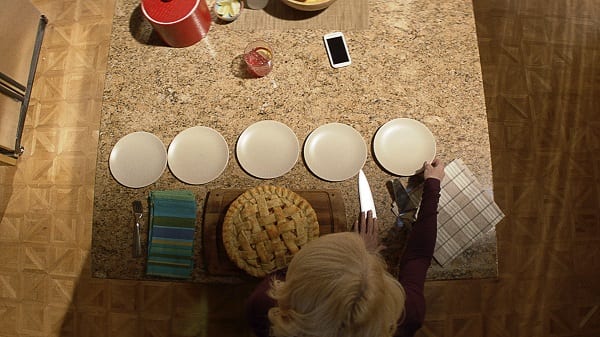 The boys are furious, tired of being at risk all the time for an uneven cut. Smurf insists they should be grateful because of all the jams she has gotten them out of. She reminds them of all their mistakes since childhood. Baz is even at fault for lice he had as a kid. Currently Josh is the only one who hasn’t screwed up with her.

The guys all threaten to leave. The rest of the episode we see the guys struggle with plans to leave Smurf and start their own jobs.

Smurf’s later learns the bad job was squarely her fault, either from drinking too much or old age. The payday cash was supposed to be in the safe the first Thursday of the month, not Tuesday. She’ll never admit this one. I bet the guys figure it out later this season. 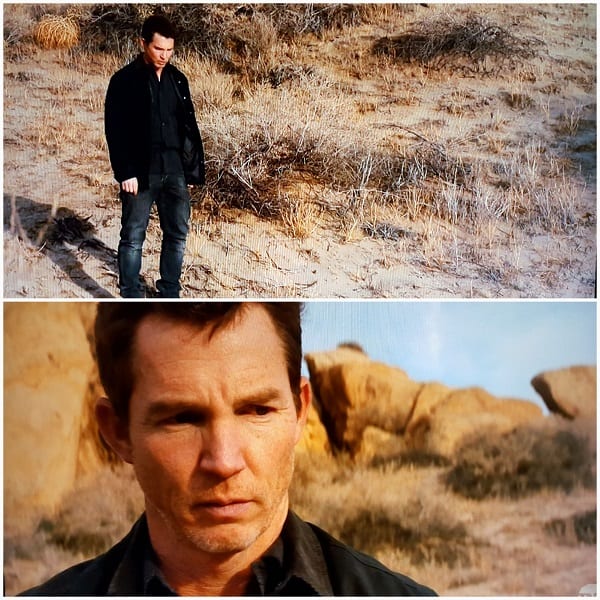 Pope visits Catherine’s desert grave. He steps up to watch Lena when Baz refuses to play with or take any responsibility for her. Pope really regrets killing Lena’s mom. This murder will probably be Smurf’s control over him. But I can see Pope killing Smurf, hiding her in the attic, and taking over the cooking and childcare duties for all the household. He could possibly start dressing like her too. 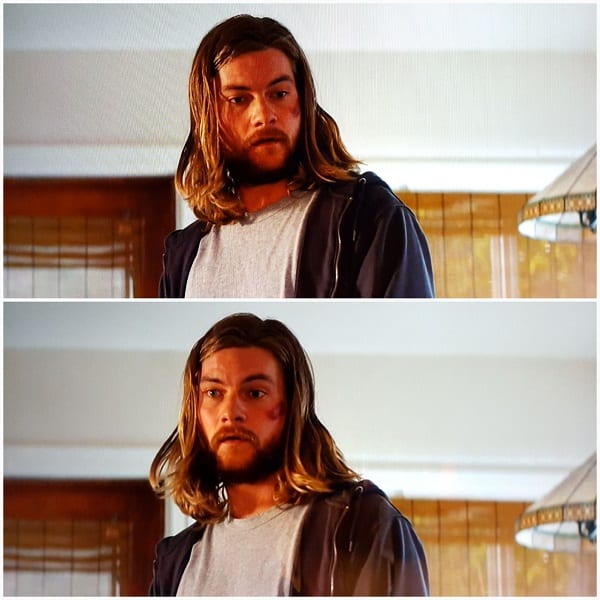 Deran plans to leave Smurf and buy a bar. He’s about $15,000 shy of the deposit after the safe job goes badly. He explodes on Craig when he sees him snorting coke again, telling him Craig he has to start being responsible. Adulthood is hard. Does he want to go completely legit? Let’s hope his mom and brothers don’t drink all his profits. Hey, at least he has a plan. 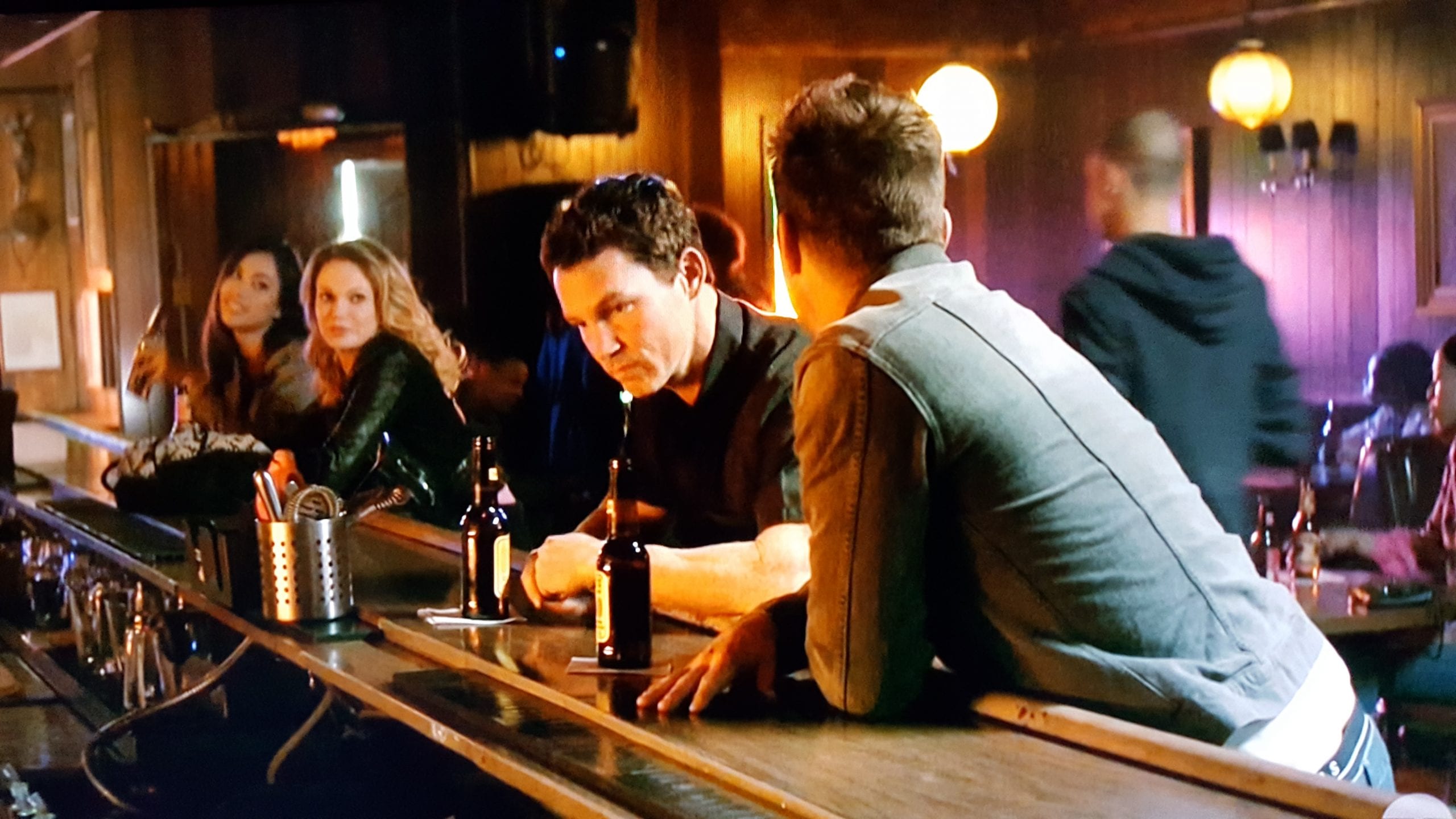 Baz is getting over Catherine, but doesn’t tell his other girlfriend, Lucy, explaining, “She’d show up with a U-Haul.” To celebrate his new freedom, he picks up a stranger in a bar just for sex. He regrets it when the new woman doesn’t want him sticking around afterwards. He’s getting a little old for this. So he calls Lucy and basically asks her to move in. Lucy says she’ll think about it. That’s another woman who doesn’t think he’s charming enough to keep around. Let’s face it, he only wants Lucy around to take care of Lena, so he can leave Smurf. 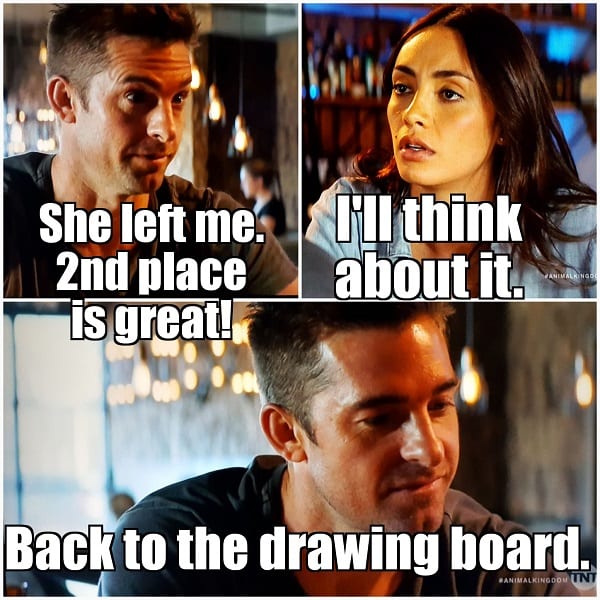 Craig learns how far they can get without Smurf, when he and Deran go to fill up the gas tank and his credit cards is cancelled. Smurf always pays his bills rather than have him snort all his cash up his nose. Craig is so used to being told how to live, he just stands around waiting for Deran’s directions when the card fails.

Poor, clueless Craig hides from Nicky by texting her that he’s sick. She’s a typical high school girl that won’t give up. She shows up at Craig’s with all her teenage angst. Her dad is moving to Guam and expects her to go with him. Craig convinces her he’s still sick and she leaves him some soup. Then he goes back to the girl he has in the back room. Deran and the audience is curious as to why Craig won’t cut Nicky lose. Has Smurf told him to keep her around?

Josh at least has school to fall back on. He can go to college and get out. Craig asks if he’s working on splitting atoms, “no just some problems on acceleration.” That may come in handy for future jobs. Smurf tries to hold onto Josh by handing him a credit card after taking away everyone else’s. He knows it’s a short leash that can quickly turn into a noose. 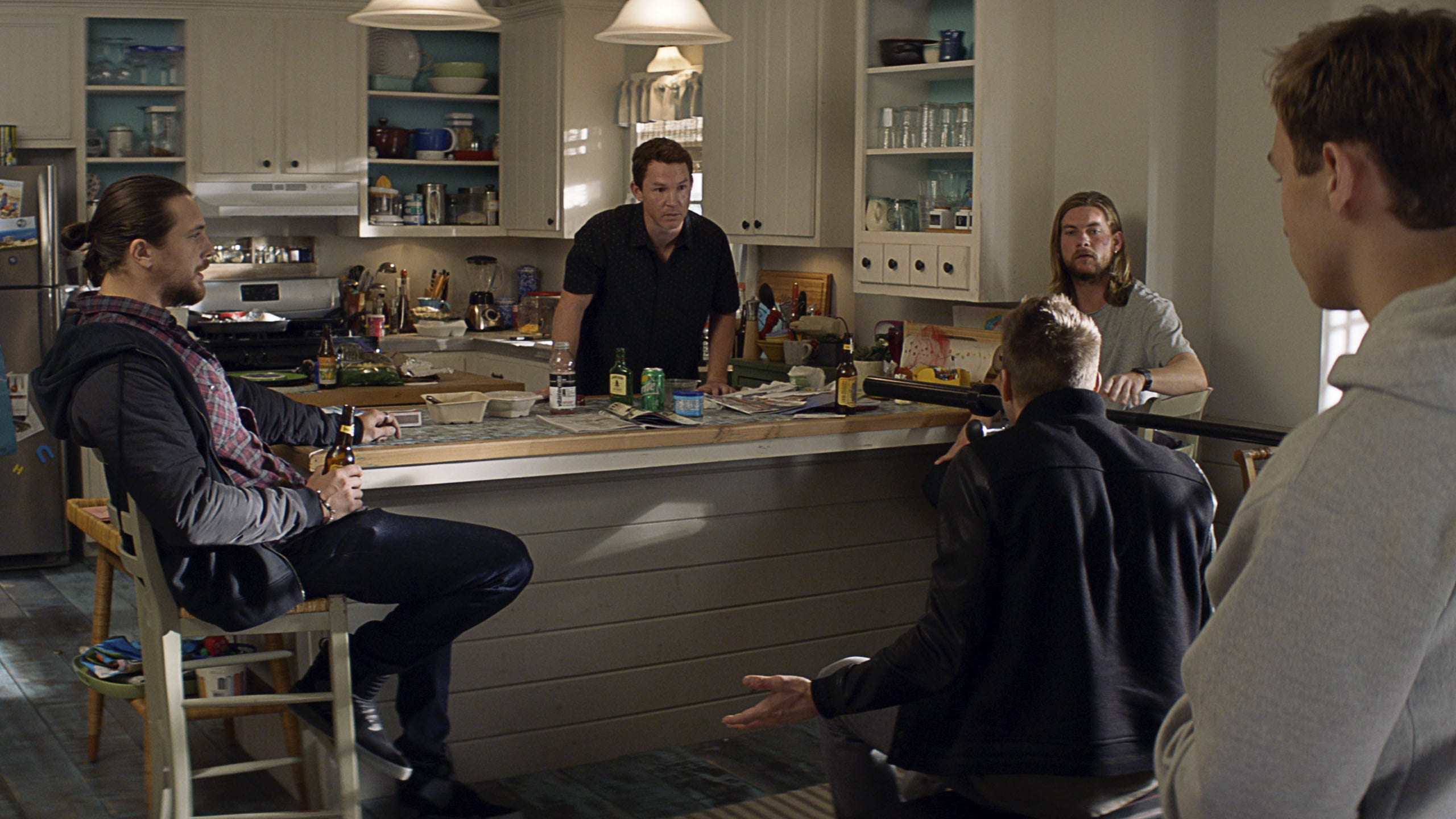 The guys have to choose between hitting a fancy yacht wedding or a church for their new life without Smurf. Deran hasn’t figured out how they’ll get away from the yacht. And Craig isn’t too keen on the bad karma from a church. They can’t decide on anything by themselves and they aren’t sure if Josh can be trusted. 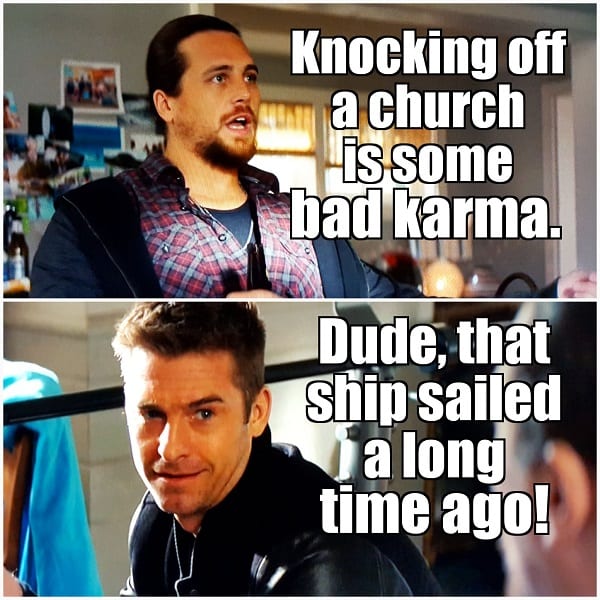 Suddenly Craig gets saddled with some responsibility. Nicky shows up with all her belongings on Craig’s doorstep after leaving her dad. Will Nicky end up living with Smurf too, or will Craig let his teenage girlfriend take over decision making for him. Thinking is hard, Craig. 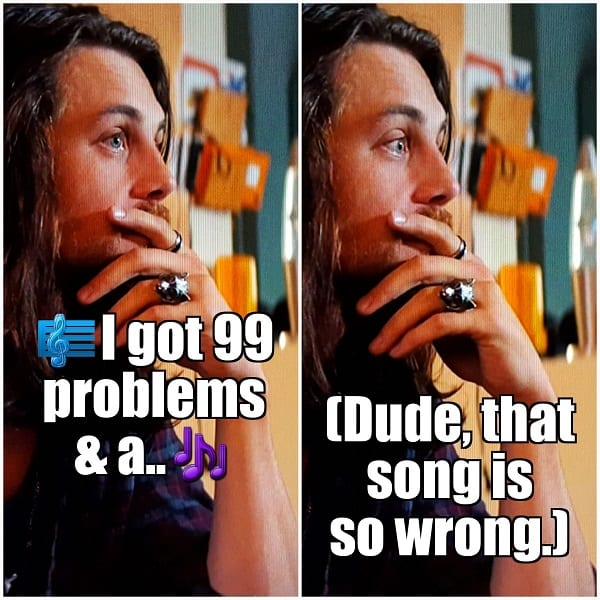 A mysterious guest visits Smurf.  He wants to take her to see “Mannie,” who’s dying. All we know about Mannie is that Smurf pays him $5,000 a month. The mystery man was a kid the last time Smurf saw him. Smurf used to sing him to sleep. Is this guy another son? 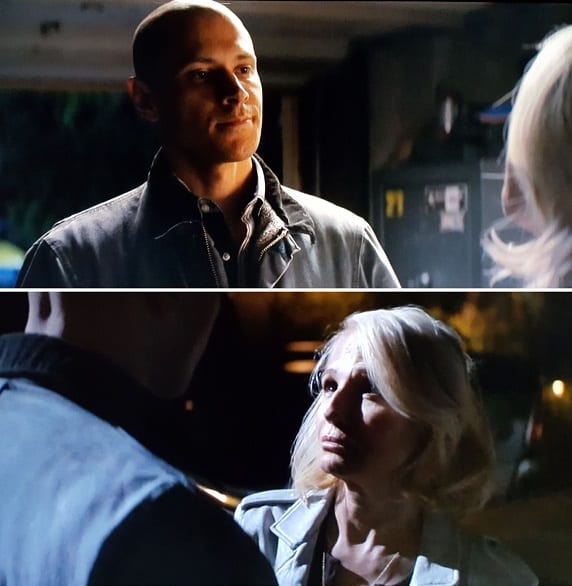 The food in Smurf’s refrigerator is stacking up. No one ate her pie. I’m sorry, even when you’re mad at mom, you eat pie. She frantically makes a meatloaf and has everyone over for dinner. 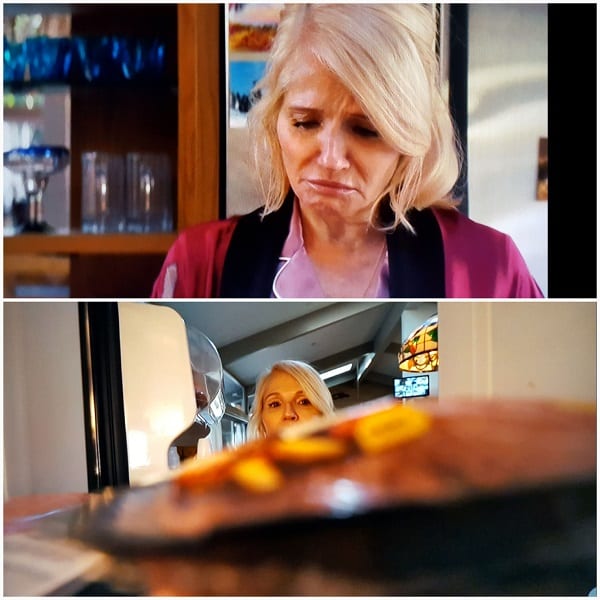 The guys stand united against Smurf by not telling her what the next job is. But the family ultimately toasts to themselves, “May we all get what we want, and never what we deserve.”

See you next week! Animal Kingdom can be seen on TNT, Tuesday’s at 9pm.