Craig continues plans for the yacht heist. Pope gets closer to Amy. Baz starts a war. And Smurf gets some of her $300,000 back, but loses a lot more.

Deran insists they need Baz as a Spanish speaker for the yacht heist. Pope suggests that maybe Craig-o knows some Spanish-o. 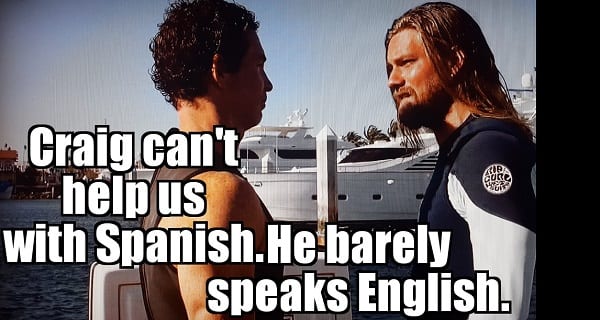 Baz wants little to do with the job, especially since it is the brainchild of Craig. Hey, we all know Craig isn’t the brightest bulb in the Cody chandelier, but he means well. It’s fun when the other guys pick on Craig’s mental deficiencies. But Baz doing it always seems like a dick move. He isn’t even blood – just saying.

Baz does have a point about Nicky being involved though. She’s fearless like Craig, but has never pulled a job. It can’t go well with her involved. She has already gotten her face on a gun store’s security camera and mouthed off to the owner she has other means of getting a gun, despite her age.

Baz pulls Pope aside, partly to discourage his participation in the job, but mostly to remind Pope that he thinks Smurf killed Cath. His proof that Cath hadn’t talked to the police was that the family isn’t all in jail. (But that was only a matter of time, really. Cath was running off after ripping off Smurf.) Baz tells Pope that he is going to take care of the police suspicions.

Josh is taking care of things for Smurf too. He’s getting money orders for rents with several fake driver licenses.

Lucy loans Baz tools for his job and confides in her that Cath didn’t leave him. He thinks Smurf killed Cath. He also tells her he is ripping Smurf off. Is she going to be mad that Baz lied to her about Cath? He’d still be with Cath if she hadn’t disappeared.

Deran and Craig look for other Spanish speaker resources for the job. They can’t seem to find a bud that speaks Spanish in all of California. Deran calls upon an old friend he knew from juvey. Unfortunately, that guy had turned over a whole new leaf and was legit with a job and kids. Judging by Deran’s reaction to this white picket fence life, I’m not too sure he really wants to go legit. 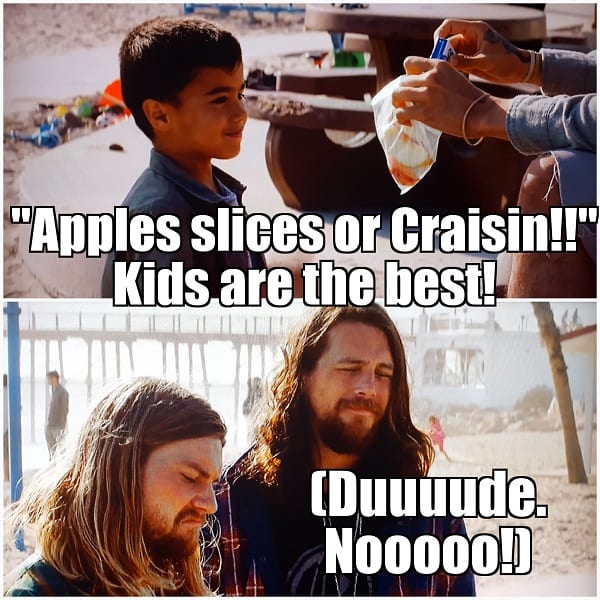 Smurf assures Pope that her cop friend said the police have no evidence that connects Baz to Lucy. Pope is really worried about Baz being pinned for this. But did Smurf really ask around? And the police may have no evidence for Baz, but do they have any on Pope? Pope is just happy mom is looking out for them, after using them to commit crimes. 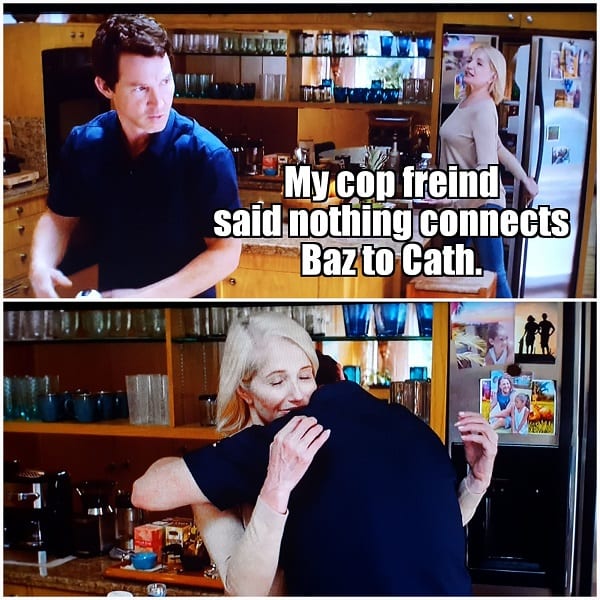 Pope confides in Amy that he’s worried about the family being ripped apart because he hurt someone. She tells him it’s not his responsibility to keep his family together.

Craig and Deran ask Smurf to launder the goods from the heist, without telling her about the job. She has already told them she wants them laundering through her. 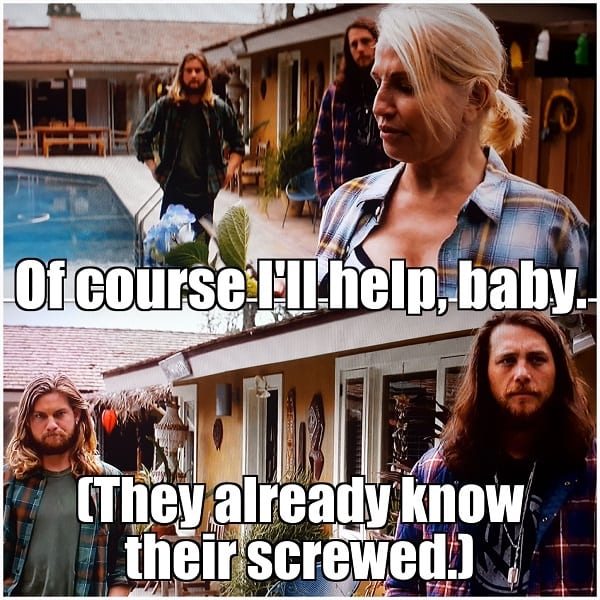 Proving she has further hold over them, Craig is lured by the nose into the house with the promise of stew. 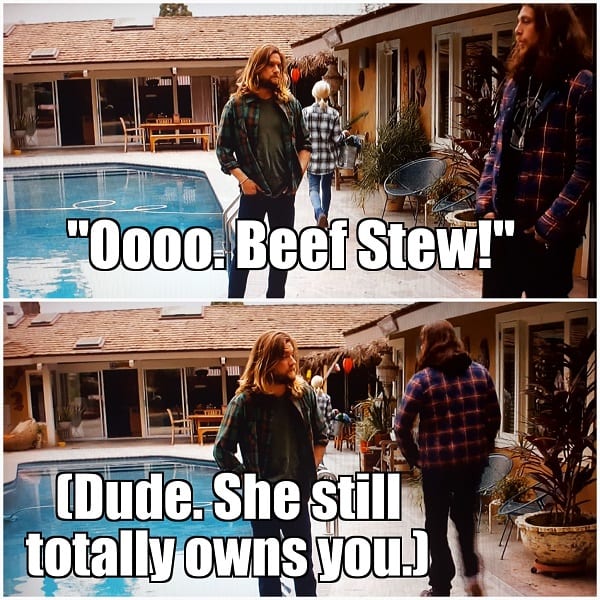 The first step in “taking care of it” in the Cath situation for Baz, means ripping off Smurf’s storage unit. He enlists Josh at the last minute. He slyly rented the unit next to Smurf’s, knocks out the flimsy removable metal siding and moves all her safes. He easily puts back all the siding. He’s at his own leisure to open them. Which he does without Josh present, netting $700,000 and all Smurf’s fake passports in the first safe. He has no idea that Smurf took Josh to the storage unit once. Josh is keeping quiet with Baz and with Smurf.

Deran and Craig ultimately enlist Marco, Lucy’s brother, for the job as the Spanish speaker. They agree to run one heroin job with him as well. Will Marco tell Lucy about the job? And will that turn out badly if Lucy wants to get back at the Baz and the Cody’s? She now knows there a ton on money at stake. Baz has led her around by the nose for ten years.

In addition to the questionable situation with Marco, Nicky is insisting she wants a gun. And she’s used to easily getting what she wants from Craig. 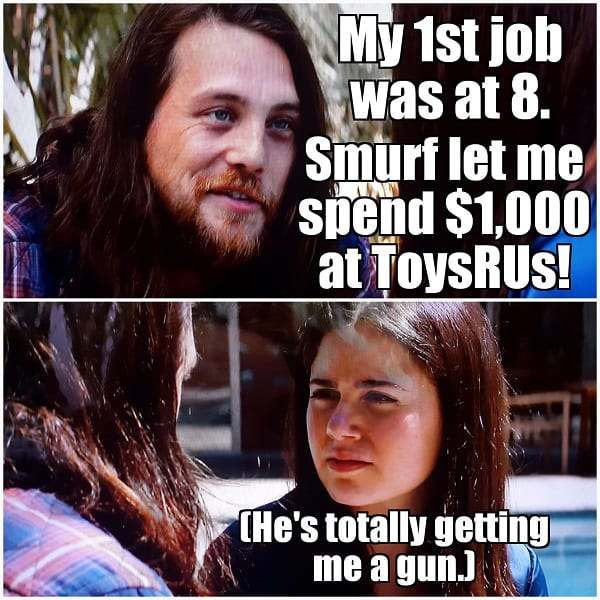 Will Craig cave? Or will Nicky take matters into her own hands. 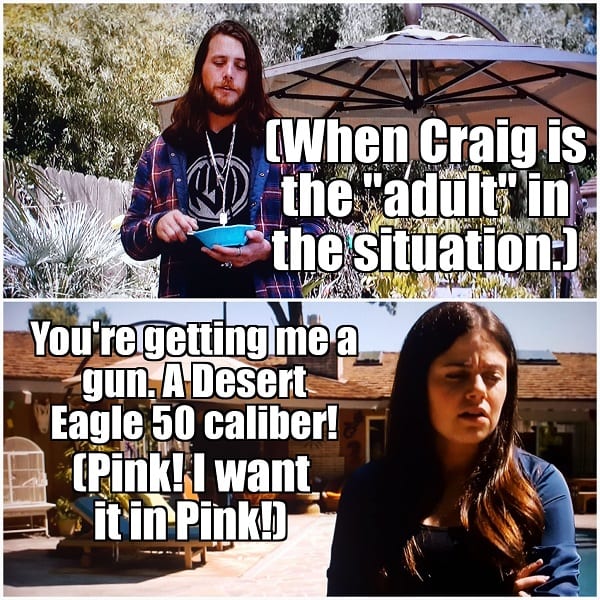 Pope gets closer to Amy when her brother shows up and returns a dog that she gave her son. Her brother is raising her son. She seems to have it together in past episodes, but this situation turns her into a basket case. Pope can see her family isn’t very supportive, while his own family puts up with each other through any screw up. He finally sleeps with him, despite her previous prohibition on premarital sex. 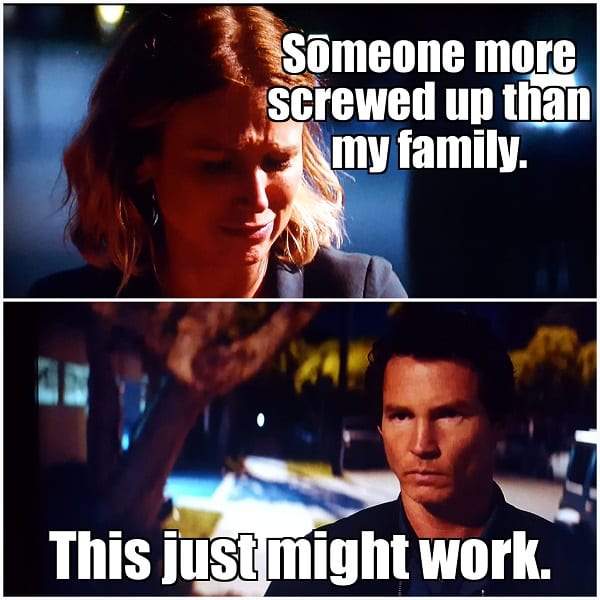 Smurf tracks down Jake to get her money. Now we know where Craig gets his impulsiveness. Jake has already blown through $150,000 on hookers and partying. Smurf has no intent on killing him since he’s Craig daddy. But she has to pay him back, so she shoots him in the leg after knocking him down with a stun gun. 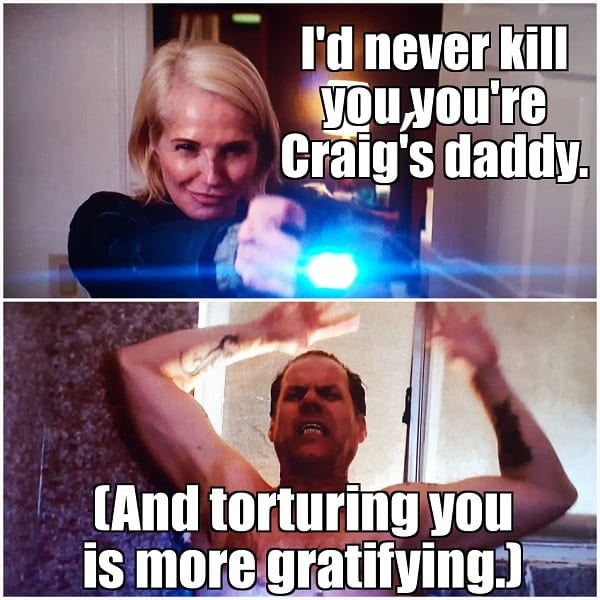 When Smurf gets home, Josh gets tongue tied about finishing his job laundering the rent money. He thinks she might know about the storage unit. Baz had reminded him that Smurf really only cares about herself and she needs them more than they need her. Josh is still keeping tight lipped about which side he’s playing – Smurf’s, his uncles, or his own. 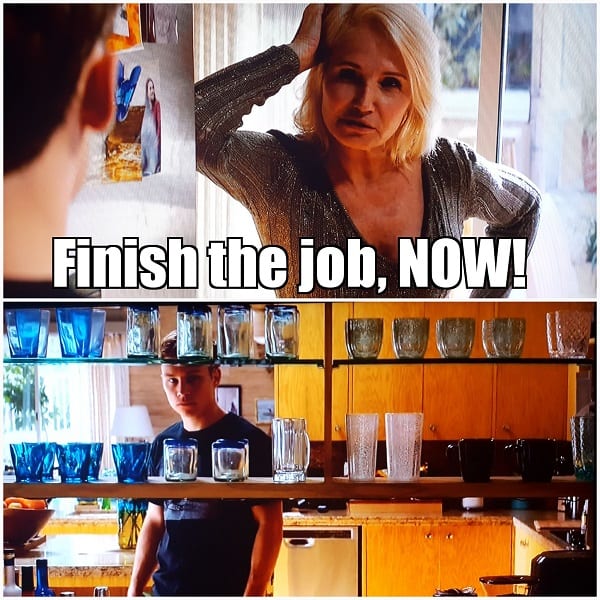 The week ends with Smurf opening up her empty storage unit. We’ll have to wait until next week for her response. 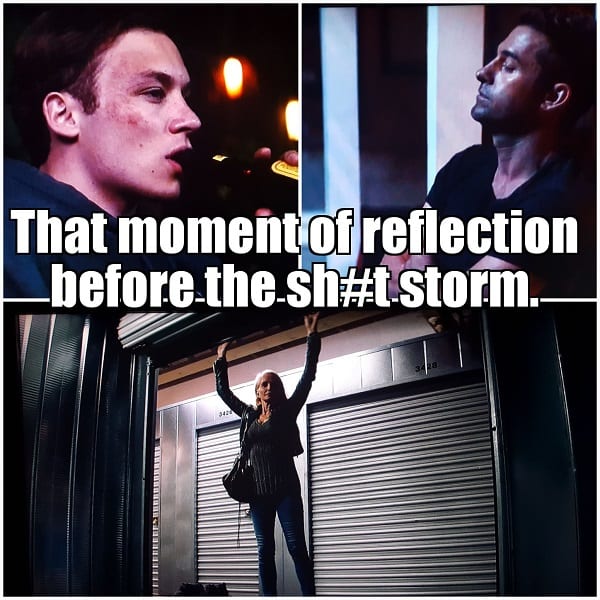 How quickly will Smurf track down Baz? How badly will Nicky screw up the yacht job for the boys? Will Marco prove to be a liability? Will Pope end up having a baby with Amy? And will Josh rip off everyone and walk away? Find out on Animal Kingdom, Tuesday’s at 9pm on TNT.