This week we see the older boys inch towards life without Smurf. Josh sticks with Smurf and bides his time. And Nicky explores her new home and catches onto the family business.

Josh learns a bit about Smurf’s past when they attend Manny’s wake. He learns Javier isn’t Smurf or Manny’s kid, just a kid abandoned by one of their old crew members. Smurf wanted to get rid of Javier when he was a child. 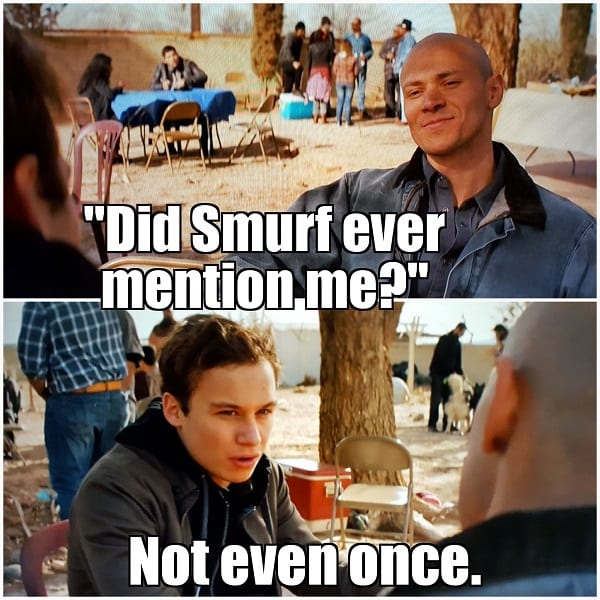 Manny’s crew wanted Javier out in the end. Javier’s crazy. And it turns out Manny started recording all his past exploits and Javier has all the tapes. Will Javier extort everyone? 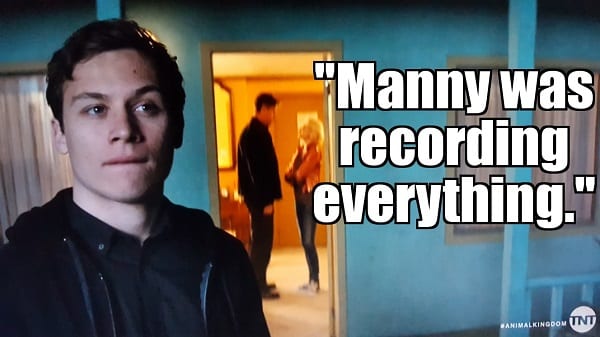 Smurf tells Josh about the fun she and Manny had using her as a “hostage” in robberies. Josh surprises her by staging a diner robbery the same way. 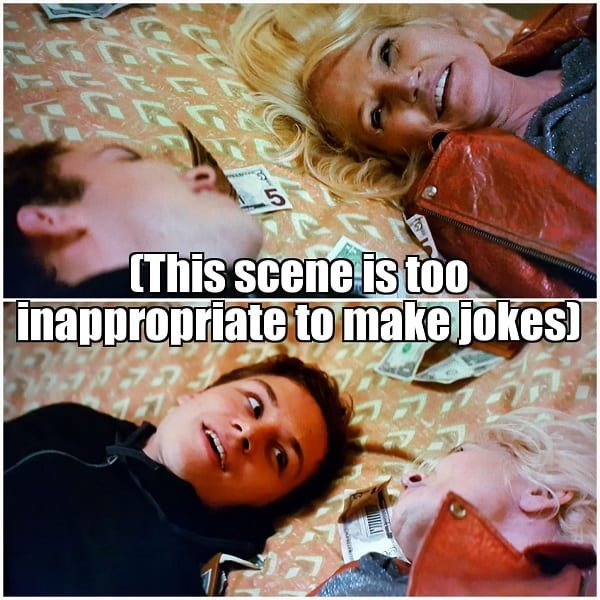 In a strange show of loyalty, Josh promises to shoot Smurf if she ever starts losing her mind or rolling over on people. At least she wants to honor all her partners. 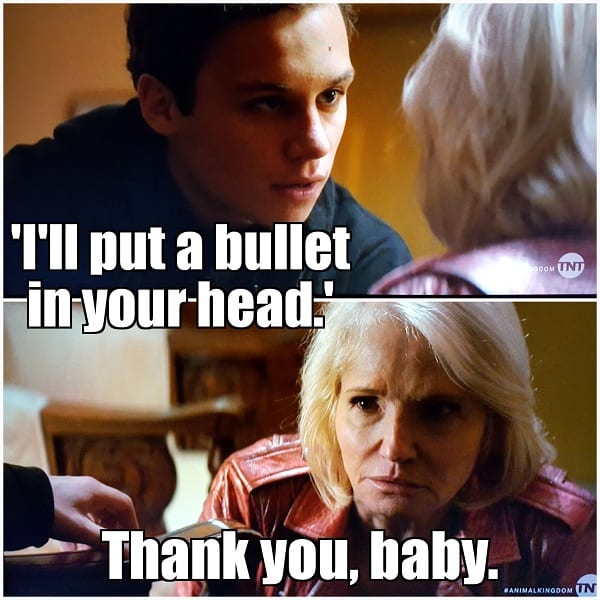 Baz, charmer that he is, is still down in Mexico, picking up supplies. Last week he told Lucy he was there for her. This week he reminds her that her son shouldn’t get too used to him being around. She’s well aware Baz shies away from any hint at fatherhood. He seems a little hurt that she isn’t upset by his inevitable absence. 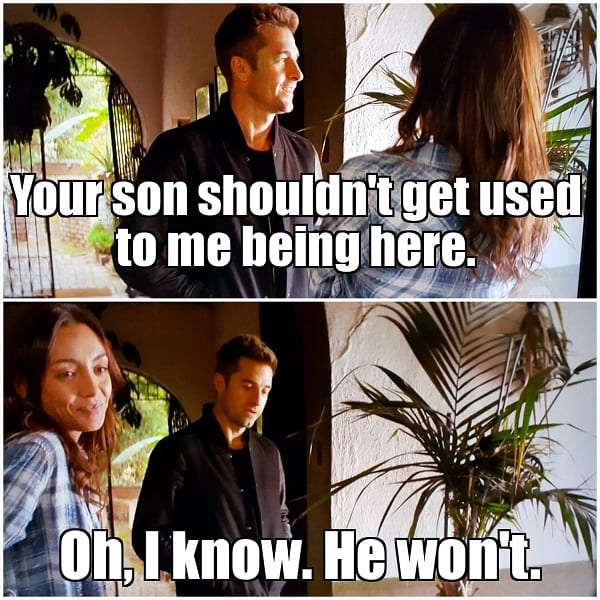 He agrees to help out Lena’s brother, Marco, by selling off a stolen bracelet. Is Lucy setting Baz up for a fall with the bracelet? When Baz tries to unload the bracelet he is hit with the reality that Smurf poisoned her contacts against him. Smurf’s contact won’t accept his credit card scam. It seems no woman cares about their long term relationships with Baz. 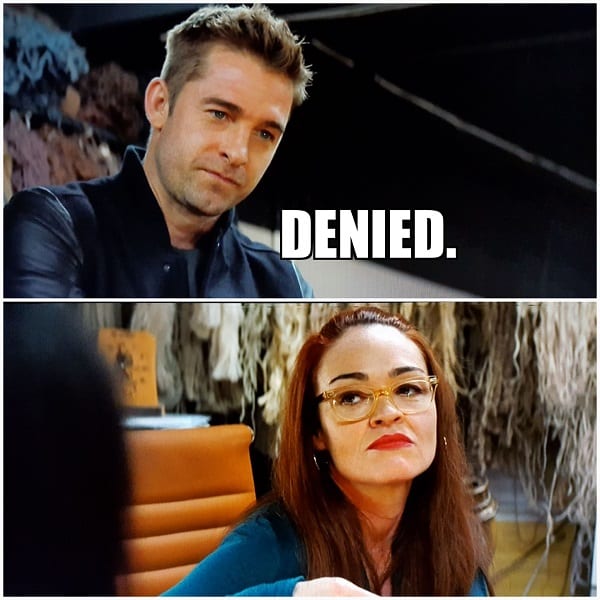 He goes around her to her assistant, who is an unappreciated lackey for her boss, like the Cody boys are with Smurf.

Lena’s care falls on Pope with Baz gone in Mexico and Smurf in the desert. Pope builds trust with members of the church he plans on robbing, discussing a verse on how God always helps you endure any trial. At Bible study, Amy, invites Pope to a softball game. When Lena asks him if her mom is dead, he lies and tells her there’s no reason to think her mom is dead. 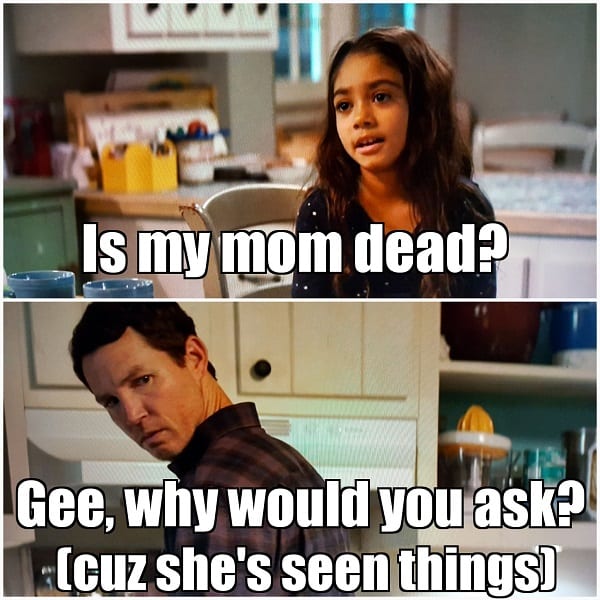 Later Pope grabs a hot metal pan and burns his hand deliberately. Was he punishing himself for the lie? Did he need an excuse to get out of the softball game? When Amy arrives she confesses that she lost custody of her son after a drunk driving accident. Maybe he has a real shot with her if she’s messed up too. 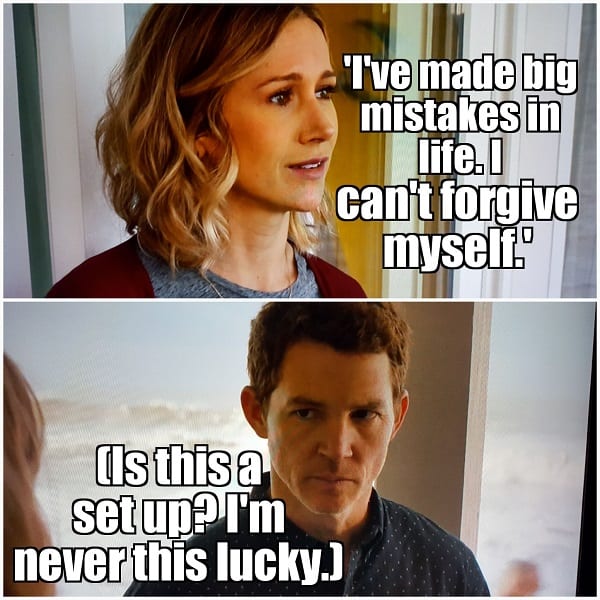 After a pigeon hits their window, Pope and Lena are faced with killing the bird so it doesn’t suffer. He’s hesitant to kill it, and at the last minute it rights itself and flies off. Is this God giving him another chance at redemption, or a reminder that Cathy would have flown off, if Pope hadn’t killed her.

Pope tells Lena not to talk about the softball game with her dad, Baz. Is Pope setting Baz up for a fall on the church job? Pope did go to jail to save Baz before. And Baz smacked Pope down, telling him no woman would ever want to have a kid with him. Or does Pope, like Deran, just want something outside the reach of the family? 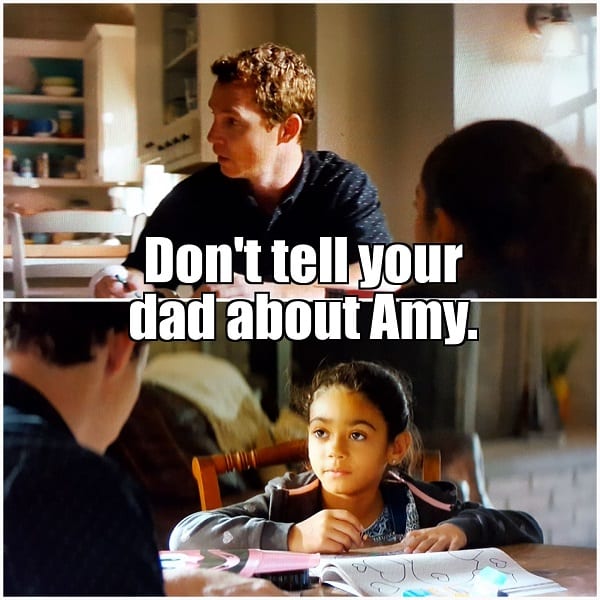 Deran interviews a bartender and learns the ropes of a legitimate business. Will Craig and the family infiltrate Deran’s dream? The bartender admits she had sex in the bathroom years ago and Craig takes notice. Of course he does. 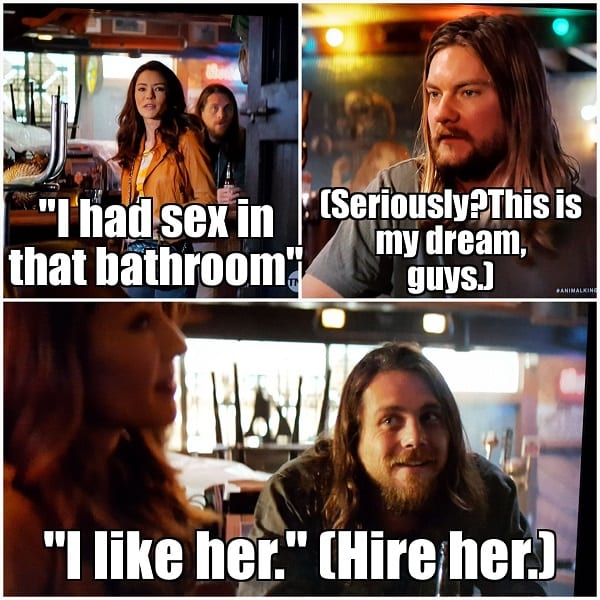 Deran’s tolerance for Craig has started to wear thin when he keeps insisting he is part owner and doing stupid things, like knocking down the wrong wall and telling Nicky about the bar. 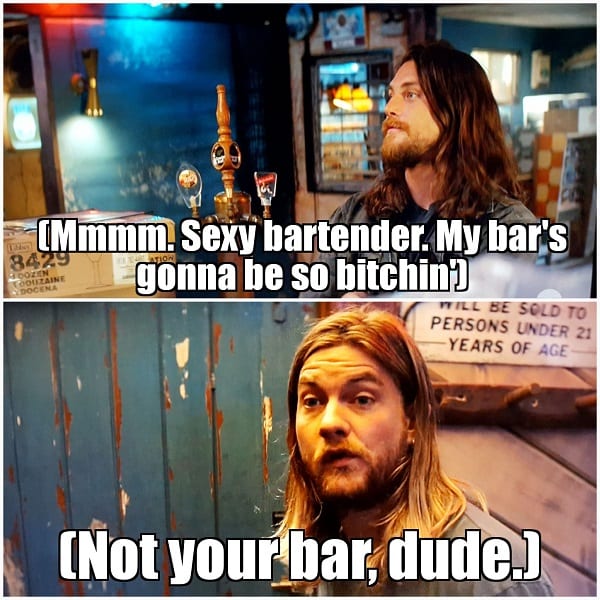 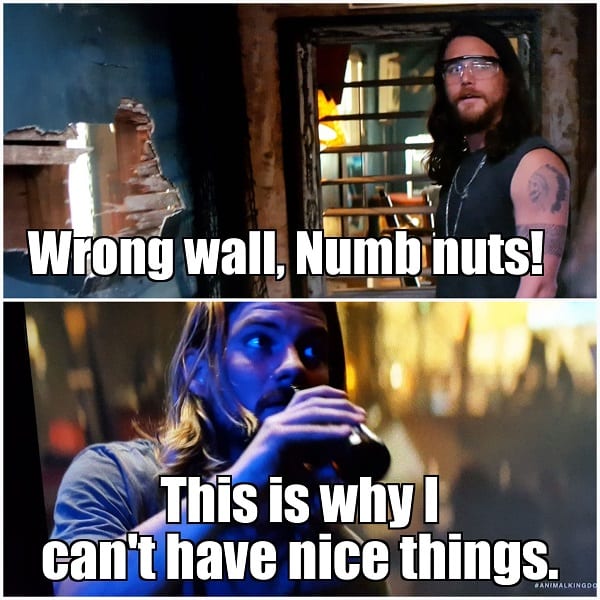 Deran is worried about the liquor license due to his record. Craig tells him to bribe the inspector. But Deran tells the inspector a convincing story of why he stole a car in his early years. Who knows if the story is true, but the inspector gives him the green light. 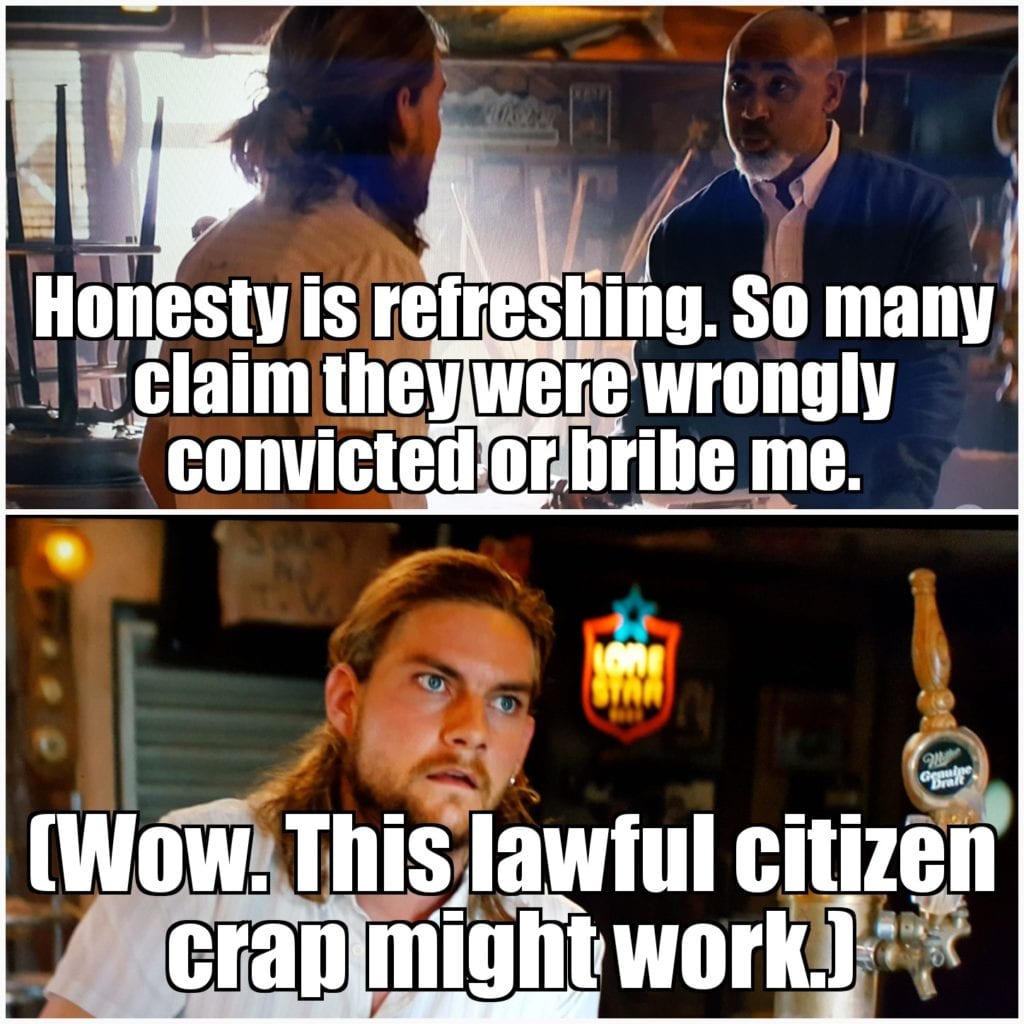 Deran doesn’t admit to Craig that he didn’t bribe the inspector. Will Craig put his foot in his mouth with officials later on? And will Nicky tell Smurf about the bar?

Nicky, now living with Smurf and left alone, continues to pester Craig for attention. Nicky is onto the family’s bigger crimes, after snooping in bedrooms and finding cash and guns. 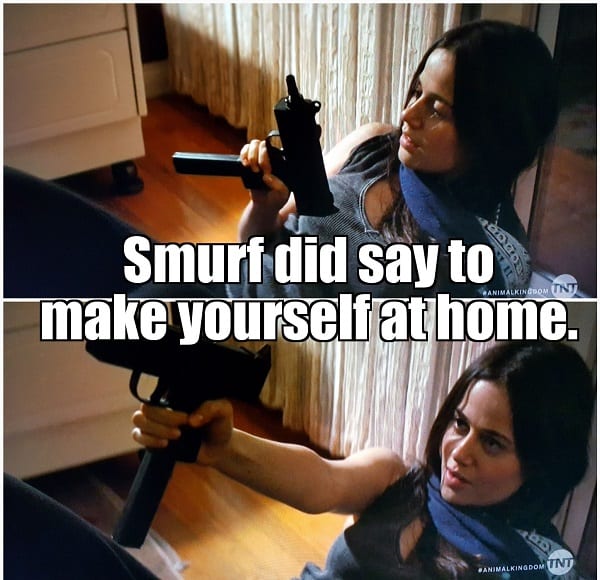 She surmises her father left because the family roped him in on a job on the military base. Unlike her father, she’d like to stay in the action. She lays down the hammer on Craig when he arrives to break up with her. He clearly likes being pushed around by women. That must be Smurf’s lasting impression. He ends up in bed again, instead of breaking it off. 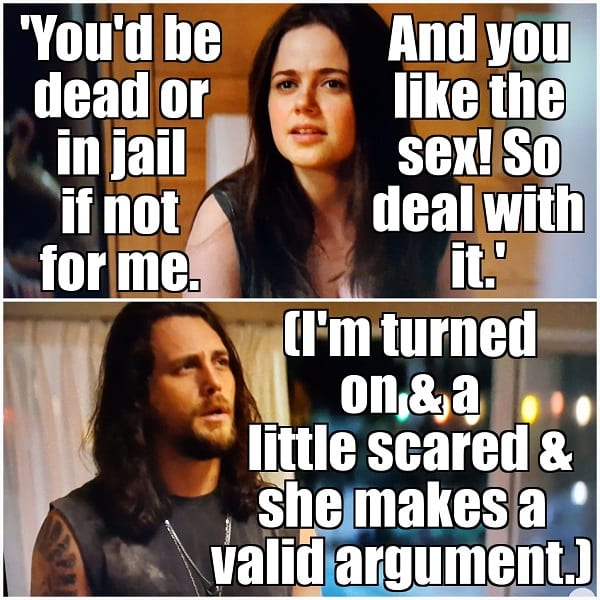 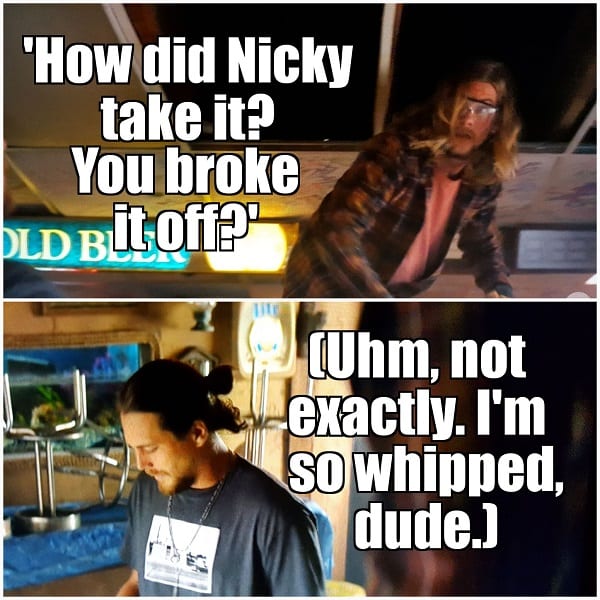 Will Baz find new connections without Smurf? Will Pope convert to the straight and narrow to escape Smurf? Will Nicky keep Craig out of jail and the ER without Smurf? Will Deran keep the entire family from corrupting his bar? And will Josh actually shoot Smurf if she goes crazy? (And she will go crazy if the boys succeed without her.) Find out on Animal Kingdom, Tuesday’s at 9pm on TNT.