The Walking Dead star Andrew Lincoln is starring opposite Naomi Watts in the upcoming film titled Penguin Bloom.  The film arrived on Netflix on January 27th and it just got the Rotten Tomatoes treatment and score. The film, which also stars Naomi Watts, is a treat to most fans and critics.

As of the time of this article, Penguin Bloom has a Critics Score of 67%, which is Certified Fresh.  The film also has a score of 72% with fans.

Here’s a bit of what the critics are saying;

Thelma Adams, AARP, “While it’s all a bit on the nose, that nose will be running, and hankies coming.”

Richard Roeper, Chicago Sun-Times, ” Watts is such a chameleon of an actress, such a pro at slipping into a vast array of roles without drawing attention to the mechanics of her work, that we almost take for granted how damn good she is – and she delivers beautiful and resonant work as Sam. ”

Richard Crouse, ” The story of struggle and survival, both human and avian, is predictable. Just as Penguin learns to take to the skies through trial and error, the film takes some wrong steps, but ultimately makes your spirit soar. ”

Poulomi Das, Firstpost, ” The characterization in Penguin Bloom feels too generic for its own good — there’s a curious distance that the film maintains while prodding at their inner lives. ”

We think the film is uplifting and encouraging.  Watts is phenomenal and the performance is moving.

The film is based on a true story about a tiny Magpie chick which changed the life of an entire family with Lincoln playing the role of Cameron Bloom. Watts will play his wife, Sam Bloom. Deadline describes the film as follows, “Cameron and Sam Bloom and their three boys were an everyday family until a shocking, near-fatal accident left Sam paralyzed. She fell from a balcony while on holiday in Thailand, and was left paralyzed from the chest down. As the family struggled to adjust to her new situation, an unlikely ally entered their lives in the form of an injured Magpie chick which the Bloom clan called Penguin. The wild bird became a mascot for the family.” 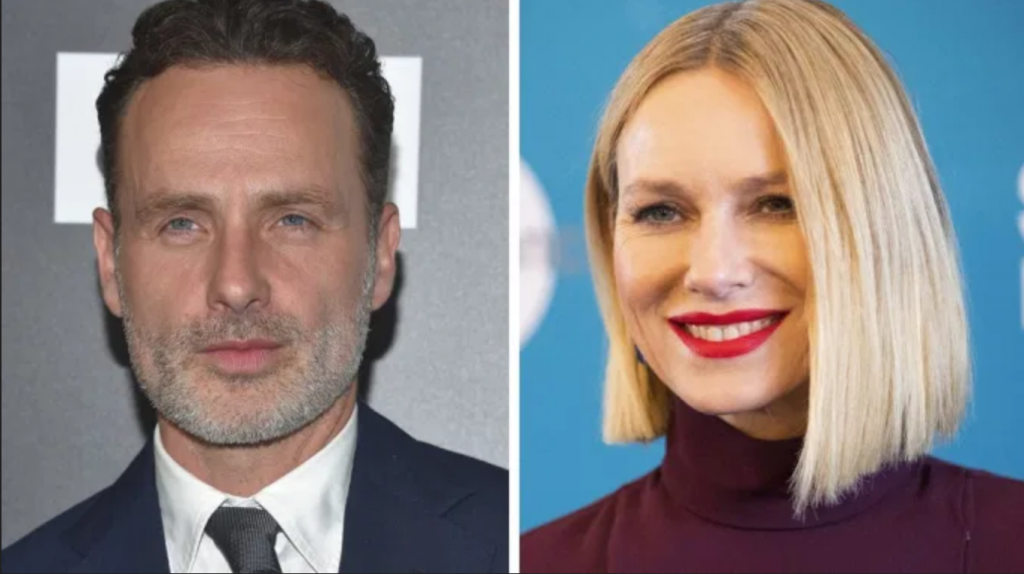 Speaking to Variety, Watts and her fellow producers said: “We all fell in love with the life-affirming nature of Sam’s story and her undeniable spirit. The emotional journey she and her family go on after Penguin enters their lives is unforgettable.

“We have a wonderful partner in Netflix and we’re delighted they will be bringing Penguin Bloom to audiences around the world.”

The real story was initially developed into a book by Bradley Trevor Greive and titled Penguin the Magpie. The upcoming film’s producers said the story just completely captivated their hearts. They said, “We were all captivated by this heart-warming story of resilience, the power of family and hope. We’re thrilled to have the supremely talented Andrew Lincoln on board to bring the Bloom’s story to audiences around the world.”

Andrew Lincoln left the hit television series The Walking Dead after almost 10 years on the show. Lincoln is set to reprise his role as Rick Grimes in an upcoming trilogy of films based around the character.

What do you think about Andrew Lincoln’s newest role?  Have you watched the film? Let us know your thoughts in the comment section below.