Andrew Garfield‘s 29th birthday tale is guaranteed to give you the giggles.

Recently, the actor told W Magazine that he, his Spiderman co-star and then-girlfriend Emma Stone, and eight of his closest friends decided to party at Disneyland – but not before scarfing down some pot brownies, causing them to become extremely high.

“They came out to L.A. to surprise me. We went to Disneyland. We ate pot brownies. It was literally heaven. How about Space Mountain three times in a row? I freaked out on It’s A Small World. I was like, ‘It is a f***ing small world.'” 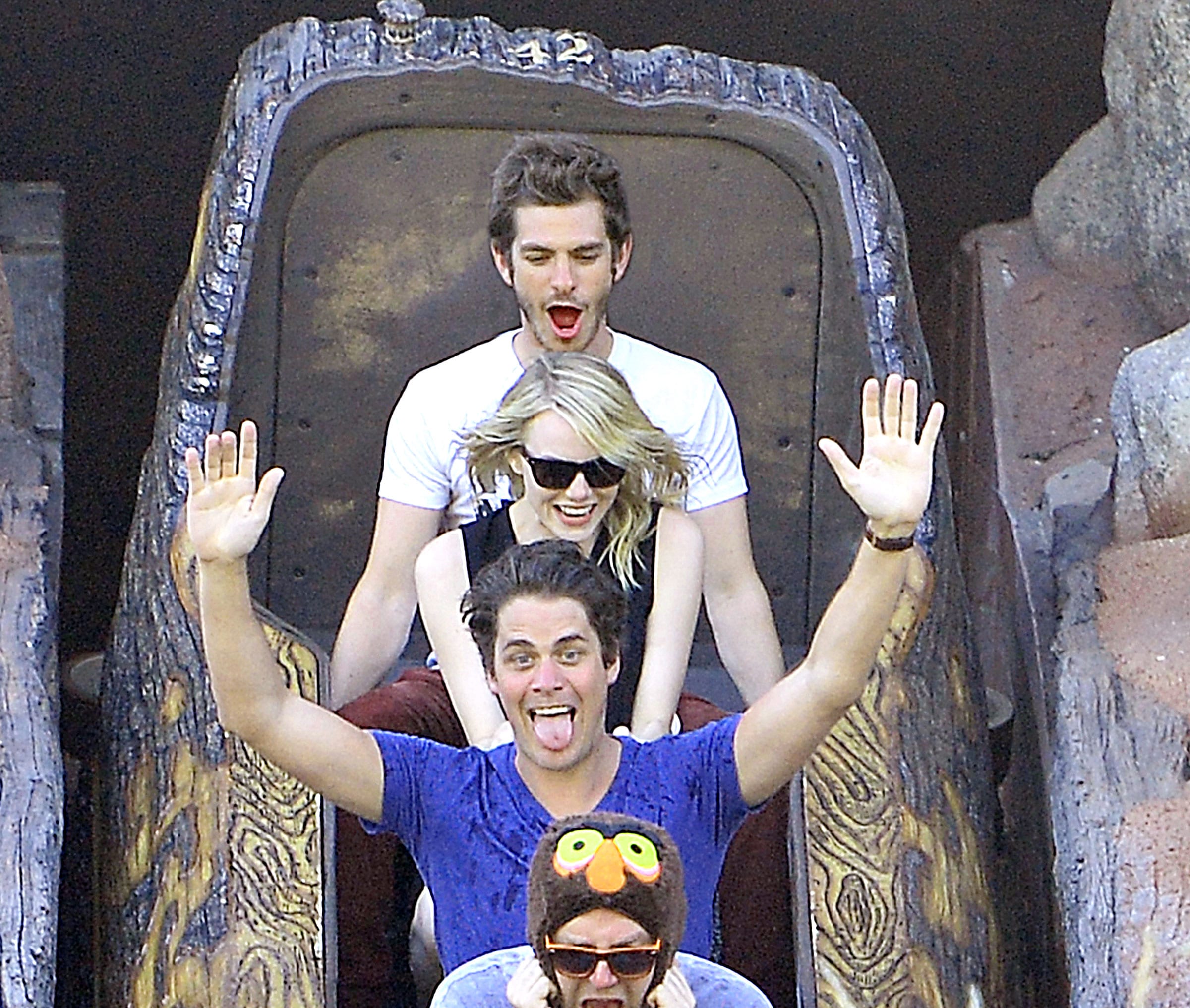 Garfield then proceeded to tell of how he and his friends did a “goofy” dance for the camera that was recording them while walking through the park before issuing an apology to his tour guide.

“We had this girl called Chantelle – bless you, Chantelle, wherever you are – she was our guide. And I think she was that innocent and pure of heart that she had no idea that we were on drugs. [She even told us] ‘You guys are great. I wish all of my guys were like you.'”

Garfield will next star in Martin Scorsese’s Silence, along Adam Driver and Liam Neeson, the story of two Catholic missionaries who face the ultimate test of faith when they travel to Japan in search of their missing mentor – at a time when Catholicism was outlawed and their presence forbidden. The film hit theaters everywhere tomorrow.