So, dear readers my first step as I start to write and research or play on Facebook is turn on Netflix and just let something play in the background. Today the first screen is Watch Season 1 of ‘American Vandal’. I read the blurb and re-read it because I wasn’t sure exactly what it was trying to tell me without telling me. However, I found out quickly that I should have just continued to ‘Family Guy‘ re-runs but not before I was sucked into this 8-episode train wreck. We have all seen a movie or show that we watch in horror and yet can’t turn it off because we have the sick twisted need to see how it plays out. Well, that is how I spent my Friday evening. 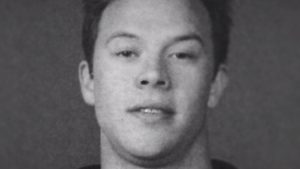 I spent the first two episodes of ‘American Vandal’ trying to figure out if it was a legit documentary. I must give them credit it is very believable. If it wasn’t for the simple fact I sort of remember seeing some of the actors in other roles I might have gone through the whole season thinking it was real. I am aware that makes me sound extremely stupid especially after you hear the topic of said documentary. However, do you remember how many people thought the ‘Blair Witch Project’ was real? So give me a break it is has been a long week.

So, Netflix released season 1 of ‘American Vandal’ this is an 8-episode mockumentary that is based on a high school that has been vandalized by an unknown artist who spray painted…. um well, they spray painted male genitalia on 27 cars belonging to 27 different teachers. The school has expelled the school’s known “Trouble Maker” Dylan Maxwell as the culprit, however, two budding high school news journalists decide they want to get to the truth.

So, we watch as they interview the witnesses, find evidence, investigate just how those 27 penises ended up on those cars in a true crime mystery documentary style. Yes, dear readers, it is eight episodes of a show that is based around these two kids investigating why someone spray painted penises on cars at their high school. However, just as I said it is like a train wreck you just can’t turn it off and you eventually become so invested in figuring out who in this high school could possibly spray paint 27 penises that all look the same. I can’t doodle 2 hearts that look the same much less spray paint 27 huge penises on cars. So, this is not a family-friendly show even if it is based on a bunch of high school kids. What concerns me more is they marked this as season 1 I am a little concerned as to what season 2 will be about.