Mike Wolfe from the TV show American Pickers asked fans to pray and respect Frank Fritz’s privacy after he recently had a stroke. Fritz, 56, was hospitalized last week. Wolfe, 58, and Fritz have not been seen together on American Pickers since March 2020. There were reports that the two haven’t spoken to one another in years.

“We asked that everyone keeps Frank and their thoughts and prayers,” a representative for Wolfe told PEOPLE in a new statement Monday. “The most important thing is that we allow him time to heal and giving [sic] him the space to do so.” Wolfe offered no further details. T

Wolfe shared a photo of Fritz on Instagram, which marked the first time Wolfe has mentioned Fritz on Instagram since July 2021. Wolfe said that now was not the time for him to set the record straight on the status of his relationship with Fritz. Instead, it was time to pray for Fritz.

“I have been very private in the past year in regards to Franks’s life and the journey he’s been on. There [have] been lots of opinions in regards to mine and Frank’s friendship and the show but now is not the time to set the record straight,” Wolfe wrote. “Now is the time to pray for my friend.”

“Frank has suffered a stroke and is in the hospital. Please keep him in your hearts and thoughts,” the History Channel star continued. “Frank I pray more than anything that you make it through this okay. I love you, buddy.” 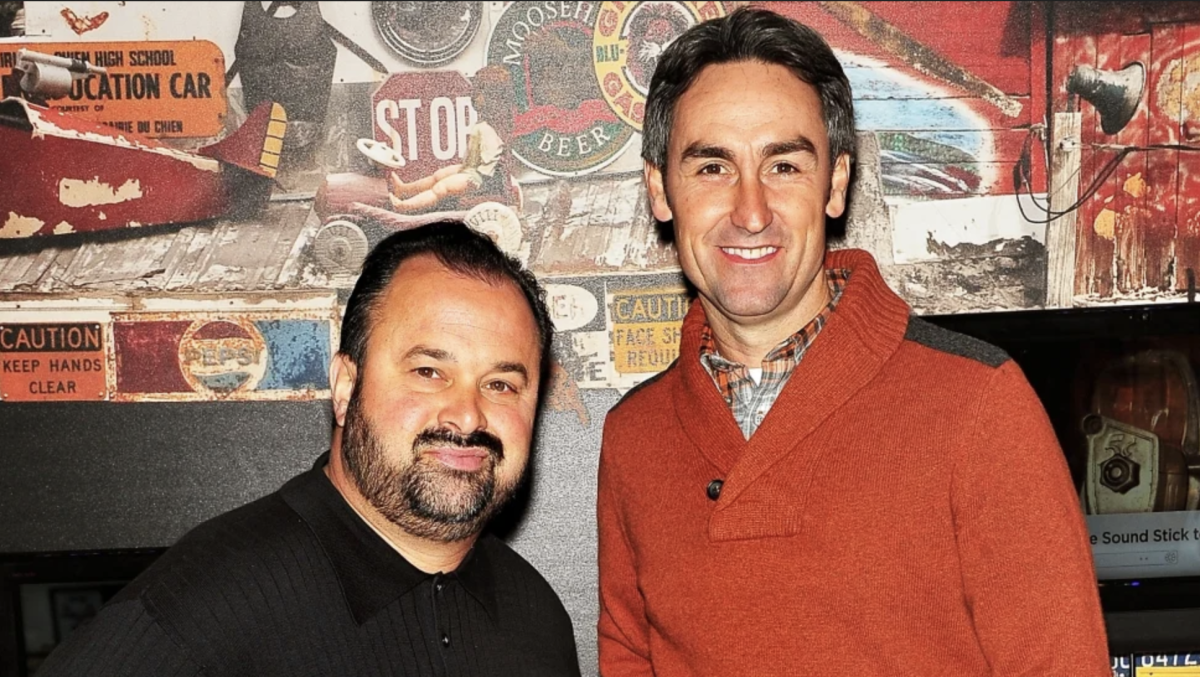 Wolfe and Fritz were on American Pickers together for a decade until Fritz left the show in March 2020. In July 2021, Fritz told The Sun he hadn’t spoken to Wolfe in two years because Wolfe never checked up on him after his back surgery. He also said he went to rehab for alcohol abuse before History fired him. Fritz’s split from his longtime girlfriend also contributed to his decision to seek treatment, he said.

“I’m feeling really good. Life is good and I’d like to get back into the swing of things. I wish I had done it five years ago, I would have been a different person,” Fritz told The Sun in July 2021. “It was the best thing for me and I wish I had done it sooner or I wouldn’t be in the position that I am right now. I’d still like to get back to my job, I miss my friends and my people and being on the road and meeting all those different characters.”

Wolfe and the History Channel confirmed that Fritz would not be returning to the series. A new season recently began, with Wolfe’s brother Robbie Wolfe joining Wolfe and longtime co-star Danielle Colby. The show continues to follow Wolfe as he searches for hidden treasures across the country to stock his store Antique Archaeology.

“The support that you all have given us has been a constant reminder of what the show’s message has always been; thru these places, people, and things we all have a common thread. We’re here to not only take care of the past but also each other,” Wolfe said in July 2021. “I will miss Frank, just like all of you, and I pray for the very best and all good things for him on the next part of his journey.”