It’s been just over a year since the season 15 finale of the reality singing competition show American Idol ended in a total cliffhanger. 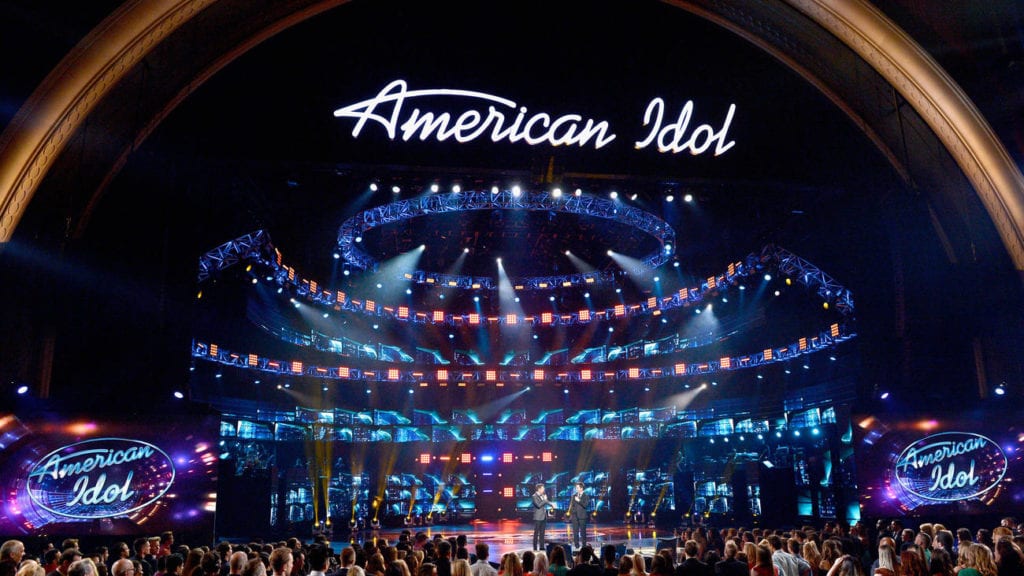 Sure, Ryan Seacrest “dimmed the lights” and they officially crowned a winner of the competition and all but, when Seacrest gave his final sign off, he shocked audiences.  Having hosted for all 15 seasons, from the beginning to the end, Seacrest closed out the show one last time, slightly choked up and holding back tears.  He thanked the audience at home for watching and ended by saying a heartfelt, “Goodbye…… for now,” before the screen cut to black.

Even when word got around that season 15 would be the final season of American Idol there were very few who actually thought it would be the final, FINAL season.  Buzz and rumors were that the series was being moved to a new network and would be revamped to bring in a new audience.  Since the show has gone off the air, there has been little discussion about a potential reboot, until now.

Several outlets are speculating that the series may be close to finding a new home but, this time, on ABC though, it’s also being said that Fox isn’t completely out of the question.  Sources tell The Hollywood Reporter that ABC is considered the front-runner to land the singing competition’s return — though Fox is still said to be in the mix. ABC, Fox and producers FremantleMedia and Core Media Group all declined comment at this time.

As a huge music lover and a fan of the earlier years of the show, my thoughts are, leave well enough alone.  The show has run its course and doesn’t need to be revived.  Back in the beginning years, the series was interesting, fun and ground-breaking.  The show successfully launched the careers of some huge talent such as the original Idol, Kelly Clarkson as well as Carrie Underwood, Chris Daughtry, Kellie Pickler, Scotty McCreary and Jennifer Hudson.  The series, as a whole, however, did not age well.  The contestants were all talented but, few had that likable factor that we saw within the earlier years and lacked that true star power that the notable winners possessed.

The series still posted respectable ratings, even in its final season but, my guess is that was mainly because of the judges.  Simon, Randy and Paula were entertaining.  You loved to hate Simon Cowell, couldn’t wait to see what kind of crazy came out of Paula Abdul that day and wanted to see who was Randy Jackson’s top dawg that week.  Over the years, a slew of other judges filled that panel.  Perhaps the most infamous of them all was the year Nicki Minaj and Mariah Carey were judges but, in the final season, you had Keith Urban, Jennifer Lopez and Harry Connick Jr. who seemed to play well off of each other and offered sincere and constructive advice to the contestants.  People wanted to watch that judging panel.

And, that brings us to Ryan Seacrest, who has hosted the show since the beginning.  It was announced this week and Seacrest will be taking on the role of co-host along side Kelly Ripa.  With that announcement in play, Seacrest wouldn’t be able to host the series unless it was moved to be based in New York where the Kelly and Ryan show will be housed.  If Seacrest couldn’t host the show, would it really be able to be considered American Idol?

There are still many questions up in the air and, nothing is finalized yet so, only time will tell if the series can make a comeback on a new network.  What do you think about American Idol potentially making a comeback?  Sound off in the comments section below.