Sunday night, during AMC’s retrospective 2-hour special of The Walking Dead: The Journey So Far, it was announced that the hit TV series has officially been renewed for an 8th season.  The companion after show series, Talking Dead, has been renewed as well.

Season 8 is predicted to premiere late (if we were placing bets, we would go all in on October) in 2017 and will kick off with the 100th episode of the series.  Scott Gimple will be returning as showrunner.

“Eeny, meeny, miny, more… What a joy to partner with Robert Kirkman, Scott Gimple and some of the hardest-working people in television to bring The Walking Dead to the fans. And, most important, thanks to those fans for breathing life into this remarkable series right along with us.”

Speaking of the fans, we are in the home stretch, folks!  The Walking Dead is just one week away from its season 7 premiere which is quite possibly the most highly-anticipated season premiere ever, to date.

The season premiere will air on AMC next Sunday, October 23rd, at 9 pm and will be followed by a special (and what’s sure to be an emotionally-charged) 90-minute episode of Talking Dead.  Talking Dead will feature all 12 cast members who appeared in the finale cliff hanger scene from season 6 as well as Scott M. Gimple and Robert Kirkman.

Next week is going to be a rough one, guys.  Are you ready? 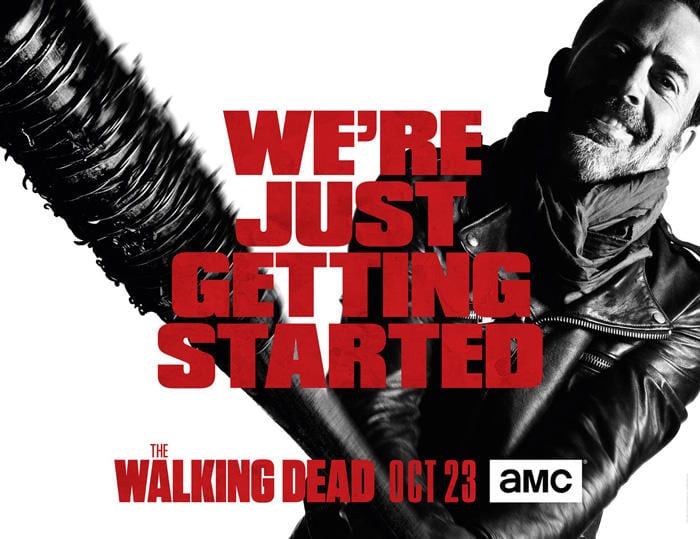