With Fear the Walking Dead returning for the second half of Season 2 next Sunday and, with just a little over 2 months left to go until the Season 7 premiere of The Walking Dead, AMC will be airing two preview specials tonight for the upcoming premieres.

After the conclusion of the Season 6 marathon (and the re-airing of the infamous and super creepy cliffhanger finale episode) AMC will air a special episode of Talking Dead previewing the upcoming highly-anticipated Season 7.   The special will be hosted, of course, by none other than our favorite aftershow TV therapist, Chris Hardwick and will feature special guests including Austin Amelio (Dwight from The Walking Dead) and show super fan, Yvette Nicole Brown.  The hour-long Talking Dead preview special will air tonight at 10pm EST on AMC. 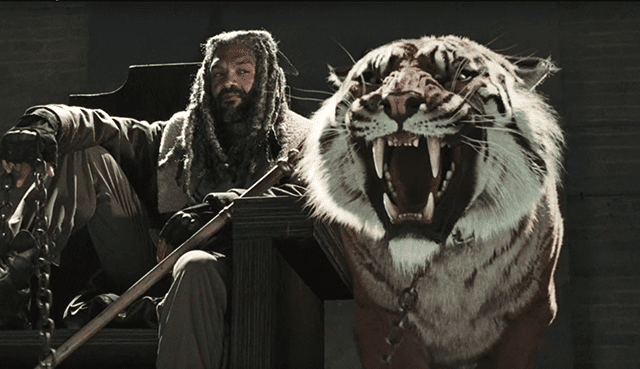 According to AMC, “the hour-long special will give fans an early look at what to expect in the upcoming season, featuring exclusive interviews with the cast, executive producers and special guests, as well as behind-the-scenes moments.”

We can’t WAIT to see what these preview specials have in store!

Fear the Walking Dead officially returns for Season 2B on Sunday, August 21st at 9pm EST.

The Walking Dead Season 7 premiere (aka. the EPIC conclusion to the Season 6 finale cliffhanger) will air on Sunday, October 23rd at 9pm EST.