The midseason premiere of AMC’s The Walking Dead is exactly one month away and the network is gearing up for what’s sure to be the biggest episode in series history.

On Thursday, AMC released brand new key art for the upcoming second half of season 8.  It’s difficult not to have an outright emotional response to the newest design for this season.  The new art shows Daryl Dixon (Norman Reedus) and Michonne (Danai Gurira) ready for war.  The two characters are standing in line with Rick Grimes (Andrew Lincoln) leading the charge.  Rick’s face says it all.

Another new photo shows Rick and Negan (Jeffrey Dean Morgan) in “The Last Stand.”  Check out the art below: 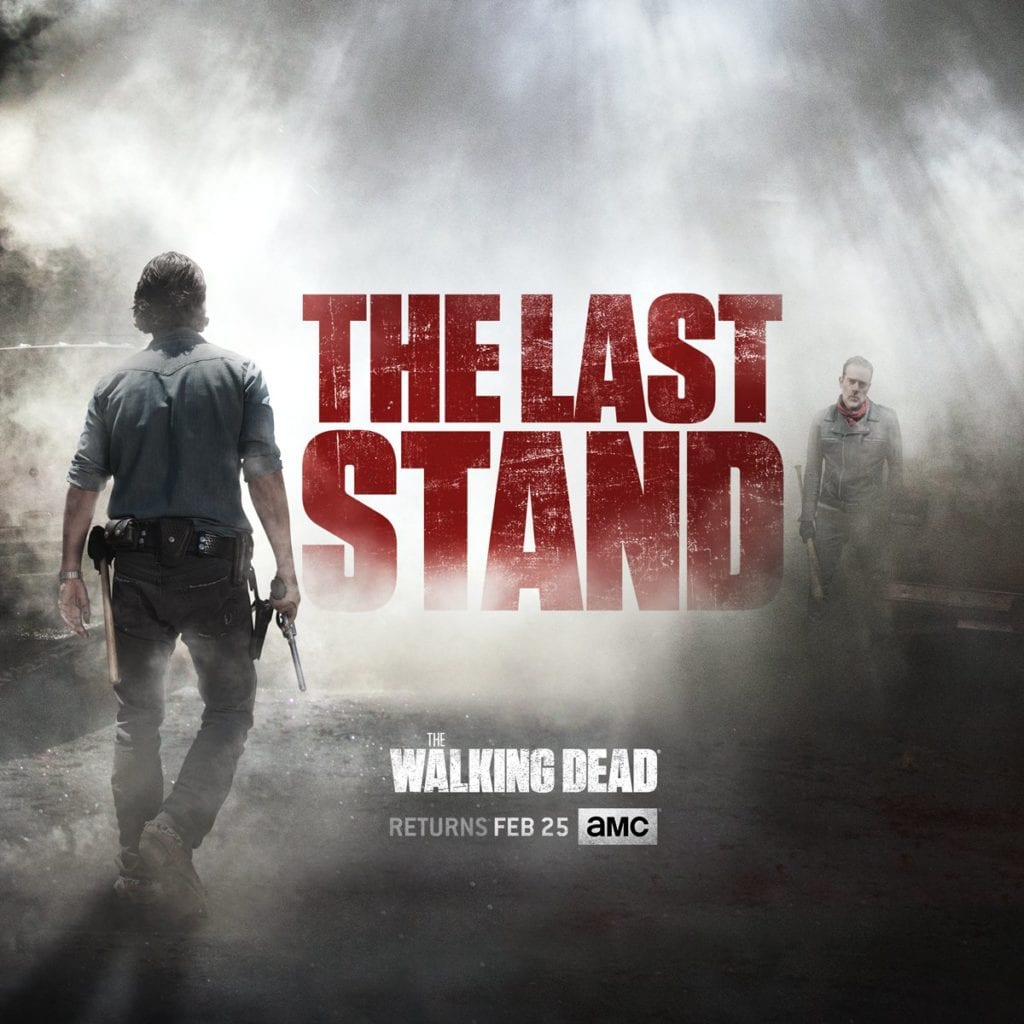 In addition to the new art, AMC also released a synopsis of the back 8 episodes which, according to Deadline, reads as follows:

“Following the “All Out War” tagline for Season 8A, the second half of the season picks up with the devastating effects of war apparent. The communities are fractured. Alexandria has been destroyed, the Hilltop finds themselves pinned, and the Kingdom is shattered — half of them dead, the other half controlled by the Saviors.

AMC’s continued synopsis: At the very center — Rick, having been distracted by the conflict, has just returned home to learn that Carl, who heroically shepherded the Alexandrians to safety during Negan’s attack, has been bitten by a walker. Once his sole motivation in this otherwise stark existence, Rick is forced to deal with this reality. Carl has always been a beacon of hope, a symbol for the remaining thread of humanity — lessons that the survivors around him would be wise to take with them as this war surges onward.

But Rick isn’t the only person who’s living in peril. Aaron and Enid are in a dire situation at Oceanside — unclear if they’re in friendly territory, or if they’ve just made new enemies. Father Gabriel will do his part in attempting to smuggle Dr. Carson safely back to the Hilltop and a pregnant Maggie is wrestling with the many moral gray areas that come with leadership during war. In a standoff with the Saviors, she must decide how to proceed with the dozens of POW lives she’s currently in control of, as well as new complications that come with being a leader.

In addition to the war, Negan continues to deal with struggles within his ranks as workers, traitors, and others’ thirst for power cause conflict at the Sanctuary. Having gifted the Saviors a major victory, Eugene’s loyalty is repeatedly tested as new obstacles present themselves.

As all-out-war consumes us, the line between good and evil continues to blur. People fighting for what they believe in. Everybody working together for something bigger — to feel safe and have a world worth living in.”

The Walking Dead returns to AMC with a supersized midseason premiere episode on Sunday, February 25th at 9 PM EST.  What do you think of the new art and synopsis?  Are you prepared for what’s coming next on The Walking Dead?  Let us know your thoughts in the comment section below.

‘The Walking Dead’ Midseason 8 Premiere Episode Gets an Extended Runtime