On Tuesday, Heard was questioned by Depp’s lawyer Camille Vasquez about her May 27, 2016 statement in which she claimed to have obtained a temporary domestic violence restraining order so she could change the locks.

Heard testified that she was “falling apart” and had difficulties sleeping because of Depp’s entering the property, adding that building staff would allow him in even if she asked them not to. 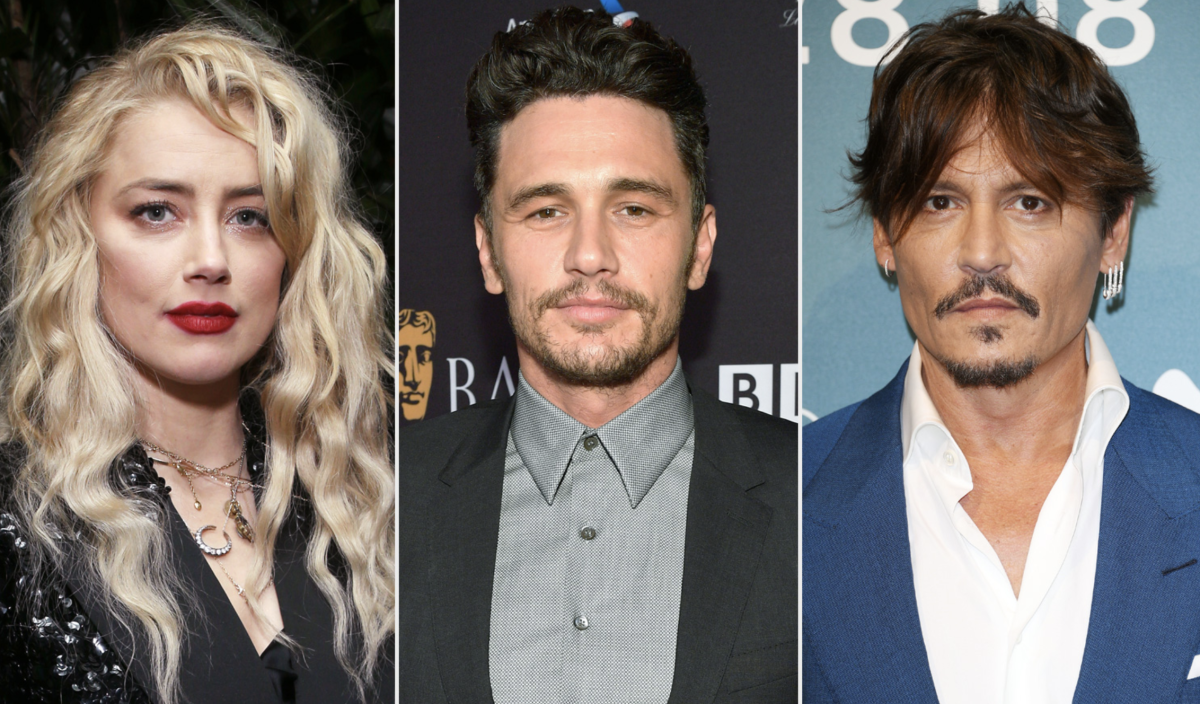 Vasquez then asked why Heard “felt comfortable having James Franco over the evening of May 22, 2016, Ms. Heard?” Heard responded, “I do not know when James came over,” to which the attorney said, “Okay, let’s remind you.” She then played elevator surveillance footage of Heard and Franco with the timestamp of May 22, 2016, at about 11 p.m. on their way up to her penthouse.

In the video, Franco, 44, is seen wearing a cap and backpack. He lays his head on Heard’s shoulder at one point; she appears to place her head on his. They then depart together from the elevator in tandem.

Heard confirmed that it was Franco in the video and that they were going to her penthouse. “That’s where I lived, yes,” she said, adding that she is unsure what she knew of Depp’s schedule at the time, when asked if she was aware her husband would be out of town.

During redirect, Heard explained about Franco, “He was my friend. And he lived next door, quite literally next door. And I, frankly, had exhausted my support network with my usual friends and was happy to welcome as much friendship at that time as I could possibly get.”

Heard stated in her statement that she was “close” with Franco, with whom she had made two movies. She also said Depp would get jealous and accuse her of having relationships with her co-stars, and he didn’t want her to act anymore.

Johnny Depp, 58, has stated that he believed Heard and Franco were having an affair.

Heard described the “nightmare” of arguments she and Johnny Depp would have regarding James Franco. She said Depp “was mad at me for taking the job with James Franco. He hated, hated James Franco and was already accusing me of kind of secretly having a thing with him in my past, since we had done Pineapple Express together.”

In December, Franco did an interview with SiriusXM’s The Jess Cagle Podcast, in which he addressed the multiple allegations of sexually inappropriate behavior made against him. He opened up about struggling with sex addiction and said, “I had girlfriends. I could never be faithful to anybody.” He added that he “cheated on everyone before” his girlfriend Isabel Pakzad. You can watch this interview below.

“I wasn’t, like, really a one-night-stand guy,” he said at the time. “Like, people that I, you know, got together with or dated, I’d see them for a long time, years. It’s just that I couldn’t be present for any of them. And the behavior spun out to a point where it was like I was hurting everybody.”

The Pirates of the Caribbean actor is suing Heard for defamation for an op-ed she penned for The Washington Post about surviving domestic abuse, even though she did not name Depp directly. In March 2019, Deppe filed a $50 million lawsuit against her. She’s countersuing for $100 million, claiming that Depp launched a smear campaign to end her career.