In addition, the attorneys for Johnny Depp have openly accused Amber Heard of doctoring photos of her alleged injuries to make her “face appear red.”

During his cross-examination of Amber Heard on Tuesday, Depp’s attorney, Camille Vasquez, raised questions about previous testimony. In the course of her line of inquiry, Vasquez displayed photographs to the court that she claimed have been “edited.”

Johnny Depp is pursuing $50 million in damages from Amber Heard after she wrote an op-ed in The Washington Post claiming she was a victim of domestic violence. The article did not mention Depp by name, but his team claims that the inference caused him significant financial losses and damaged his reputation.

Photographs of Heard appearing to have bruises and other injuries on her face were one portion of the evidence offered by her team against Depp—but Vazquez wasn’t convinced. 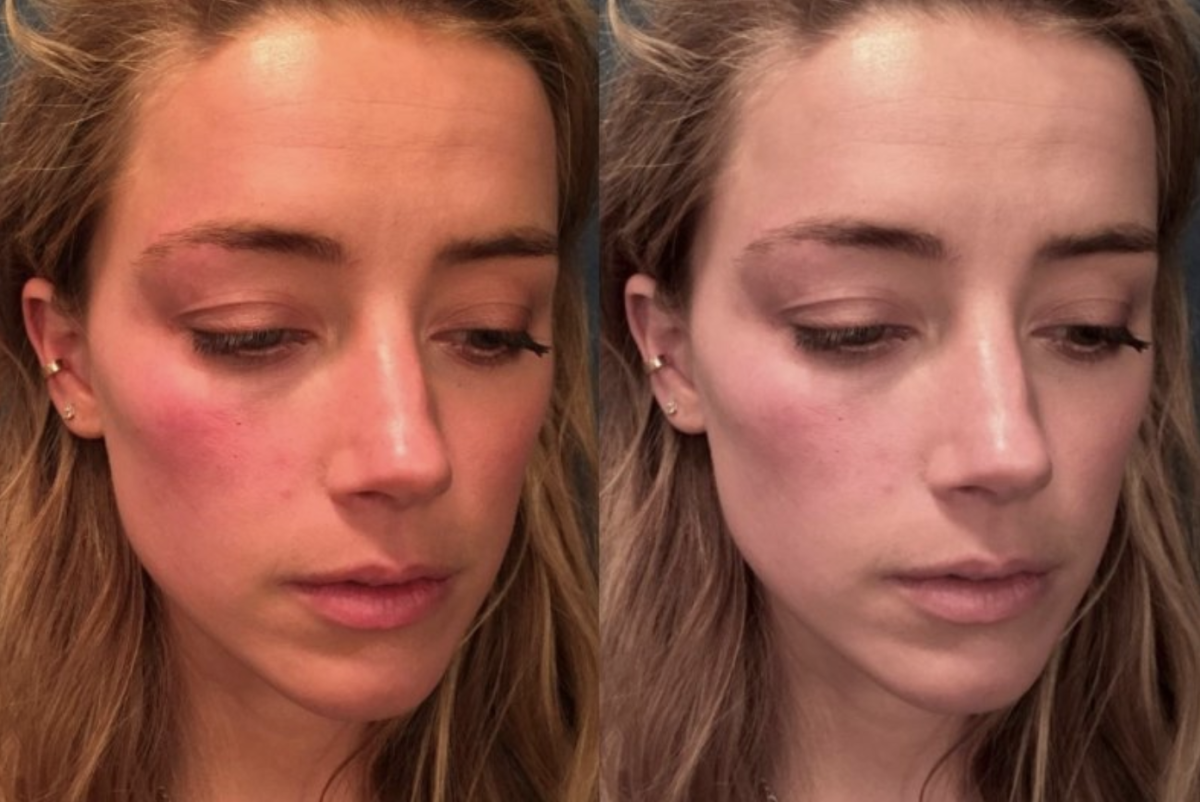 Johnny Depp’s lawyer Camille Vasquez disputed the use of two pictures as court evidence by Amber Heard’s legal team. He claimed that these two pictures were the same photograph, which Heard denied.

Heard claimed that the two images were taken at different times and under different conditions, with distinct lighting. “The light is on in both of these photographs,” Vasquez said. Heare stated that one of the lights was a “vanity light.”

“Isn’t it true you just edited these photographs?” Vasquez said to Heard. “And you just enhanced the saturation from one of these photos to make your face look more red.”

Heard denied both claims, stating that she has “never edited a photograph.”

Users on social media have challenged Heard’s account, with some of them claiming that the two pictures shown in court are the same photograph.

The altercation between Vasquez and Heard was rapidly shared on social media, with @iubililalila’s video receiving 1.9 million views. She wrote, “It’s the same picture omg” and hundreds of people agreed with her in the comment section.

“It is the same photo. every hair strand is exactly the same,” one user wrote while another added “it would be impossible to turn on a light and have your hair identically in the same position, there is something called gravity.” Another suggested that Heard could be accused of lying under oath if this was investigated further. “She just testified under oath that she didn’t edit it. If the metadata shows she did it’s [perjury].”

Vasquez has emerged as a prominent figure in the ongoing case between Depp and Heard, with many social media users praising her performance and other speculating if Vasquez and Depp have chemistry.

The case continues on Wednesday, May 18, when the jury is scheduled to begin its deliberation. Follow us for live updates from the Circuit Court of Fairfax County, Virginia.