So, 2018 brings the saga of the Mikaelsons to an end on the CW. ‘The Originals‘ is the spinoff of the popular CW series ‘The Vampire Diaries‘ which is wrapping up filming their fifth and last season. When we met the Mikaelsons during ‘The Vampire Diaries‘ we became intrigued by their own history and backstory so the writers and CW blessed us dear fans with their own show which we learned to love and hate them even more. We got to see sides to the Mikaelsons that we didn’t think they had which is a loving, caring and family oriented even if their version of family loyalty is a little more “intense” than our summer family reunion. 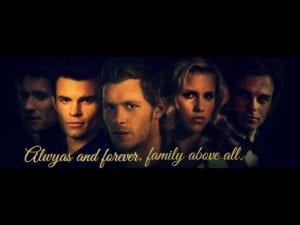 During ‘The Originals‘ we see Claus (Joseph Morgan) actually have a soft side when his daughter he has with Haley (Phoebe Tonkin) which they named Hope was born. We see the poised and proper Elijah (Daniel Gillies) fall in love and lose a little of his control. We meet the missing sister they thought they lost as small children Freya (Riley Voelkel). Then we met Marcel (Charles Michael Davis) the king of New Orleans who at one point was once part of the Mikaelson Clan until the true family loyalty came into play.

We had four seasons to fall in love or fall into hate with each and every character the writers created for us. So, we eagerly await to see how they will bring not just season 5 to an end but the entire series.We know there is a huge time jump from where we left off at the end of season 4. Hope is now 15 played by (Danielle Rose Russell) she is at the Salvatore Boarding School for the Young and the Gifted which is run by Caroline Forbes (Candice King ) and Alaric Saltzman (Matthew Davis) which links back to ‘The Vampire Diaries‘. It is rumored that Caroline Forbes will make a few appearances throughout the season however just how many it hasn’t been released just yet. 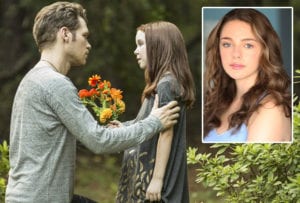 Hope just wants to bring her family back together even though she knows the consequences could be devastating. The peace that New Orleans had been used to for the last few years will quickly become a place of chaos and upheaval as the Mikaelson clan arrive back into The Big Easy. How will Hope bring back her father Claus who is on a rampage of death and destruction as his way of coping with being away from those he loves? Will Elijah find out that his family is looking for him while he is in France lost in a world of piano and loneliness? 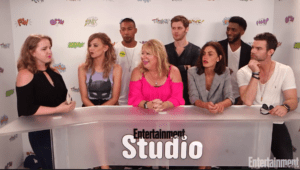 As a fan, I hope they write happiness into their dark and stormy lives as the series ends because we have seen that even if it is a little more brutal than we experience in our own lives but their family loyalty is extremely moving. No matter if it means staking each other for decades or centuries they still follow their family motto “Always and Forever. Family Above All.” So, we are a few months away from the season premiere but if you have not watched series I urge you to binge watch it on Netflix now and be ready to go in 2018.