Alec Baldwin was held accountable for two counts of severe negligence resulting in the death of Halyna Hutchins.

Hannah Gutierrez-Reed, the armorer of “Rust,” was accused of two counts of involuntary manslaughter.

Alec Baldwin’s attorney called the charges a “terrible miscarriage of justice” in a statement to Fox News.

“This decision distorts Halyna Hutchins’ tragic death and represents a terrible miscarriage of justice,” Luke Nikas of Quinn Emanuel said. “Mr. Baldwin had no reason to believe there was a live bullet in the gun – or anywhere on the movie set. He relied on the professionals with whom he worked, who assured him the gun did not have live rounds. We will fight these charges, and we will win.”

Hutchins’ family thanked the sheriff’s office and the DA after the charges were announced.

“We want to thank the Santa Fe Sheriff and the District Attorney for concluding their thorough investigation and determining that charges for involuntary manslaughter are warranted for the killing of Halyna Hutchins with conscious disregard for human life,” said a statement issued on behalf of the Hutchins family via attorney Brian J. Panish, founding partner of Panish Shea Boyle Ravipudi LLP.

“Our independent investigation also supports charges are warranted. It is a comfort to the family that, in New Mexico, no one is above the law. We support the charges, will fully cooperate with this prosecution, and fervently hope the justice system works to protect the public and hold accountable those who break the law.”

On Thursday morning, Mary Carmack-Altwies, District Attorney of New Mexico’s First Judicial Court declared charges resulting from the untimely death of Hutchins over a year ago.

Should Baldwin be found guilty, he could experience imprisonment for up to 18 months.

“Involuntary manslaughter in New Mexico is a Class D felony punishable by up to 18 months in prison,” former Assistant U.S. Attorney Neama Rahmani explained to Fox News Digital. “If Baldwin is convicted, I can see him being sentenced at or near the max.”

“Baldwin has a strong defense case, and I can see him pushing the case to trial for legal and public relations reasons,” he continued. “He has to think about his acting career in addition to doing time. But if he rolls the dice and loses at trial, the judge may hammer him for causing Hutchins’ death.”

After admitting to a charge of negligent use of a deadly weapon, Assistant Director Dave Halls was granted a suspended sentence and six months probationary period by the district attorney.

After a thorough investigation, no charges were filed against director Joel Souza.

“After a thorough review of the evidence and the laws of the state of New Mexico, I have determined that there is sufficient evidence to file criminal charges against Alec Baldwin and other members of the ‘Rust’ film crew,” Carmack-Altwies said in a statement. “On my watch, no one is above the law, and everyone deserves justice.”

The district attorney explained that Baldwin and Gutierrez-Reed were “charged in the alternative.” Ultimately, a jury of peers will determine not just the guilt or innocence of the two individuals, but also which definition of involuntary manslaughter best applies in this situation.

“If any one of these three people – Alec Baldwin, Hannah Gutierrez-Reed or David Halls – had done their job, Halyna Hutchins would be alive today. It’s that simple,” Andrea Reeb, the special prosecutor appointed by the DA to the case, said in a statement. “The evidence clearly shows a pattern of criminal disregard for safety on the ‘Rust’ film set. In New Mexico, there is no room for film sets that don’t take our state’s commitment to gun safety and public safety seriously.”

Prior to announcing their ruling, the district attorney’s office carefully analyzed a comprehensive report compiled by the Santa Fe County Sheriff’s Office. 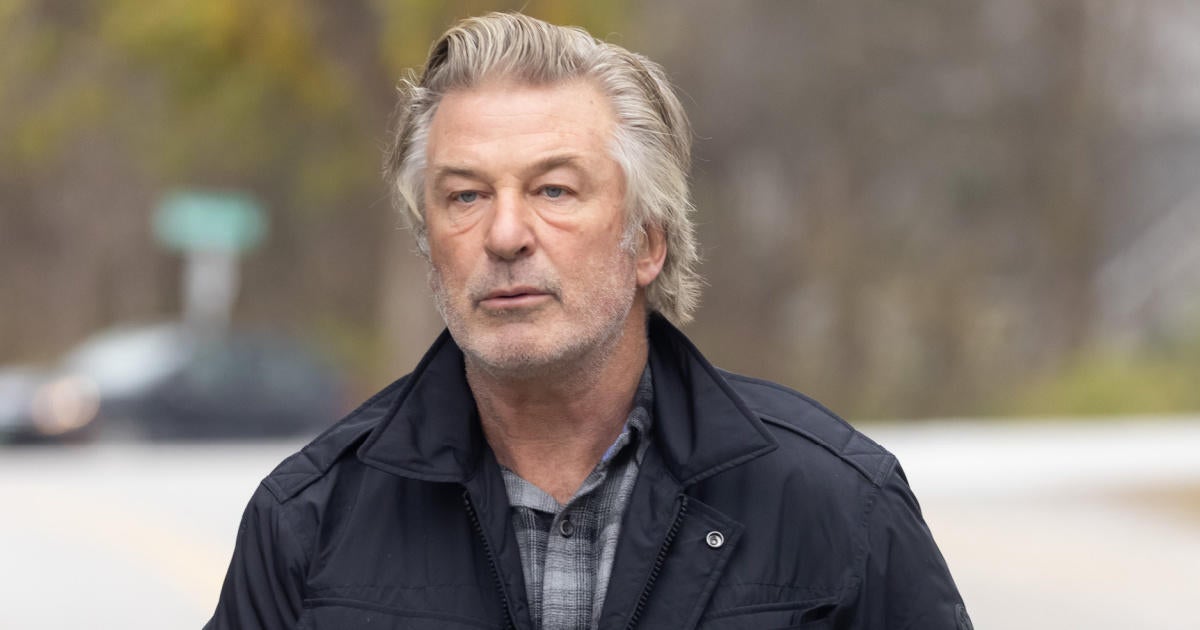 More than twelve months have passed since the fatal accident on the New Mexican film set that cost a cinematographer their life.

On October 21, 2021, Halyna was tragically killed while rehearsing a scene with Alec Baldwin in a small church on the Bonanza Creek Ranch set – when the gun he was handling discharged.

For the past 12 months, the Santa Fe County Sheriff’s Department has been diligently scrutinizing how live rounds ended up on-set. Assistant director Dave Halls and armorer Hannah Guiterrez-Reed appear to be the only crew members who worked with or around this firearm prior to it discharging during production.

“Never in a million years did Hannah think that live rounds could have been in the ‘dummy’ round box,” one of Guiterrez-Reed’s attorneys, Jason Bowles, said in a statement shared with Fox News shortly after the fatal accident. “Who put those in there and why is the central question.”

According to the accusation, Halls provided Baldwin with a .45 revolver and assured him that it was “cold,” or safe. Additionally, Gutierrez-Reed is said to have demonstrated this by spinning the cylinder in order for Halls to witness what lay within.

During an interview shortly after the shooting, as well as during a podcast episode later on, Baldwin asserted that he did not pull the trigger of the gun. Initially, he stated that he had pulled back and released its hammer but never actually triggered it.

On February 15, 2022, a wrongful death lawsuit was brought against Alec Baldwin and other essential participants in the production.

In a legal action that holds Baldwin and other appointed safety personnel accountable, the family’s lawyer accused them of “reckless behavior and cost-cutting” which resulted in the death of Hutchins.

Before filing the wrongful death lawsuit, attorneys for Matthew Hutchins conducted witness interviews and produced a video containing all of the evidence. During an associated press conference, Matthews’s lawyers highlighted evidence from crew members that revealed “Rust” set was far less than safe. The suit further alleged numerous serious breaches in safety protocols committed by Baldwin (also one of the producers) as well as other cast and crew members on “Rust”.

On October 5th, Halyna’s husband announced that a civil suit against the cinematographer had been settled before its scheduled court date, with punitive damages and funeral expenses amongst other items awarded to her family. This settlement is still in need of judicial approval.

After the civil trial ended, Matthew divulged that shooting of “Rust” would go on in January 2023. Unfortunately, they were not able to return to New Mexico-the place where Halyna’s death occurred.

“The production of ‘Rust’ will not return to New Mexico,” Melina Spadone, attorney for Rust Movie Productions LLC, told Fox News Digital. “The production is considering other locations, including in California, but no decisions have been made.”

While it remains unverified if Baldwin will be part of the production once more, Matthew’s initial announcement stated that the production would continue with its “original principal players.”