Following the tragic accidental shooting death of cinematographer Halyna Hutchins on the New Mexico set of the western Rust, in which actor Alec Baldwin unknowingly discharged a loaded weapon, the actor is now sharing on social media a news story that seems to place the blame of the incident on the shoulders of the film’s assistant director, David Halls.

According to NY Post, the Hollywood star is also a producer of the doomed flick. Check out the initial Tweet that Baldwin retweeted below:

Before he handed a revolver that he had declared “cold” to Alec Baldwin on the set of the film “Rust,” Dave Halls, an assistant director, told a detective he should have inspected each round in each chamber, according to an affidavit. But he did not. https://t.co/flCONhaEqO

The story Baldwin shared late Wednesday is based on a new affidavit that had been released earlier that day. The article stressed Halls’ apparent oversight of the incident before “he handed a revolver that he had declared ‘cold’ to Alec Baldwin,” meaning the gun didn’t contain live ammunition. The article stated Halls admitted to detectives that he should have inspected each round in each chamber, but failed to do so. 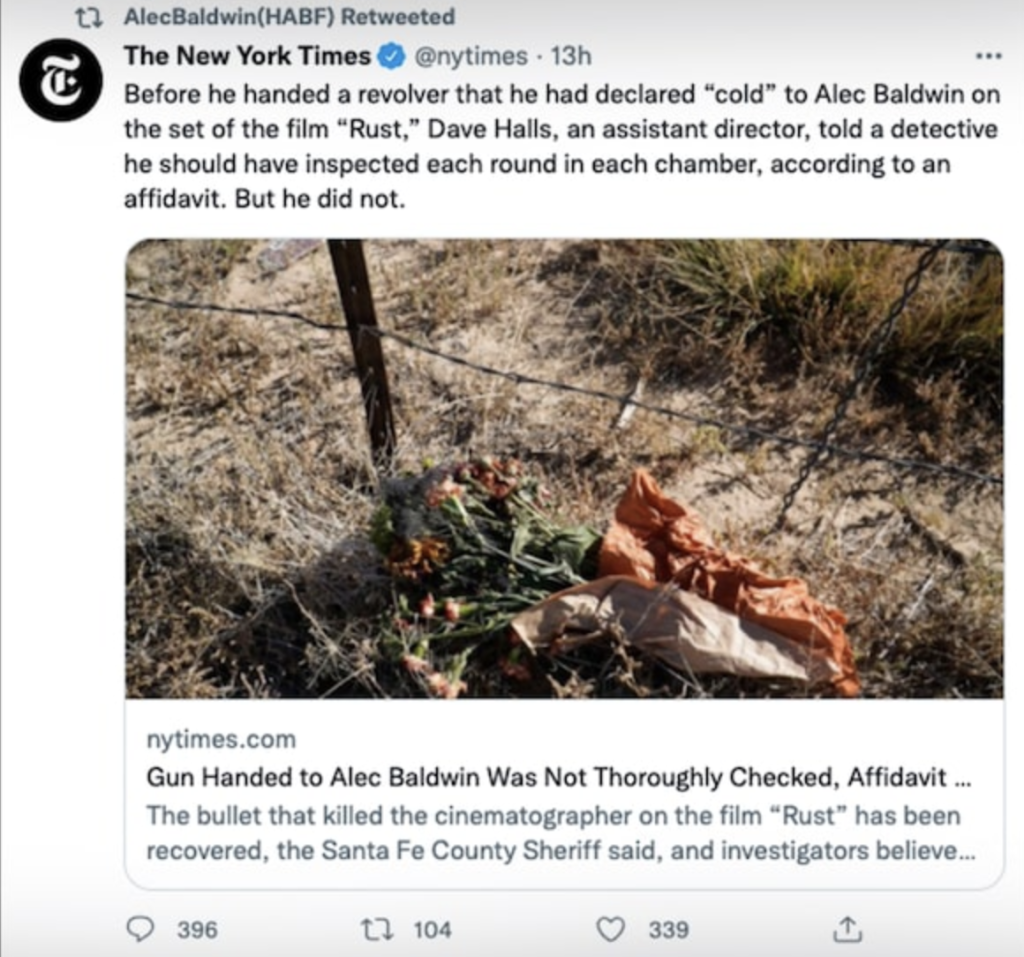 Baldwin retweeted the story with no additional comments, which followed a similar instance in which he shared a story that stressed he was told the “prop gun was safe,” despite police later determining it had live ammunition.

Though no charges have yet been filed in the incident, Santa Fe District Attorney Mary Carmack Altwies has said in a press conference regarding Baldwin possibly facing future charges that “No one has been ruled out at this point” and “All options are on the table.”

Baldwin said Friday his “heart is broken” for Hutchins’ husband and son over the accident.

The film’s director, Joel Souza, was also injured in the accident.