The family of cinematographer Halyna Hutchins has reached a settlement with Alec Baldwin, who was involved in the filming of the movie “Rust,” which resulted in her death.

The movie, for which Hutchins’ widower Matthew is the executive producer, will continue filming in January.

The case that prompted the settlement accused Baldwin, producers, and others of failing to comply with industry standards. 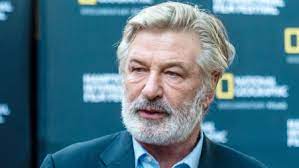 All parties involved, according to Jacklyn Hutchins, Halyna’s spouse, believe that the death was an accident.

“I have no interest in engaging in recriminations or attribution of blame,” Matthew Hutchins said in a statement. He added that continuing with the film would be a way to “pay tribute” to his late wife’s final work.

During the settlement procedure, Baldwin released a statement on Instagram saying, “Everyone has maintained the specific desire to do what is best for Halyna’s son”

“We are grateful to everyone who contributed to the resolution of this tragic and painful situation,” the actor said.