With ‘The Last Jedi’  just a little over two months away from hitting theaters, very little information has been released. However, we do know that actress Kelly Marie Tran is excited for the film’s release and the life-changing fame that the ‘Star Wars’ franchise can bring to an actress. 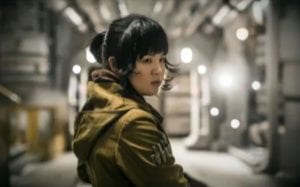 With details limited there have been reports that her character Rose will be linked with Finn (John Boyega)  as he overcomes the injury he received near the end of ‘The Force Awakens’. Tran was eager to research the Star Wars history after receiving the role because as a child she was not really a ‘Star Wars’ fan. She told Entertainment Weekly in an interview with them “It was good because I was able to kind of look at this character objectively and not think about what it should be or what ‘Star Wars’ was like but obviously when you get something like this you want to research everything and watch every single movie and you just can’t help but respect how amazing it is.”

She also told EW that she got the part after five auditions with nearly a month in between she received the news while she was working at her day job. “I found out. I couldn’t tell anyone, so I just went right back to my job and finished out the work day,’ she revealed. “I was dying inside. I was; I was answering emails like what’s Happening?!!” 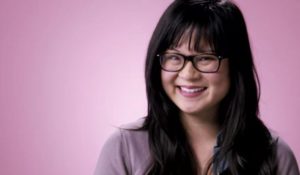 However, she now is preparing for the fame that is coming her way. During the interview, she said: “I don’t know if I’ll be ready until it happens. It’s one of those things that you can anticipate, you think about, but you kind of just have to take it as it comes. But I have a great family and great friends, and I think that they’ll keep me grounded.”

‘The Last Jedi’ arrives in theaters on Dec. 15.