And the Oscar goes to…

Our boy, Leonardo DiCaprio has done it! He picked up his first Oscar for Best Actor in The Revenant at the 88th Academy Awards. DiCaprio, who hasn’t had much luck at the Academy Awards, beat out The Martian’s Matt Damon, Trumbo’s Bryan Cranston, Steve
Jobs’ Michael Fassbender and The Danish Girl‘s Eddie Redmayne.

And while he did thank those involved in his win, he took the opportunity to talk about a matter that is equally important to the accomplishments last night awarded: climate change.

“Making ‘The  Revenant‘ was about man’s relationship to the natural world…climate change is real,- Let us not take this planet for granted, I do not take tonight for granted.”- Leonardo DiCaprio.

This was DiCaprio’s sixth Academy Award nomination. He was first nominated back in 1993 for his role in What’s Eating Gilbert Grape for Best Supporting Actor. He then went on to be nominated for Best Actor in The Aviator (2005), Blood Diamond (2007), and for The Wolf of Wall Street (2014). He also was nominated as the producer for the Best Picture award for The Wolf of Wall  Street. Unfortunately, he did not win.

But now he can declare himself an Academy Award winner! 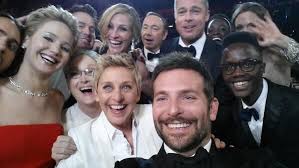 Everyone is celebrating with you Leo. Excellent work, you deserved it!