More than one traumatic birth scene took place in the season finale of House of the Dragon on Sunday night, and they were among some of the most controversial moments in terms.
Rhaenyra Targaryen went into labor early after learning that Aegon had stolen the throne by killing their father, King Viserys.

Rhaenyra is so early in her pregnancy that the child cannot survive, but she is forced to deliver it anyway. She does so without accepting any help. Many fans were outraged by the scene, which is the fourth disturbing and traumatic birth shown on the series to date.

In a recent interview, showrunner Ryan Condal explained Rhaenyra’s actions in the controversial scene, connecting it to her mother’s death following a C-section childbirth gone wrong.

“That’s very astute Rhaenyra promised herself that she would not turn out like her mother. If you go back to when she was resisting all the suitors, that’s the reason she didn’t want to get married. In addition to this, she is also grappling with the news of her father’s death and her family members attempting to steal her throne. The combination of those two pieces of news was so stressful that shemiscarried. The baby is not yet developed enough that, if born now, she would not be able to survive outside of the womb.”

He continued, “And in the moment that this happens, Daemon takes the first opportunity to stalk off and try to start a war instead of staying at her side and helping her. So, I just think at a very simple human level in that scene, she simply doesn’t want to be touched by anybody” 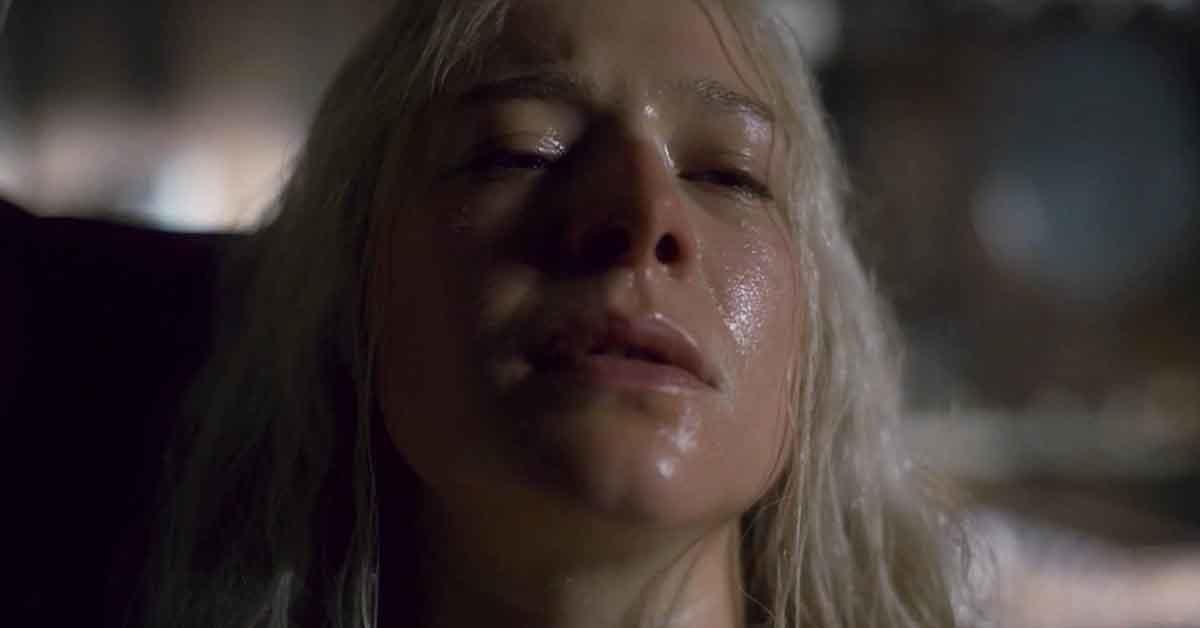 What will season two of House of the Dragon entail?

According to showrunner Ryan Condal, the series will slowly build up to the “We will get to the spectacle,” but ensure that viewers understand each character’s complexities before they are thrown into war. He continued on to say that season two will have a similar rhythm as Game of Thrones and be earned by putting in the necessary work.

Francesca Orsi, Executive Vice President of HBO Programming, stated: “Our phenomenal cast and crew undertook a massive challenge and exceeded all expectations, delivering a show that has already established itself as must-see-TV. A huge thank you to George, Ryan, and Miguel for leading us on this journey. We couldn’t be more excited to continue bringing to life the epic saga of House Targaryen with season two.”

Watch the first season of House of the Dragon now on HBO Max.