The most patriotic of networks is taking on the presidency. USA Network just announced that they plan to create a limited series about Ronald Reagan that “will explore his early days as a lifeguard, time in Hollywood and his victories and failures as a president as well as what made him an American paragon, beloved husband and complex father,” according to The Hollywood Reporter. 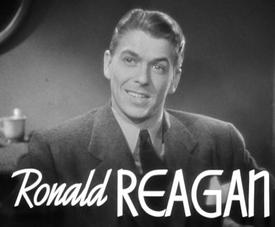 USA is dedicated to doing all they can to make sure they do right by Reagan, including working his daughter Patti Davis who is helping develop. The series marks the first project about Ronal Reagan to be granted his family’s permission. It will be written and produced by former Empire co-executive producer David Rambo, who has some experience with the subject matter as he previously wrote a one-man play titled The Lifeguard, which was a combination of Reagan’s early days as a lifeguard and his four summit meetings with Soviet politician Mikhail Gorbachev.

USA Picks Up New Anthology Drama/Thriller ‘The Sinner’ To Series