The stars of ‘Arrow,’ ‘The Flash,’ ‘DC’s Legends of Tomorrow,’ and ‘Supergirl’ create their own version of the Justice League this November. 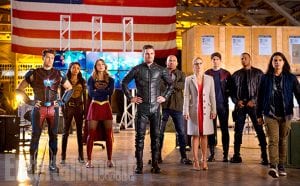 The four-show crossover begins in the last minutes of Supergirl and unravels over the next three episodes of The Flash, Arrow and Legends of Tomorrow. Entertainment Weekly visited the set of our favorite heroes.  And by the way, who is the big bad in all this?

The Dominators, mind-controlling extraterrestrials threatened by Earth’s surging population of metahumans. Who are the Dominators? Glad you asked!

The Dominators, collectively known as the Dominion, are a fictional alien race from the outer cosmos of the DC Universe. They are highly technologically advanced, and live in a rigid hierarchical society, in which one’s caste is determined by the size of a red circle on one’s forehead. They are master geneticists who can manipulate the metagene to enhance members of their own caste.  Arrow executive producer Marc Guggenheim stated that “cutting-edge prosthetics and computer effects” would be used for the Dominators “to achieve a feature film-quality look which is faithful to Invasion! ”

Here are some pictures of our favorite heroes goofing around and getting serious courtesy of Entertainment Weekly! 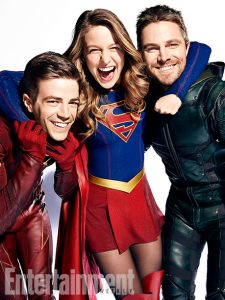 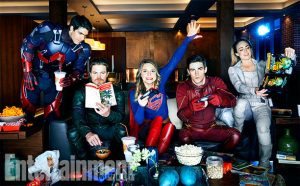 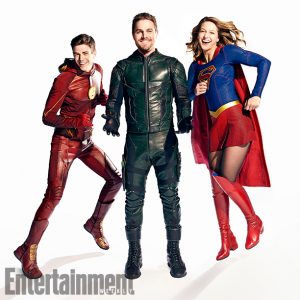 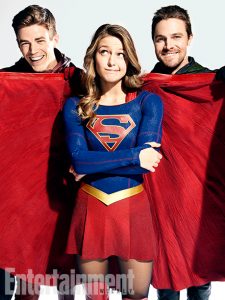 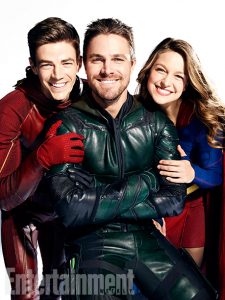 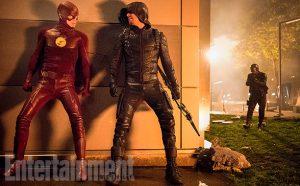 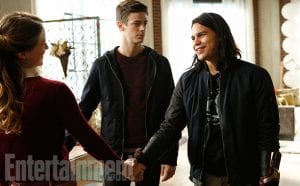