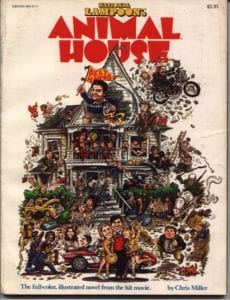 Welcome to another rambling review spawned from my Netflix binge of the day. I had the chance to watch the Netflix Original ‘A Futile and Stupid Gesture‘. I am sure no matter your age you have heard of ‘National Lampoon‘. For the younger crowd, it may be from the long line of ‘National Lampoon‘ movies including all the ‘Vacation‘ movies and sequels, ‘Van Wilder‘ and sequel and the movie that started them all ‘Animal House‘. However, before they put out movies ‘National Lampoon‘ rose to fame for their magazine publication that hit newsstands in 1970 and shocked and humored the country with their shocking storylines, adult comic strips, suggestive ads, adult humor and their general lack of concern about political correctness. 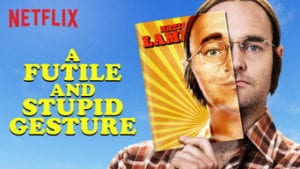 ‘A Futile and Stupid Gesture‘ is a biographical comedy based on the life of one the creators Doug Kenney (Will Forte) and his part in the ‘National Lampoon’ empire as it was. First, the movie starts with an older Doug Kenney (Martin Mull) who plays our narrator or “host” for the movie. We start with Doug as a small boy in the back seat of the family car at a funeral and his father Harry Kenney (Harry Groener) saying “I don’t care he if gets out or not”. Now, this is not how I expect a funny movie to start but hey I am not the person who gets paid millions of dollars for my comedic writing skills. So we fast forward to a college-age Doug and his best friend Henry Beard (Domhnall Gleeson) celebrating their book release ‘Bored of the Rings‘ which is a ‘Lord of the Rings‘ parody at the Harvard Lampoon. 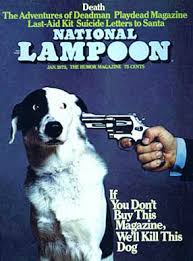 From there the idea for the ‘National Lampoon Magazine‘ was born and the movie shows us how they corralled some of the world’s funniest and creative talent in one location including P.J. O’Rourke (Nelson Franklin), Chris Miller (Max Greenfield), Michael O’Donoghue (Thomas Lennon) and Tony Hendra (Matt Lucas). We watch as the magazine rises in fame while Doug Kenney’s personal life falls. However, he and Beard commit to the magazine 100% and equally, they commit to offending 100% of well everyone really. However even while offending every “group” in the world the magazine’s popularity continued to grow because basically there will always be those of us (myself at the top of the list) who love to laugh at the most inappropriate topics. 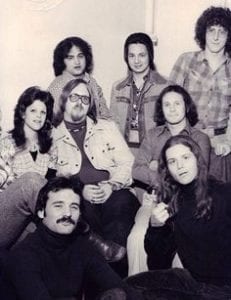 From there they ventured into a radio show ‘The National Lampoon Radio Hour‘ which again they brought in some of the newest and most talented comedic talents such as John Belushi (John Gemberling), Chevy Chase (Joel McHale), Bill Murray (Jon Daly), Gilda Radner (Jackie Tohn) and Harold Ramis (Rick Glassman). When the show folded you will recognize these big names as they became the new faces for a new comedy show called ‘Saturday Night Live‘. 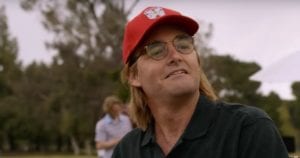 As I mentioned part of the movie is based on Doug Kenney’s personal life and how his fame from the magazine affected it. We see him have affairs, get a divorce and even a breakdown where he left the magazine and his friends to try and recover but after a few months he returned but things were just not the same. He went on to work on other ‘National Lampoon‘ projects. Which eventually led him to their first big film ‘National Lampoon’s Animal House‘. It became a huge success so with huge success sometimes comes huge drug problems? We see his and some of his co-star’s drug-induced journey which could have explained ‘Caddyshack’? I personally loved it but from the movie, we learn that Doug Kenney felt ‘Caddyshack‘ was a failure. From the combination of drug use, depression, this sense of failure and the overwhelming sense he could never please her parents lead him to a dark point in his life. Normally I would not ruin a movie ending but for some, you will already know and for others if you don’t know there is a twist to this funny movie. Doug Kenney was in Hawaii and he went to Hanapepe Lookout and he jumped. In the movie they never come right out and say it was suicide but after I did some research into his death that is what happened sadly. At that point, the ghost of Doug and ‘older narrator’ Doug meet at his funeral. With everyone silent and mourning, ghost Doug walks around and hears Bill Murray say “Every funny person in the world is here. And no one is laughing.” Doug then walks up to Henry Beard and whispers “Do a futile and stupid gesture.” Which leads Beard to start a huge food fight in the middle of his funeral which leaves both the ghost Doug and narrator Doug smiling. 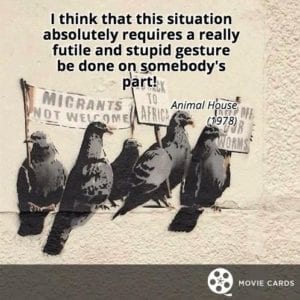 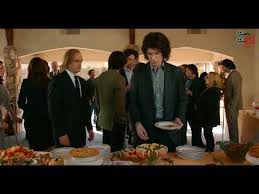 As the rest of the movie leaves you laughing at the behind the scenes aspects, the highs and lows of a comic force and even with a more than sad ending to this very much true story you walk away having learned that sometimes that even the funniest people and most successful people have their own demons to battle. If you are a fan of the ‘National Lampoon‘ brand then I would definitely give this movie a watch and see where it all got its start.

‘The Godfather’, ‘Lethal Weapon’ and Other Binge-Worthy Favorites Coming in January To Netflix!

Check Out What’s Coming to Netflix in February!

11 Netflix Movies That Are Perfect for a Lazy Sunday