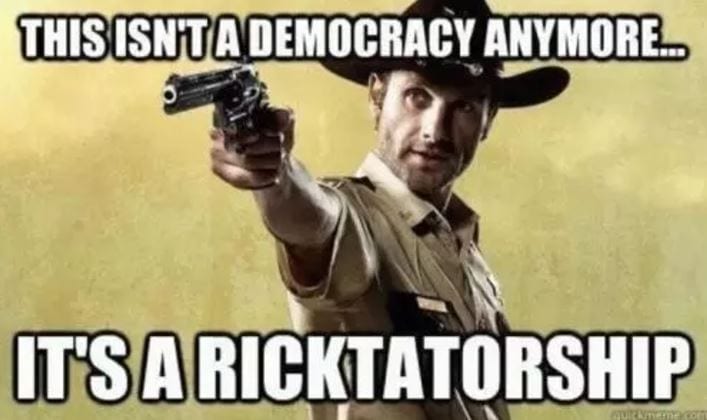 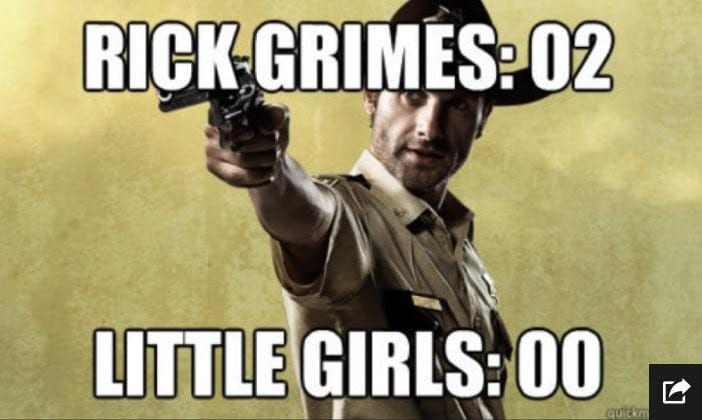 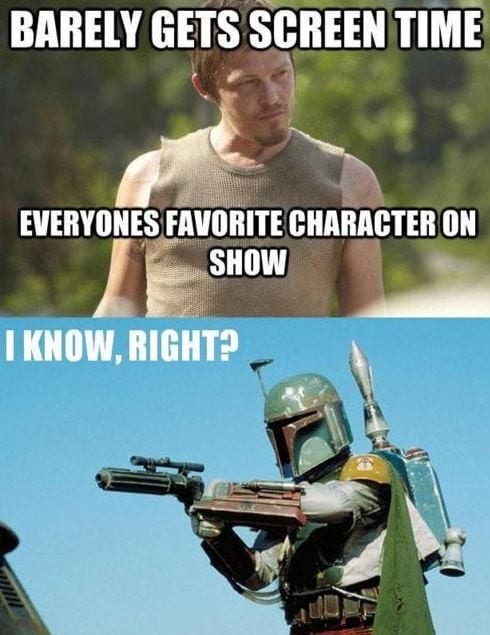 4. And so the Lori memes begin… 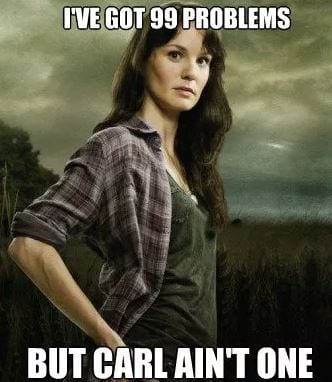 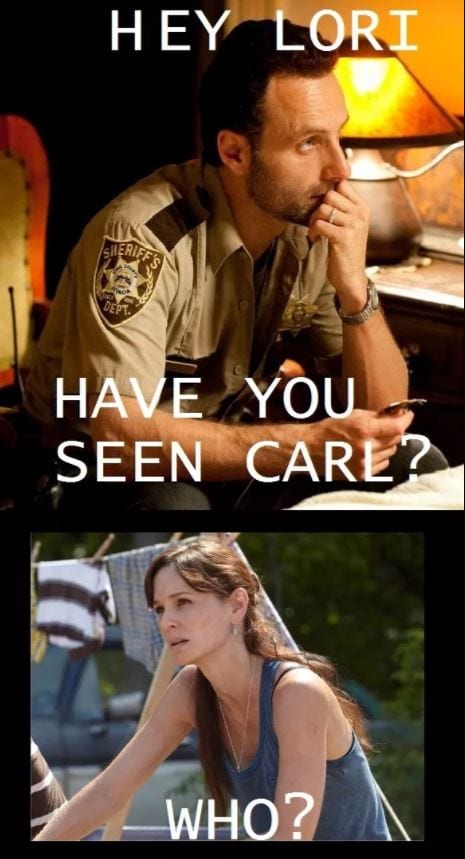 6. But only one is allowed to and not be hated by everyone. 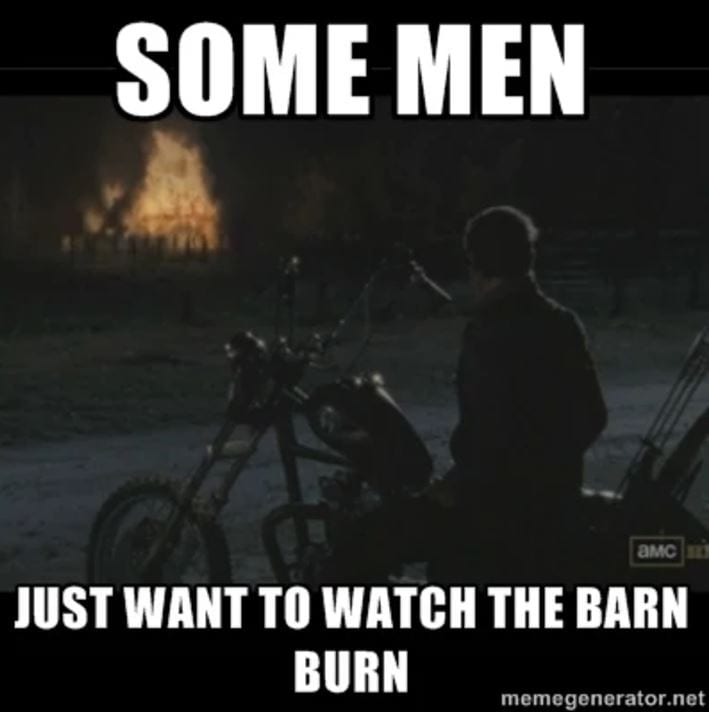 7. Hey, he learned a lot delivering those pizzas. 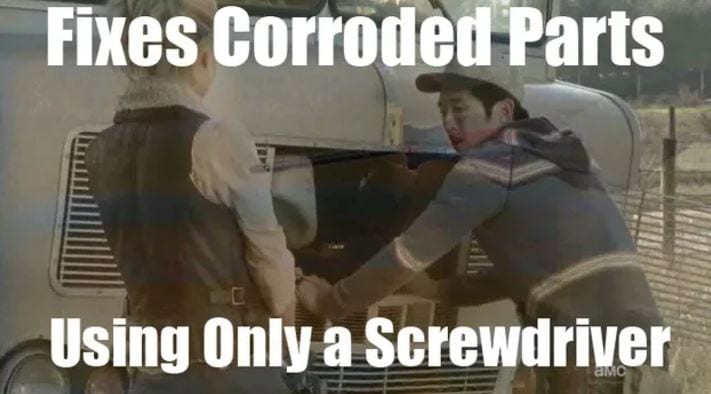 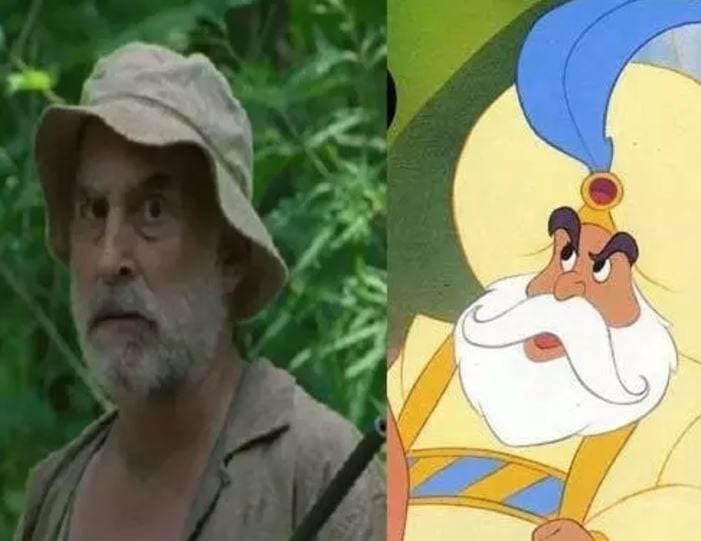 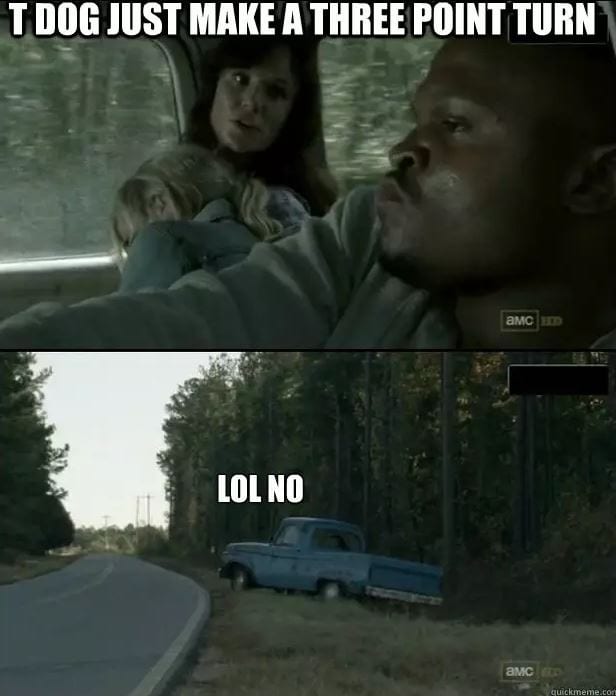 And I had to make a gif of this moment because it is just TOO GOOD.

11. The best part of the Apocalypse…for some. 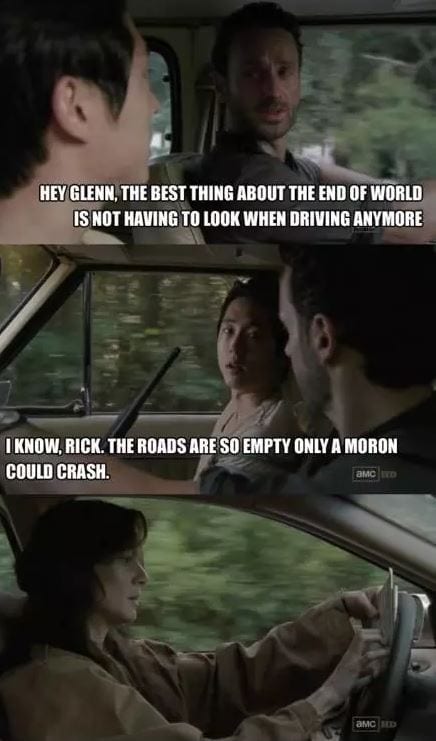 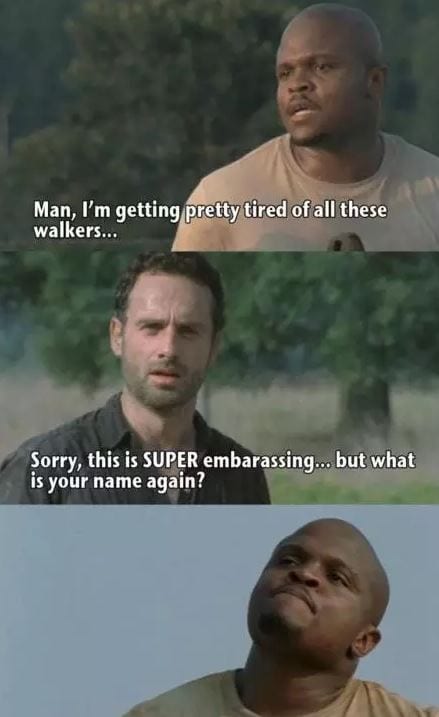 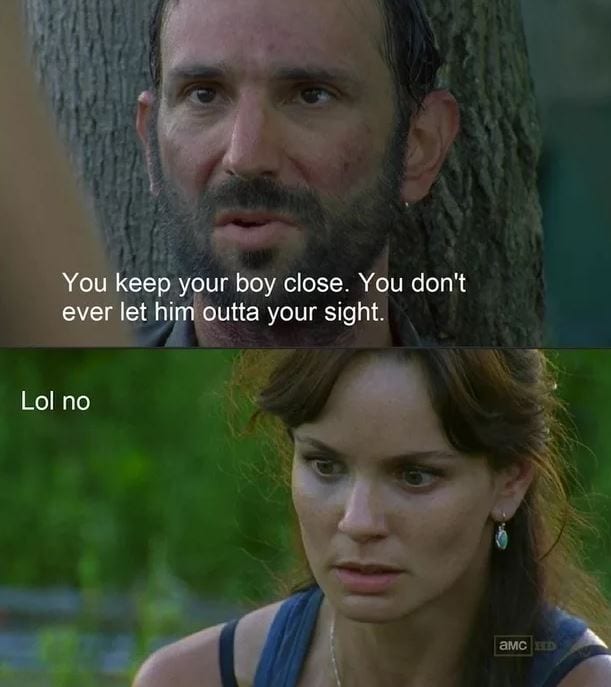 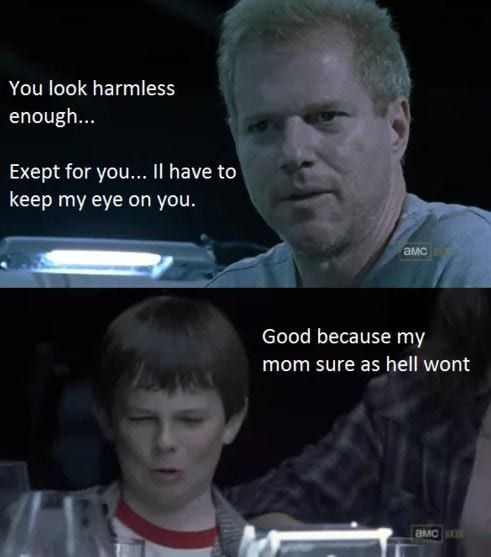 15. The Grimes family, everyone! 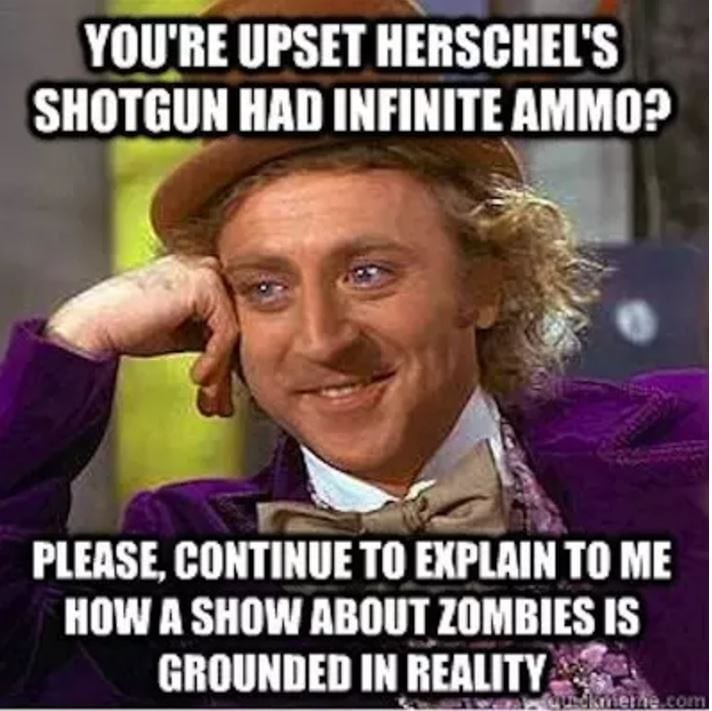 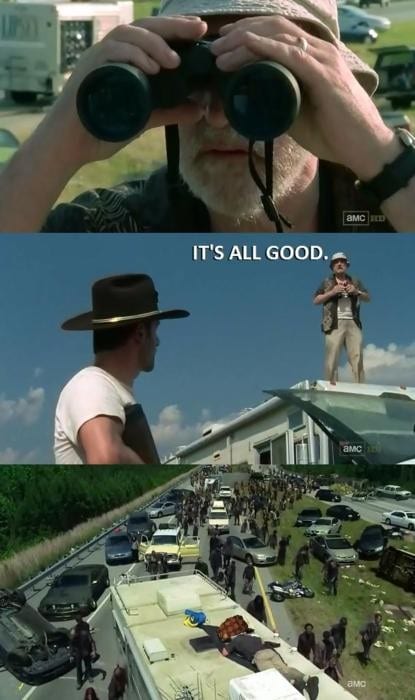 19. And because you were a little creepy. 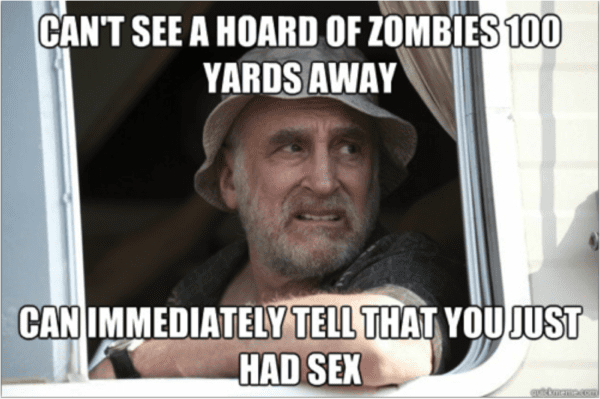 20. I always LOL when I think about the fact that those were the only clothes they could find for him. 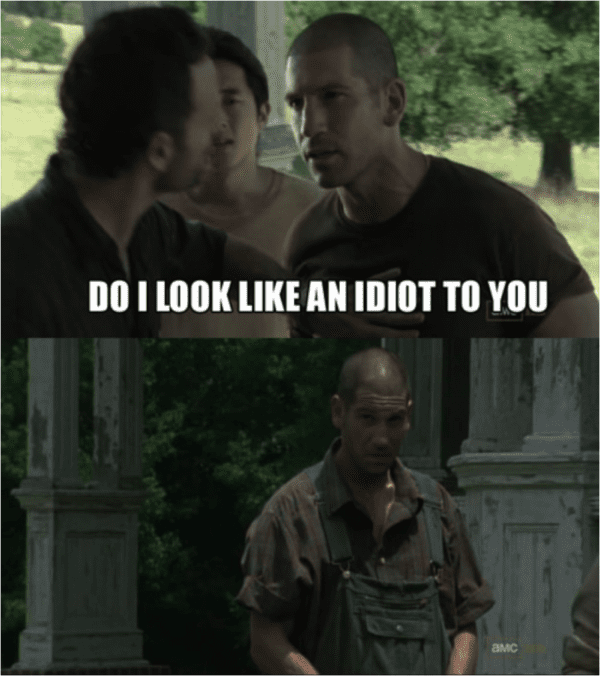 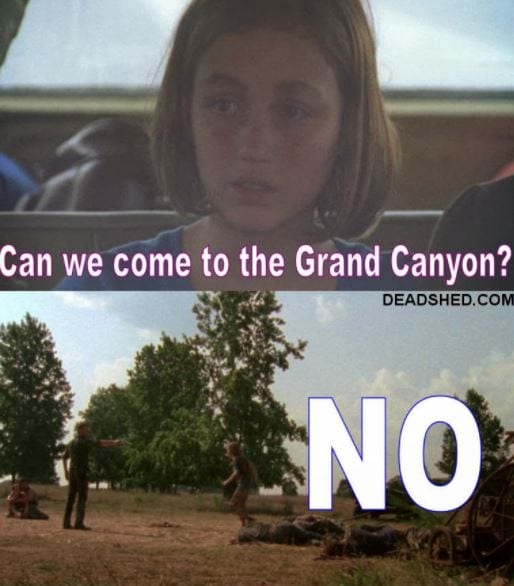 22. When Dale’s big heart led to his biggest flaw. 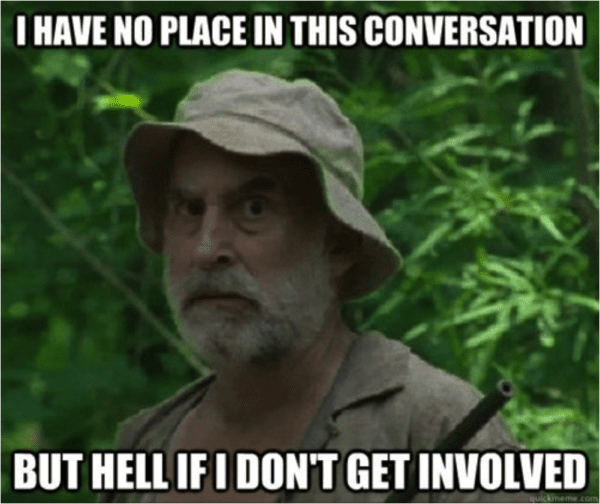 23. You thought we were done with these? 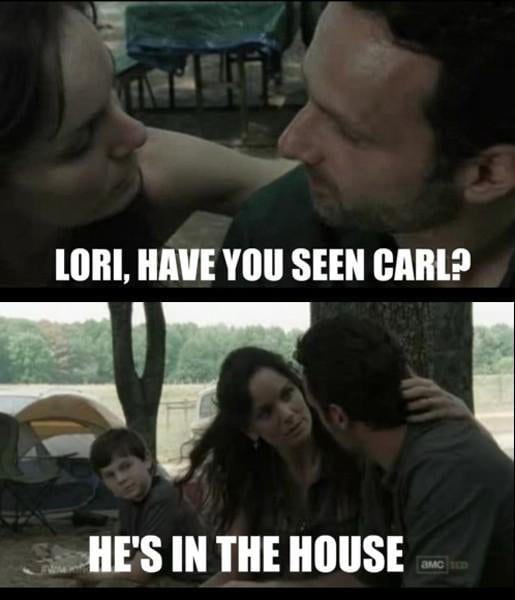 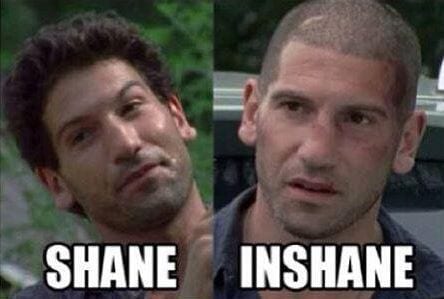 25. The best part of rewatching The Walking Dead? Daryl’s complete overacting in almost every situation. The. Best. 26. Props to Sophia for using the classic tactic of being practically right in front of you the whole time! 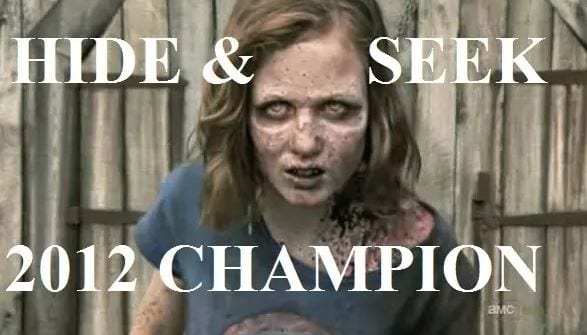 27. The first rule of Rick jokes? Don’t stop him if you’ve heard it before. 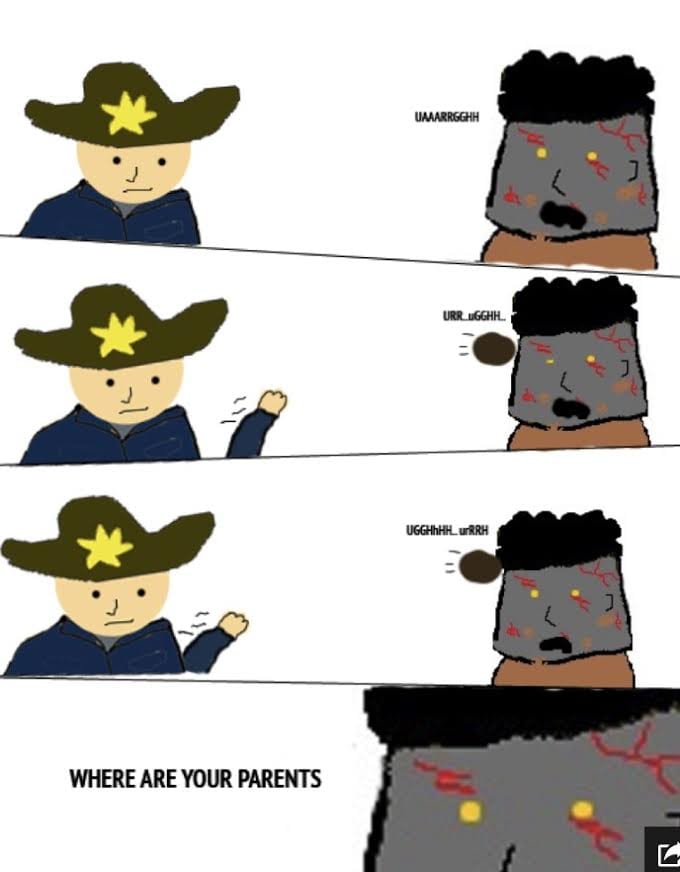 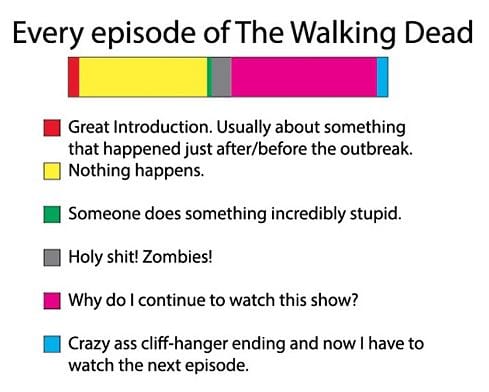