I had the pleasure of watching Finesse Mitchell on stage doing his stand up at the Stardome Comedy Club in Birmingham Alabama.  So, after the show, I took a moment to catch up with him on his life after Saturday Night Live and future projects. Finesse was part of the SNL cast from 2003 till 2006 then in 2012 he played Darryl Parks, Chyna’s dad on the Disney Channel sitcom A.N.T Farm.  Since then he has been touring the country doing his stand-up comedy act filming specials for Showtime and other networks. However, his proudest moment is becoming a father to a beautiful little girl who is now two. 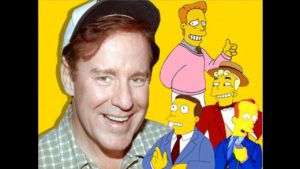 He has just wrapped filming a new game show for Facebook that will be released soon that he is extremely excited about. We couldn’t talk much about it but we know he gives away a lot of money so that usually means it will be a great show. He is also planning a nine-military base comedy tour for the troops. Finesse is a huge supporter of our men and women in the armed forces and has done several comedy tours for them including Ron White’s Comedy Salute to the Troops. 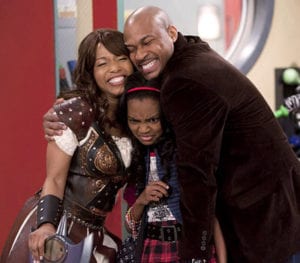 Finesse is currently writing a new book on relationship advice he is planning to give his daughter in the future. At the age of two he is really planning early but as a mother of daughters myself, I agree you must start early trying to protect your daughters and the first step is advice. You can also get his book ‘Your Girlfriends Only Know So Much’ on Amazon.  He is also trying to convince his wife to have a second child and he had a very important announcement to share with you dear readers “KEEP WATCHING A.N.T FARM” because he keeps cashing those checks when they come in.  If Finesse comes to a comedy club in your next of the woods I highly recommend checking his act out. 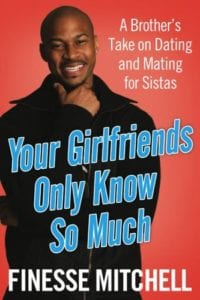