“Netflix and chill” is for the romantics and couples who have other “plans”. So, what do we call parents who binge watch TV shows on Netflix or Hulu with their teenagers? Well, frankly, we call them BRAVE!

This summer, I had the privilege of spending hours of TV binge watching with my teenagers and I wanted to share some insider information for other parents out there who are looking to spend quality time on the couch, eating popcorn, eating ice cream and watching tv shows that actually doesn’t make you cringe or have you singing “Let it Go” for hours after the movie ends.

I do have to warn you, some of these shows are not for the weak at heart, and you must understand something. When you say “Sure I’ll try and watch it”, you have to understand the contract in which you have signed. A blood pact. You have notarized with lawyers. This is what they “hear” when you say,   So here is my top #5 teenage fueled TV Shows that parents might enjoy.

First, let me say that this the series has ended.

So, the great news for you, the parent, is that there are only 8 seasons to make it through. At first, I was extremely scared that I had agreed to spend many hours of my life binge watching a show about vampires going to high school. The words I am about to say may shock you, but I did not enjoy “Buffy the Vampire Slayer“.

However, by episode two, I was intrigued. I can honestly say the CW did not let me down. ‘Vampire Diaries‘ is based around the Salvatore Brothers. Stefan (Paul Wesley) and his older brother Damon (Ian Somerhalder). They have your average brother rivalry that has been going on for oh, I would say, 150 years.

The Salvatore brothers have lived over a century fighting over many things, but what do brothers tend to find over more often than others? Of course, girls. However, this isn’t just any girl this is Elena Gilbert (Nina Dobrev). I know you are thinking “Wow that sounds horrible.” I promise by episode 4 you are sucked in (no pun intended, okay, maybe a little pun intended).

The storyline is based on high school students but my mom’s brain kicked in when I watched them having sex and drinking bourbon which of course led me to the “Don’t have sex with hot vampires and I mean I don’t care how extremely attractive they are with those beautiful blue eyes and sexy smoldering smile”. Oh, sorry, where was I? Oh yes, I do recommend watching this with your teens as long as you’re cool with the sex with vampires, teenage drinking, and 171-year-old men dating a 16-year-old girl.

This is a complicated recommendation dear reader because if you did not take my first recommendation and watch ‘Vampire Diaries‘ then you might not be able to follow along with ‘The Original’s‘ as it is a spin-off from the ‘Vampire Diaries‘. Throughout the ‘Vampire Diaries‘, you meet the Mikaelson’s who reminds me of the Vampire Mafia. Those who you don’t want to ask a favor from or make mad because they don’t play nice with others either way. Claus Mikaelson (Joseph Morgan) is the older brother who does some brutal things in the name of “Family Loyalty”. Family loyalty is however strong among the others Elijah (Daniel Gillies), Rebekah (Claire Holt), Kol (Nathaniel Buzolic) and Freya (Riley Voelkel) as Family is Always and Forever. Here is where I share my dirty little secret dear readers I make my teenagers watch this one. I feel they started this rodeo, so they must finish the ride with me. They are currently filming their final season so there is time to jump on board before the new season hits the CW. 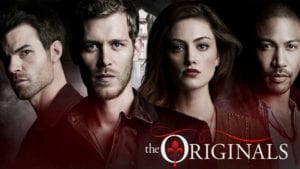 Now when I heard this show was based on the Archie comics from decades ago I thought how did they make this a real-life cast tv show and more importantly WHY? However, we settled down with our popcorn and started our trip to Riverdale and dear readers this is NOT the comic books we grew up on. The only things in common are the character names and Archie has red hair. However, the storyline becomes intriguing right off the bat. Where it is geared to draw in the teenage viewers there is enough pulled to bring in the parents as well. There is a thick plot of adultery, drugs, gangs, sex, and murder. Whereas the younger cast is new to most parents you might recognize one of the teens face Jughead Jones played by (Cole Sprouse) who was part of ‘The Suite Life of Zack and Cody‘. The parents will know some of the parents ‘Riverdale‘ such as Jughead’s dad FP Jones (Skeet Ulrich). My favorite couple would be Archie Andrew’s mother and father play by (Luke Perry and Molly Ringwald). This is a highly recommended binge worthy show as ‘Riverdale‘ season 2 is just around the corner so you need to be ready for Archie and Veronica’s next adventures and I but it isn’t just milkshakes at the diner. 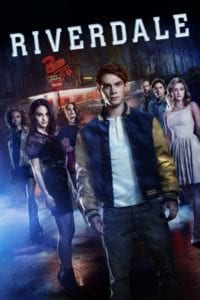 This is an MTV series, believe it or not. I know that may be enough to scare a parent away, but it is a cute show that follows a teenage girl Jenna (Ashley Rickards) throughout her high school career. From her “accidental” suicide attempt through attending her Senior Prom in a wedding gown, you experience her journey. I know it sounds extremely boring as a parent. But this show has benefits. You get to:

Those moments alone are worth sitting down and enjoying some couch time with your teenager. 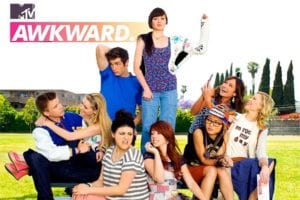 Dear readers, I fought this one kicking and screaming. I am not going to lie. I had suffered through vampires, werewolves, teen sex, and “comedy” comics that were not funny. So, when this Netflix Original comes out of my child’s adorable little mouth, my first reaction is “NOPE”. However, you remember that “contract” I mentioned before? Before the opening credits roll, I am planning my nap, but before I know it I am intrigued by Eleven (Millie Bobby Brown) and the rag tag group of friends who have accepted her as one of their own. Eleven, with her own set of special skills, joins Mike and his friends in search for their best friend Will. There is a lot of action, secrets, and supernatural forces at work in Hawkins, Indiana. This is another series you need to get with your teenagers quick or heck forget them and watch it while they are at school because ‘Stranger Things‘ Season 2 is due to be released at the end October 2017. 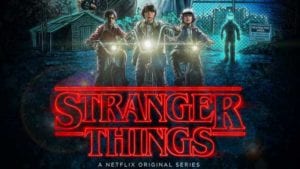 So to sum it up, there are shows out there that no longer involve dancing animal songs that get stuck in your head for hours. You can now enjoy TV with your teenagers again if you are in need of some bonding time.  However, if you decide that you can not suffer through any of these suggestions, then please take this one.

Spend quality time with your teenagers any way you can. Before you know, it they are gone to college or married, and you are stuck watching these shows by yourself.