Pokémon cards have recently seen a huge spike in value. It is impossible to pinpoint an exact reason why but there are a few factors. One big thing that certainly had an effect was when Youtuber Logan Paul purchased a Charizard card. Paul purchased a base set,1st edition Charizard card for $150,000! This had a ripple effect across the Pokémon TCG community. These days it is not unusual to find retailers completely sold out of the cards. The story just gets more ridiculous, though. A box of Pokémon cards just sold for $408,000. 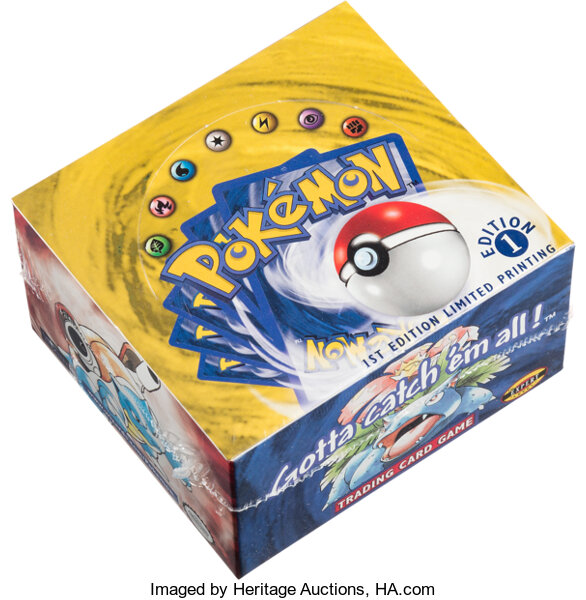 This is no ordinary box of cards, my friends! No, this is a sealed 1999 1st edition base set box of Pokémon cards. These are the holy grail of pocket monster cards and are worth a ludicrous amount of money. The box contains 102 cards which are spread across 36 packs of cards. The packs feature one monster on each, rotating between Charizard, Venusaur, and Blastoise.  The first edition base set is growing rarer as more people open boxes.

The box was purchased at a Heritage Auctions event in Dallas, Texas. They auctioned off a total of 16 Pokémon related items which garnered a staggering $1.3 million. If you want a figure to understand just how much the value of these cards has gone up, here’s one for ya. A box of similar cards sold for $360,000 in November of last year.

Logan Paul isn’t the only one who spent an absurd amount of money on Pokémon cards recently. Logic, a rapper, purchased a holographic Charizard for $220,000.

What about the $400,000 box of cards in question? Well, if you too are a rich person you can potentially buy it from the person who won the auction. The buyer is currently considering entertaining offers starting at $468,000. Or you could be like me and contemplate how you owned most of these cards and accidentally left them in the rain…

What about you? Do you have a fortune in Pokémon cards laying around or were they destroyed long ago? Let us know in the comments below!

Home » Uncategorized » A Box Of Pokémon Cards Just Sold For HOW Much!?