The Force Awakens has been in the theatres for almost 6 months. This left it at $936,662,225 million for North America’s box office. That surpasses Avatar that stands at a $760.5 million!

To top it all off, The Force Awakens is the first Disney movie of Lucasfilm, that has over thirty box office records in place. Really, I do understand it taking so many records. I know people that has seen the movie seven times in the theatre. Yes, seven!

Overall Disney had a good year if you look at the successes of movies. You have Star Wars, of course, that brought in $2 billion, Avengers: Age of Ultron with a $1.4 billion, $1.13 billion (and still going) for Captain America: Civil War, $1 billion from Zootopia, $896 million (and also still going) for Jungle Book, $857 million for Inside Out, $544 million for Cinderella and $519.4 million for Ant-Man. Really, the list goes on and on and on!

Let them have some more good years and all will be fine! 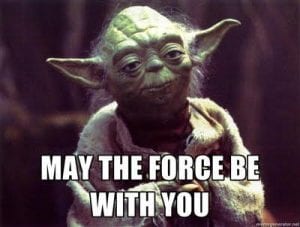