Oh, Jamie Lannister – he may not be the King of Westeros but he is certainly the King of redemption arcs. He actually pushed a Stark kid out of a tower in the pilot episode and now he is one of the most well-liked characters on the show. You have to admit that is quite the turnaround. Jamie started out as a completely arrogant and murderous asshole, but it became more obvious through the seasons that is was his ties to his family (Tyrion excluded) that were huge proponents to that behavior. Once he was separated from them, we were all able to see a different and more tender side to Jamie. A massively vital part of Jamie’s arc was the loss of his hand. With his hand gone he lost both his ability and identity as one of the best swordsmen in Westeros and as he learned to cope with that we watched him shed both his arrogance and selfishness. You have to hand (no pun intended) it to the writers who have you rooting for a once child murderer who sleeps with his sister to stay alive. 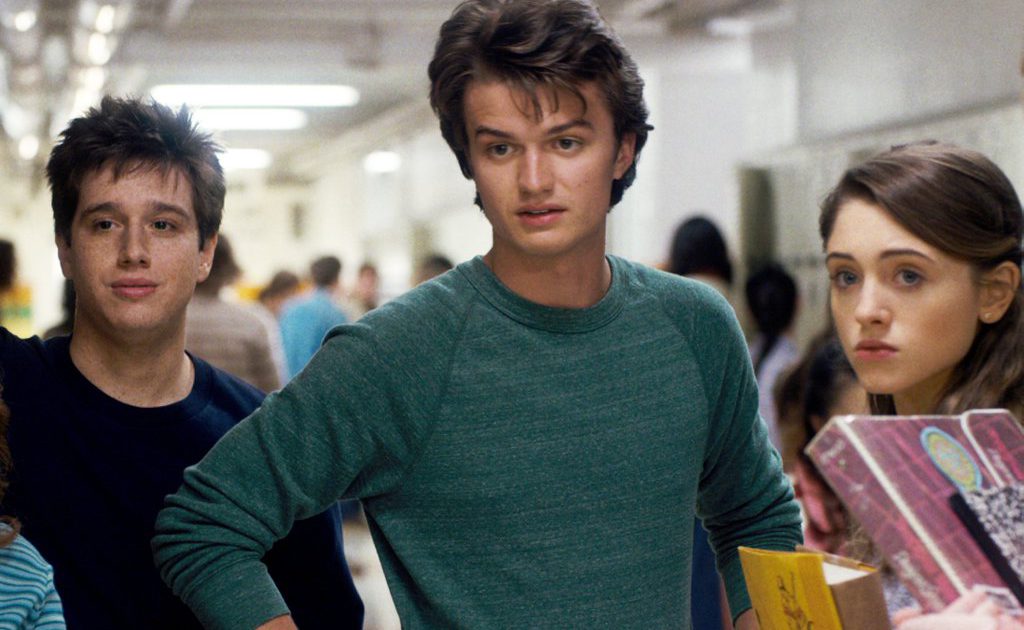 When we first met Steve he was a completely self-centered high school tool.  It seemed that all Steve was going to be for the show was the “jerk”, especially when he did things like smash Jonathan Wheeler’s camera, blow off Nancy when she voiced concerns about Barb, and deface the local movie theater. However, Joe Keery who played Steve was doing such good work that the show’s creators, The Duffer Brothers, were inspired to create Steve’s redemption arc. He slowly started to evolve, starting with him telling his friends off and assisting the people cleaning up his theater graffiti. By the end of the show, Steve’s got a spiked bat and is helping Jonathan and Nancy fight off the monster. Typically, a character like Steve would be hiding in the corner while Jonathan and Nancy fought off the monster together, therefore making Jonathan the much better match for her. However, since Steve’s arc was so well done and really showed a full journey of emotions and depth, his character at the end of the series was completely believable. Remember when he gave Jonathan a new camera? Swoon.

I’m pretty sure we were all fans of Andy Dwyer the whole time Parks and Recreation was on the air. I mean, he was played by resident charmer Chris Pratt after all. However, Season 1 Andy and Season 7 Andy were vastly different. When we first met him he had fallen into the pit behind his and Ann’s yard. He was a selfish deadbeat mooch and a horrible boyfriend, often taking advantage of Ann’s kindness. Once the two inevitably split, he falls back into the pit and spends some time trying to come between Ann and her new relationship with Mark. Eventually, he gets a job as a shoe shiner at City Hall and things start to change. He’s still a bumbling idiot, but he’s a lovable bumbling idiot and being closer to the Parks staff and the people of Pawnee allowed Andy to grow as a character. Through his relationship with April, he becomes self-sufficient, goal-oriented and caring. He became a jack of all trades full of excitement and had a thirst for life that he really lacked early on in the show. Andy wore a lot of different hats over the seasons, but he eventually started his own children’s entertainment empire as Johnny Karate. It was hard to watch Lost without being confused about your feelings for Sawyer, a sentiment that was often mirrored by the characters on the show as well. In comparison to Kate and Jack who were struggling with crimes of passion and the ramifications of overbearing parents, Sawyer was dealing internally with much more emotional and complex conflicts. It took a while for him to really open up, but once he did Sawyer became one of the show’s best characters. He was a jerk in season 1, a con-man always stirring up trouble, spewing hate and being a pain in everyone’s side. He was a hot head and hard-hearted on the outside, but as the show began to spend more time allowing us to get to know Sawyer, we began to see just how likable, passionate and deep he really was. His flashbacks gave him sympathy and his heroic actions gave him followers. I mean, he jumped out of the helicopter, which was another testament to how much his character had grown. We saw him through all walks of life, starting as a terrified child to con-man, to the reluctant leader to the leader with the trust of his people. He dealt with the demons of his past, forgave himself and learned to love.

Brooke Davis was an insanely real and relatable character on One Tree Hill. What started out as a guest starring role turned into one of the series’ most important and beloved characters. However, it wasn’t the easiest road to get there for her. When we first met Brooke she was a snotty cheerleader with a slutty reputation who loved to party. When things weren’t going her way in season 1 she often took it out venomously on other people, making their lives worse, but once you learned that at the end of the day she went home to either an empty home or a home filled with unaffectionate parents you began to feel for her. Soon, Brooke began to grow into a vulnerable, smart and caring character who was an absolutely amazing friend. She learned forgiveness and that her true worth was far more than what the star of the basketball team thought of her. One of the aspects of Brooke that made her so redeeming was that a majority of her growth came as a result of loss. In season two she lost her money, in seasons three and four it was her losing Lucas or when she had to give up Clothes Over Bros and in season seven when she learned she was unable to have a child. These setbacks only made Brooke Davis more fierce and by the end of the series, she was a happily married mother of two with her own successful business and was totally adored by all.

It didn’t take long for people to hop on board the Daryl Dixon train, but it certainly was a bumpy start for some. These days it almost seems impossible to think that there was a time when people weren’t shouting “If Daryl Dies, We Riot” but it was a little touch and go in the beginning there for the fan favorite. When Daryl first stormed onto the scene, he was rightfully livid about the group leaving Merle behind in Atlanta, but his excellent hunting and tracking skills made him a huge asset to the show and the survivors. Of course, along with those killer skills came a wild, impulsive and often belligerent temperament, that often left Daryl with one foot out the door. However, come season 2 on viewers were really able to see another side of Daryl as he vehemently searched for Sophia, finally found closure with his brother, formed tight familial bonds with the group and most recently was tortured at the hands of Negan. Soon enough, “If Daryl Dies, We Riot” was a thing and Daryl became one of the show’s most precious and psychologically complex characters on The Walking Dead.

Rachel Berry was introduced as the shows “main” character in season 1 of Glee, which meant that the writers wanted us to care about her from the start, but I think we all know that it was a slow burn warming up to her. When we first met Rachel she was selfish and self-absorbed, and while her drive was one of her most admirable qualities the manner in which she fought to get to the top was anything but likable. She was competitive and childish, constantly treating her friends and romantic interests like they were indispensable. A lot of the times Rachel would make great strides forward but would take a few steps back shortly after. However, as the series progressed and she began to take full advantage of the amazing people in her life she became more kind, empathetic, supportive and giving. Her dream to get into NYADA became our dream for her and to see her struggle with her future was relatable on a many levels. After the death of Finn, it was even easier to root for her as she grappled with finding herself and a life of happiness without him. The series ended with Rachel returning to McKinley to teach the Glee club and she eventually got the Tony she always wanted and it was a telling moment of how far she had come when she thanked Mr. Schuester and the New Directions.

What characters do you think had great redemption arcs? Leave them in the comments!

Home » Uncategorized » 7 TV Characters that Made You Say “Wait, I’m Rooting for them Now? When did that Happen?”