Fans of The Walking Dead aren’t the only ones who are anxiously anticipating the premiere of the series’ eighth season. Not only does the episode stand out as it’s 100th – and the one that lays the groundwork for the next 100 – it marks a huge achievement in the lives of the cast, crew, and fans.

Entertainment outlets are just as excited for the return of the series because it is one of the biggest entities in pop culture, and Entertainment Weekly specifically always has an awesome way of celebrating the show’s return.

From the special edition, 100th episode covers we just got to the first ever cover and the ones where the cast shows up the cover of all other magazines, The Walking Dead has one of the easiest and most beautifully photographed casts of all time.

EW shared all of their covers in a recent article, and after looking through them, we decided to choose five of our favorites to share with you. 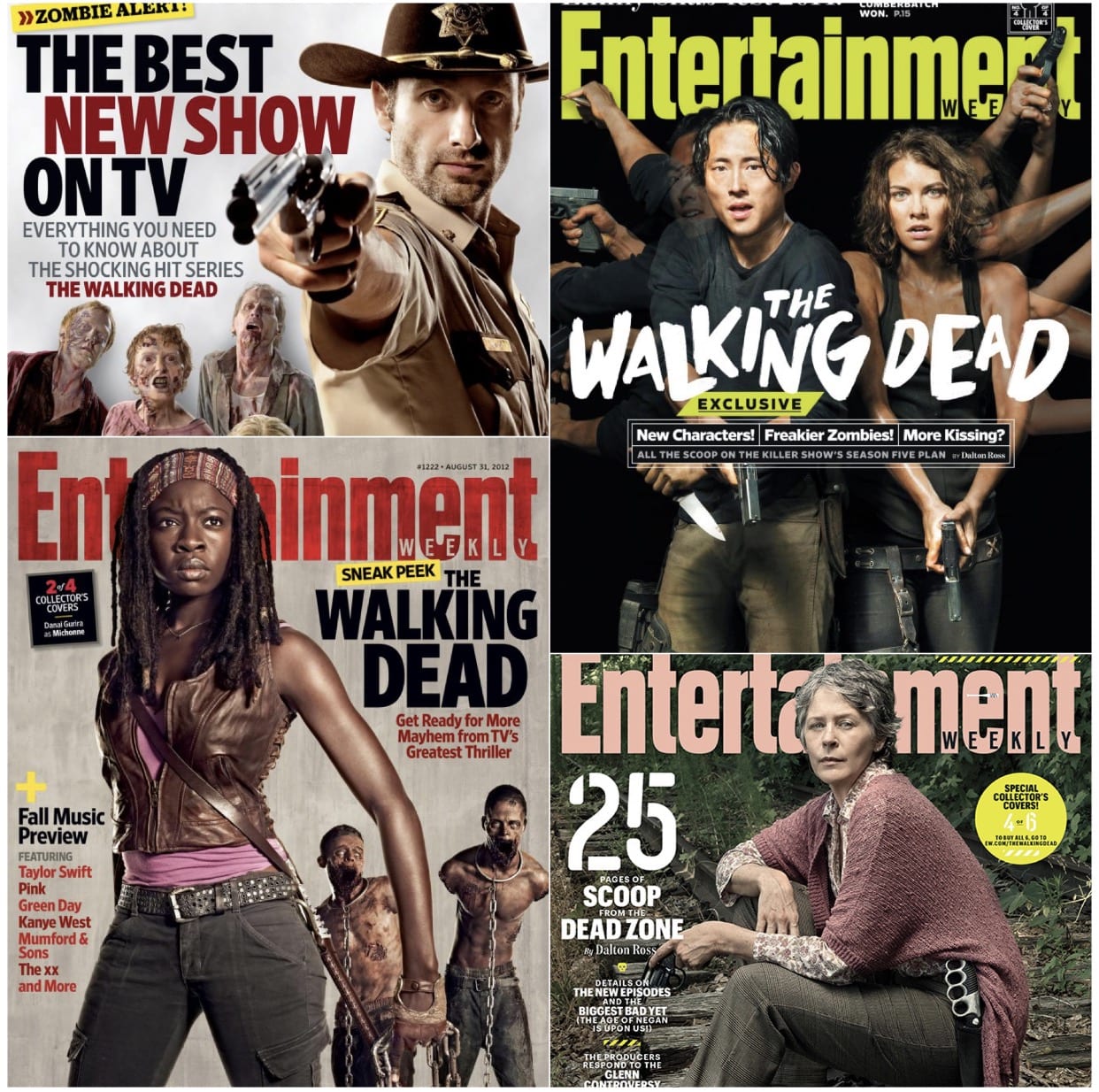 We had to include the first EW cover with you – just check out how different Andrew Lincoln looks from then to now. It really shows how long we’ve been part of this Walking Dead family.

Up next is the one where Danai Gurira looks stunning as Michonne standing in front of her ‘pets’. We think you’d be hard-pressed to find someone who looks more bad ass than she does.

Then we have Steven Yeun and Lauren Cohan in their zombie fighting stance, and being quite honest, the nostalgia of them as a team may have brought some tears to our eyes.

Then there’s Melissa McBride on train tracks, holding a weapon and looking like the weight of the world is on her shoulders, in that season, it definitely was. 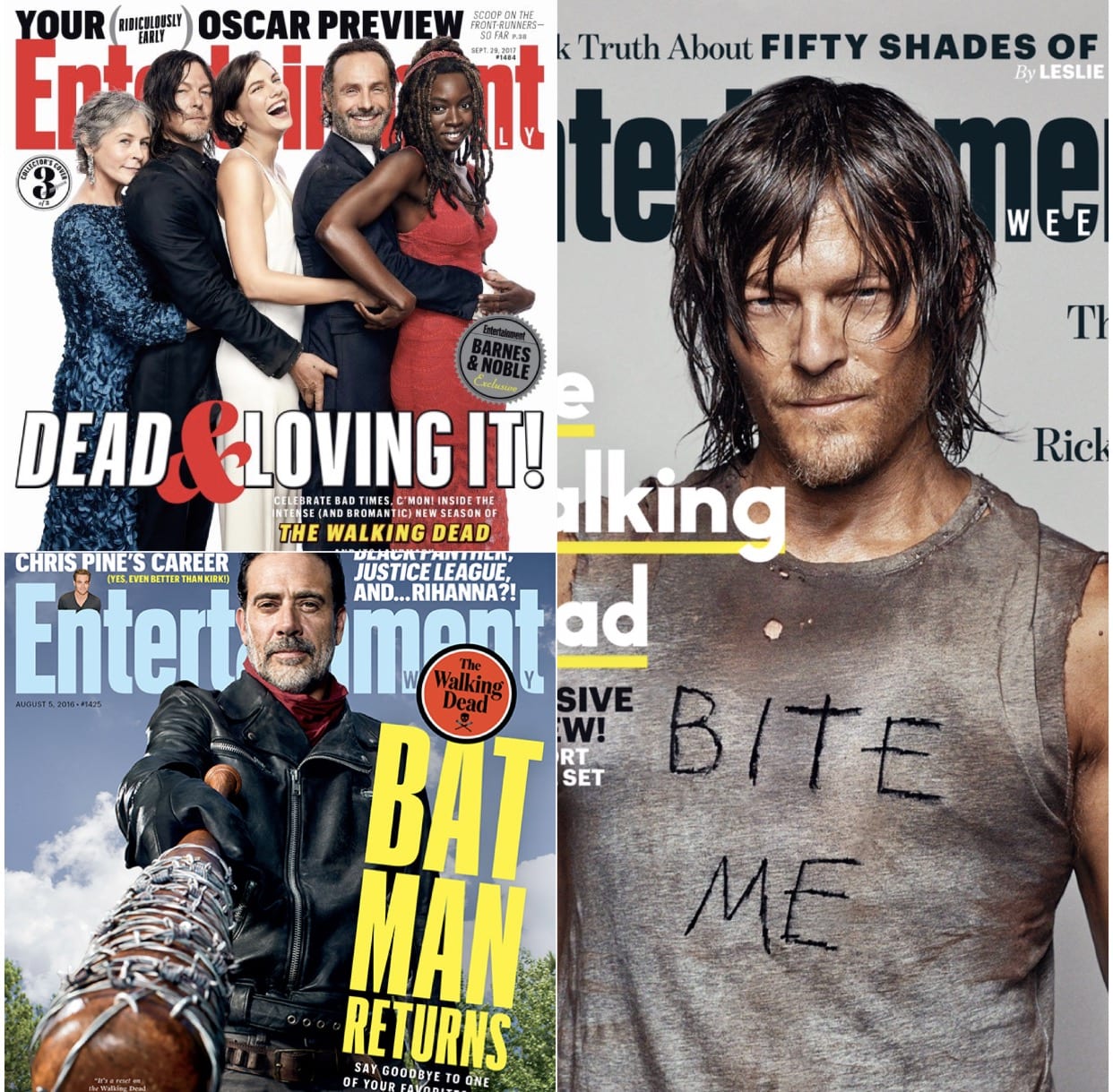 Next is Norman Reedus in the infamous Bite Me shirt, and the message was totally cool, until a fan too it too literally and…well…actually bit him. Please, don’t bite Norman.

From there, Jeffrey Dean Morgan graces the cover with Lucille and the most infamous villains in The Walking Dead history was first commemorated.

Finally, we have the prom pose with the cast celebrating 100 episodes, because they look as happy as we hope they are with such a momentous occasion being on the horizon.

Did we include your favorite cover? If not, which one do you treasure most? Let us know.