Season five of Wentworth is rumored to air in Australia May 2017, and if past reports indicate the future of when America will get their hands on it, well, it could be a while. Yes, that’s practically the worst possible news EVER for us folks in the U.S. waiting with baited breath to see if our beloved Bea is really, dare I say, gone. Not to mention the fate of Joan “the Freak” Ferguson hangs in the balance after that little stunt (aka cold blooded murder… again) she pulled in the season four finale. Bea finally got ya, na na na na na na! *sobs in the corner*

Now, over the years I have gotten to know this cast quite well– no, I’m not one of those super fans with a screw (pun intended) loose who thinks “celebrities” are their best friends… I actually have had the pleasure of interviewing almost the entire ensemble of Wentworth (p.s. this is an open invitation to Kate Jenkinson, Tammy MacIntosh and the dream ruining Principal from Faking It Bernard Curry to join me on my virtual interview couch for a little chat, I’ll bring non-corporeal donuts) and I kid you not, they are a lively, humble and downright talented bunch. Now that this show is finally blowing up in the states, like I had hoped so many moons ago, the fans are more rabid than ever. Since we have a long road ahead of us before we get to see the gang back on our screens (damn you Netflix! I mean, I love you… please don’t hold Season 5 hostage), I figured it would be the perfect time to tide you guys over during this extremely long hiatus and introduce you, gentle viewers, to a new column featuring the stars (past and present) of Wentworth. *cue the gals doing the hot potato dance*

Have you ever wondered what the person playing your favorite character on TV does in their spare time? Do they have hobbies, are they homebodies just like me (and perhaps you), do they swoon over the same celebrities while they’re trolling the web for the latest pop culture news? Well… I’m on a mission to find out all that, and more. And I’m kicking off this mini interview series with none other than Socratis Otto. It’s only fitting that we start this thing off with my pal Soc, because he’s literally the sweetest man alive. Not to mention he plays Maxine Conway, a trans inmate at Wentworth Prison and much like many of the women behind bars, her fate is up in the air. Maxine isn’t just facing the trials and tribulations of living in a prison setting, with Top Dog wars, the Freak and her villainous ways, or Tina Mercado trying to peddle her gear (drugs) to the ladies… but, she’s fighting for her life against the biggest villain of them all: cancer.

But before we get all down in the dumps about what’s coming up on Wentworth (because quite frankly, we don’t know diddly-squat about the new season), let’s dive into what this Aussie has been up to lately. He sure has been busy since we last saw him on TV, where Maxine sat by Allie’s side giving Bea the bad news that her newfound love wasn’t going to make it. Oh, how the tables have turned, haven’t they?

From traveling the world to working his tail off to secure new projects, this Australian film, theatre and television actor has really been hitting the ground running…

MCKENZIE MORRELL: Thanks for joining me again! What have you been up to since Wentworth wrapped? I know everything is tight-lipped, so in regards to filming season 5, returning cast members, and all that, I’ll try not to bludgeon– I mean, coerce it outta ya [laughs].

SOCRATIS OTTO: I spent time in Italy, Portugal, Holland and a few other European spots. The gypsy lifestyle is invigorating but can also take its toll. I’ve only been back a few months and am reacquainting myself with Sydney. I haven’t lived here for over 7 years. I have my hands in a few sweet pies, potential further study and travel, a promotional trip during Christmas [laughs] basically more of the same really… new projects, new cities, no roof over my head…

MM: Well, you always have a place to stay if you’re in the states! You’ve got a friend on the East Coast [laughs]. If ever given a chance would you enter a dating show like The Bachelor?

SO: Funnily enough someone on Wentworth recommended I watch UnREAL and I binged both seasons in a weekend. It’s very addictive stuff. Then I heard from someone who works on the Australian version of The Bachelor that unREAL is not too dissimilar to what actually goes on there. That’s kinda frightening. So no, I’ll rather attempt to outwit and outplay on Survivor, thanks.

MM: [Laughs] I love UnREAL. Constance Zimmer can come hang out with me anyday. So, what was the last show on Netflix you binge-watched?

SO: Okay, ready? Ray Donovan, Mr Robot, UnREAL, Stranger Things, Girls, Cleverman. Not all on Netflix but I like to multi watch.

MM: You rebel, you. Alright, let’s get freaky… name one actor/actress you would love to get naughty with?

SO: Ooh can I have some Tilda Swinton, Marion Cotillard, and Azealia Banks? They’d be my isosceles triangle. Mind you, Eric André… there’s one nut whose naughtiness would serve as some good medicine… FOR ALL OF US.

MM: [Laughs] Are there any characters from shows you watch that you “ship?” Just two individuals on screen that you just really want to see get together.

SO: I’m a BIG sucker for romance but I’m finding I can bypass current canoodling on screen. I’m more so enjoying seeing characters conspire together, remain ambiguous in their pursuits and keep us guessing. But tell me who am I missing, Mckkers- am I watching the wrong shows? Everyone else has kinda gotten together haven’t they? Having said that, Boomer and Maxi?

MM: Now that would be interesting! Tell Katrina [Milosevic] I’m so down for that next season! Now, if you only had one day in NYC, what would you do?

SO: Visit Astoria, there’s nothing grand or showy about it but it remains a place that holds special memories and reminds me of a time growing up. There’s an innocence there that’s quite nostalgic and timeless… a little bit of untainted magic. And of course, it goes without saying, but I’ll find you Mckkers and take you up on everything you’ve promised over the years, [laughs] I’ve got a wonderful memory. Plus, I’ve already stocked up on your Tim Tams.

MM: You had me at Tim Tams! 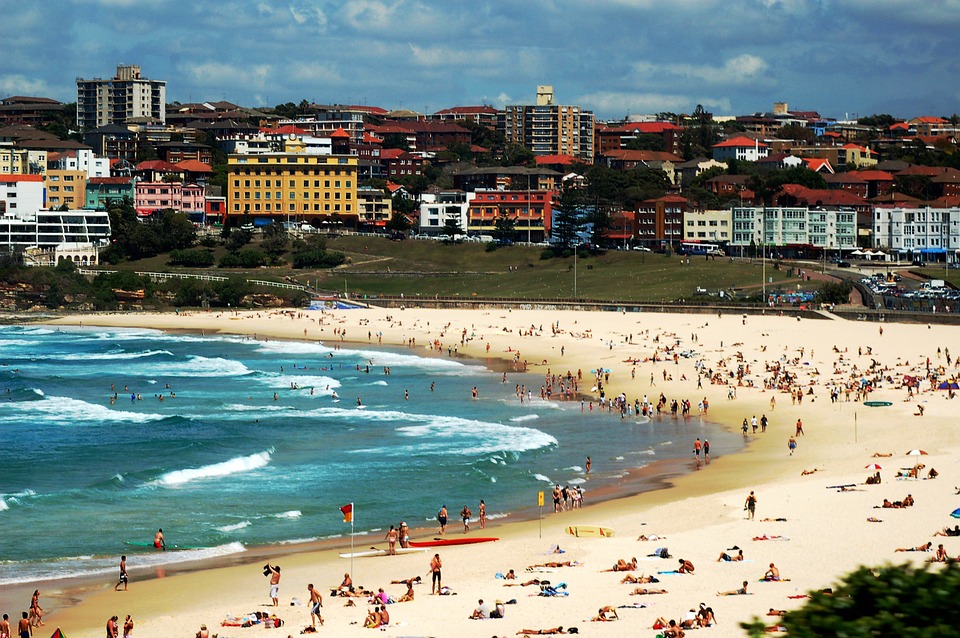 He used to present a music show for several years in the 90s. During that time, he got to talk in depth with many artists such as:

Not only did he used to work in one of the first music stores on the legendary Bondi Beach, but he co-managed it as well. Ben Harper frequented the shop, and thanks to the quick-wit of Socratis, when he walked in one day they were playing one of his CD’s.

“I really loved introducing new sounds to customers and listeners,” said Otto. “Still do. I definitely want to keep music harvesting in my life whether it be more presenting, writing and collaborating, performing as well. DJ Allie Cat isn’t the only one who can nurse a rhyme.” 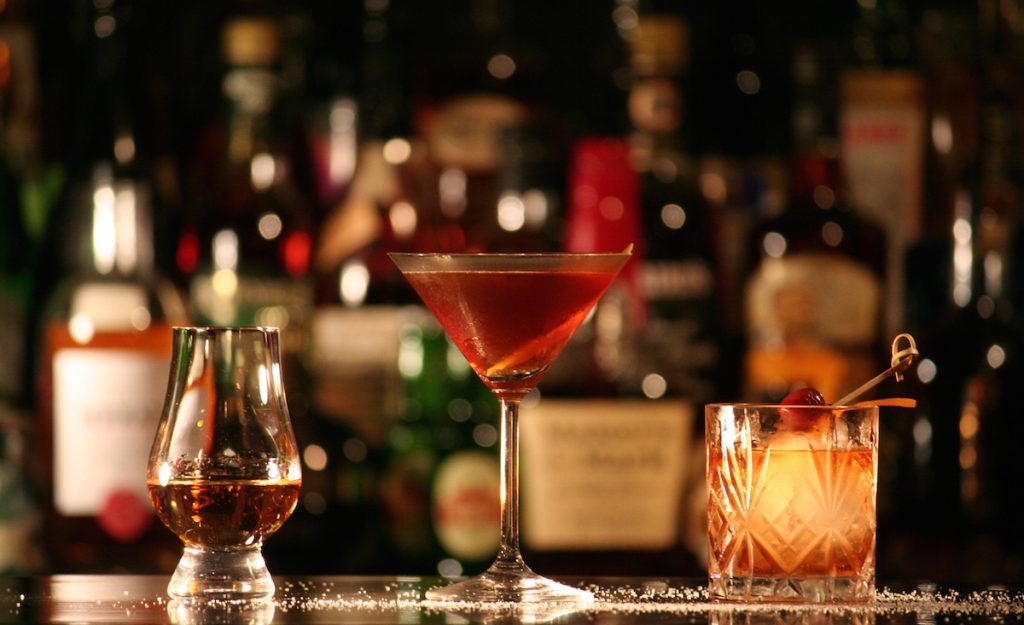 Otto is currently studying mixology and looking to branch out at some point into new and exciting avenues, I mean, with all that he’s managed to pick up from his travels– that shouldn’t be too hard! I’ll take a muddled mojito, please and thank you. 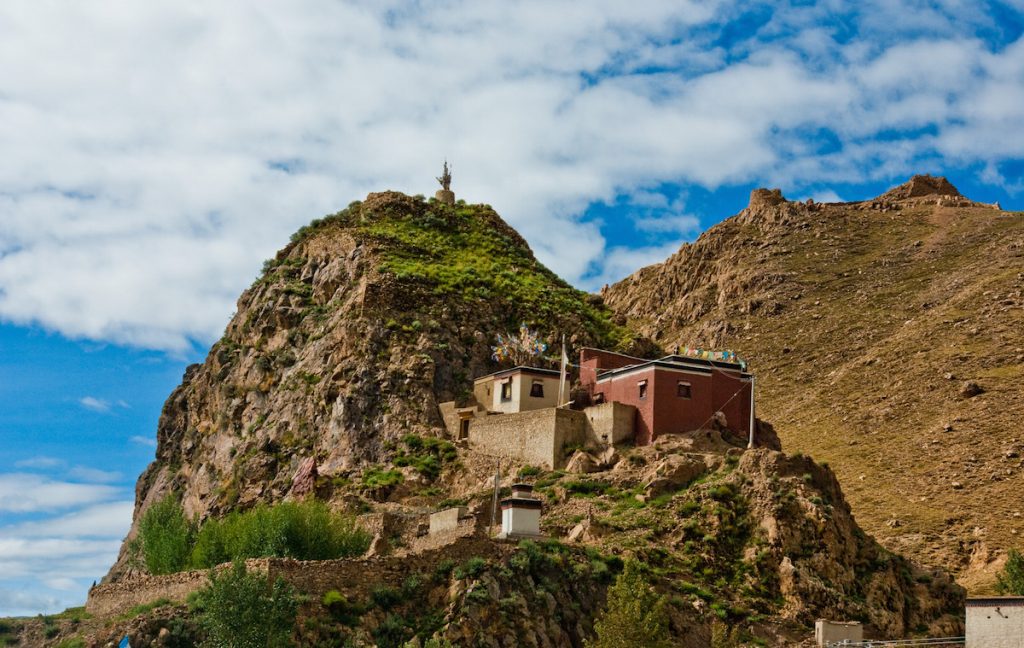 Tibet is one place that remains on his To Do list.

When asked what he would like to play next, his ideal role? To be a character who is foreign to the language of the film. Throwing it out there that either it can be a different dialect or perhaps a mute role.

“I’ve studied sign language and think it’s fascinating seeing two people communicate in ways we’re not exposed to much,” he said. “Also a biopic of sorts, playing someone who in fact existed is always daunting but I’m a sucker for that kind of challenge.”

Otto played Charles Darwin once, showcasing his life from his teen to his ailing years and he even ended up writing his own origins story just to get his head around everything that was circulating in that man’s brain. Talk about dedication to a role… 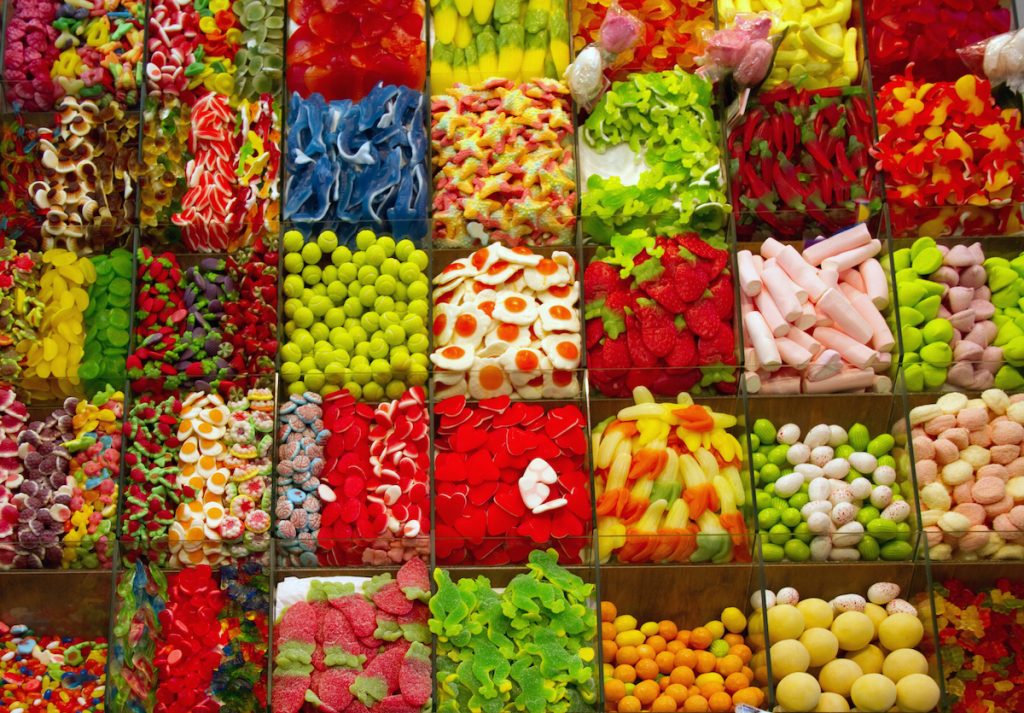 Much like myself, Otto has a sweet tooth. Perhaps the sweetest amongst the entire Wentworth cast. Guess we’ll be sharing a sugary treat if he ever ventures back to New York City any time soon. Nom!