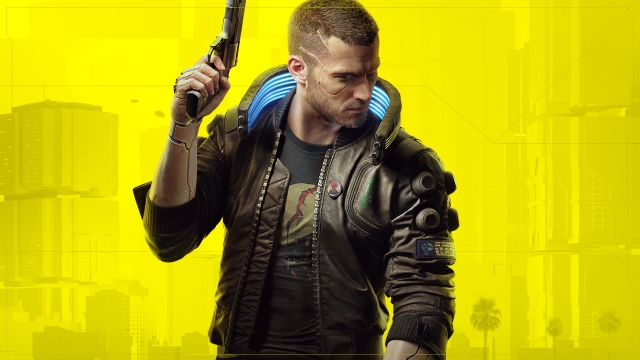 This week already hit us hard. We unfortunately had news that Final Fantasy VII Remake and Marvel’s Avengers had been delayed. It hurt, we adjusted, and moved on. But this one gets us just a bit more. Cyberpunk 2077 is now not making it’s April 16th date.

“We have important news regarding Cyberpunk 2077’s release date we’d like to share with you today. Cyberpunk 2077 won’t make the April release window and we’re moving the launch date to September 17th, 2020.

We are currently at a stage where the game is complete and playable, but there’s still work to be done. Night City is massive – full of stories, content and places to visit, but due to the sheer scale and complexity of it all, we need more time to finish playtesting, fixing and polishing. We want Cyberpunk 2077 to be our crowning achievement for this generation and postponing launch will give us precious months we need to make the game perfect.

Expect more regular updates on progress as we get closer to the new release date. We’re really looking forward to seeing you in Night City, thank you for your ongoing support!” 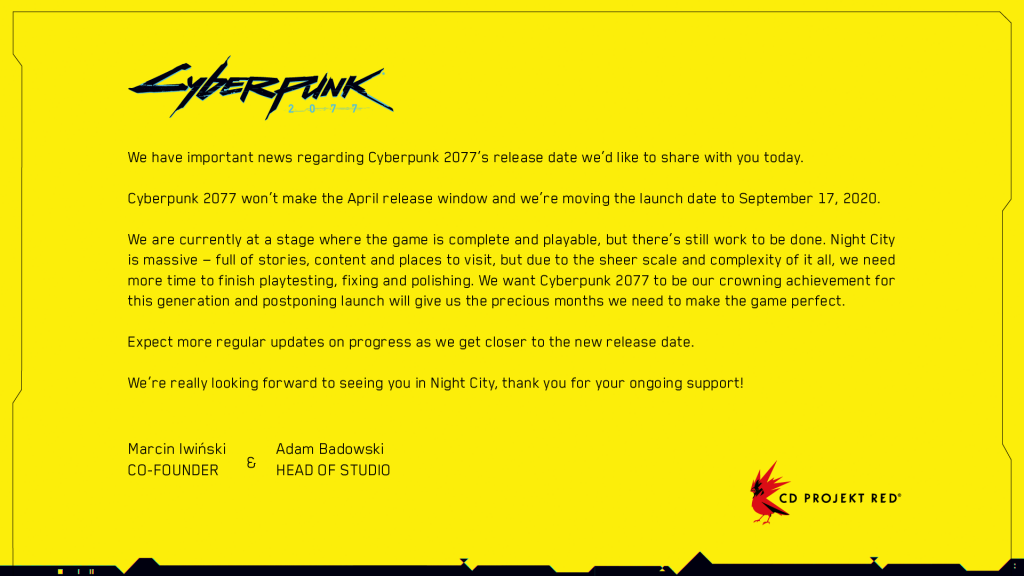 It sucks, but felt somewhat inevitable.The same with Marvel’s Avengers, when you go so long without any news, a delay is usually around the corner. On the good side, April still has Final Fantasy VII Remake and Resident Evil 3 Remake, both big releases. You won’t be bored by any means.

This however is a good moment for me to soapbox. Delays aren’t bad as much as we hate them. I appreciate a developer deciding the product needs refinement. While some teams admittedly can do it too much and still put out a bad game, most have the best in mind. A studio like CD Projekt Red is one I trust and know they have a plan in place to make Cyberpunk 2077 a fantastic release. Here’s to hoping that’s all the time they’ll need and it doesn’t get pushed any further.

And also CD Projekt Red? Just gimme some more Keanu Reeves and we’ll call it even. I’m somewhat surprised they didn’t ask him to do a video announcing the delay.

Cyberpunk 2077 will release September 17th, 2020 for PlayStation 4, Xbox One, PC, and Google Stadia. You can pre-order physical copies of the game, as well as digital for PS4 here, and Xbox One here. 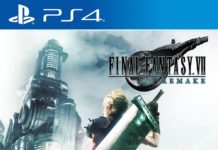