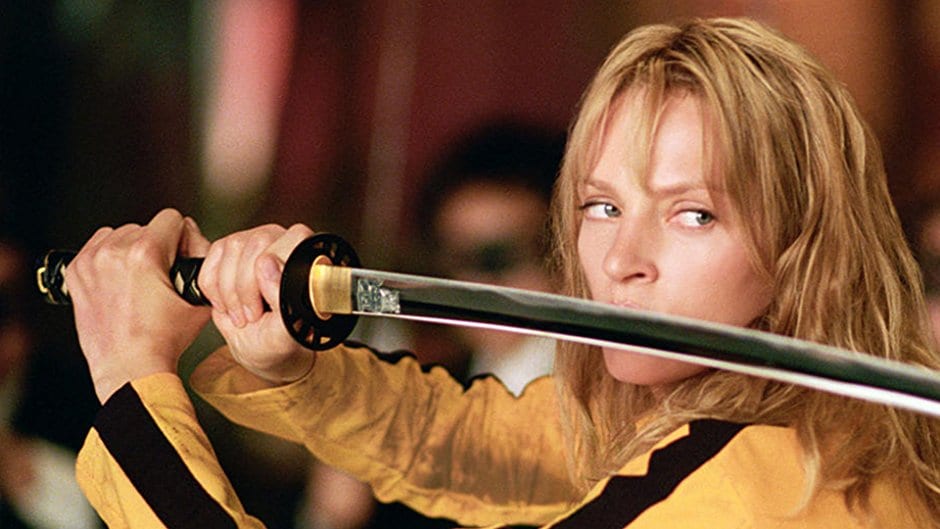 Quentin Tarantino stopped by SiriusXM to appear on Andy Cohen Live and Cohen asked Tarantino if Kill Bill 3 is something that could still happen.  The answer should get Kill Bill fans excited!

“Well I just so happen to have had dinner with Uma Thurman last night, we were at a really cool Japanese restaurant…. She was bragging about me, and I was bragging about her, it was a lovely night [Laughs]…,” said Trarantino. “Well I do have an idea of what I would do. That was the whole thing, conquering that concept… exactly what’s happened to the bride since then, and what do I want to do.”

Tarantino continued, “Because I wouldn’t want to just come up with some cockamamie adventure – she doesn’t deserve that. The Bride has fought long and hard. Now I have an idea that actually could be interesting – I wouldn’t do it for a little bit though… It would be like at least three years from now or something like that. But look, it is definitely in the cards.”

Cohen asked about what his future looks like and if directing would again be in the card? Tarantino admitted that Kill Bill Vol. 3 would be his next movie project but that making movies isn’t.

For a bit of a refresher, Kill Bill Vol. 2 found The Bride (Uma Thurman) with her quest to finish the hit list she has composed of all of the people who have wronged her, including ex-boyfriend Bill (David Carradine), who tried to have her killed four years ago during her wedding to another man.

After leaving several dead in her wake, she eventually tracks down Bill in Mexico. Using skills she has learned during her assassin career, she attempts to finish what she set out to do in the first place.

What do you think a Kill Bill Vol. 3 film looks like?  What’s the story for our Bride?

For fans, by fans. That is our motto! From the beginning, our goal has been to create a true fan experience. Whether it’s latest reviews, news, and industry scoop at FanFest.com, we want to give fans new ways to interact with the show and characters they love.
Contact us: [email protected]
© Fan Fest and the Fan Fest logo are trademarks of Fan Fest News, LLC. All contents of this website are ©2019 by Fan Fest News, LLC. All worldwide rights reserved. Third party images are used under the fair use doctrine. All information and materials on this website are provided for general information and entertainment purposes only. FanFest.com is not associated with—and we have no "official" relationship with—any production company, film or television studio, or any subsidiary or affiliate of the same. The goals of FanFest.com are to provide quality entertainment and useful, interesting information. Questions? Contact: [email protected]st.com