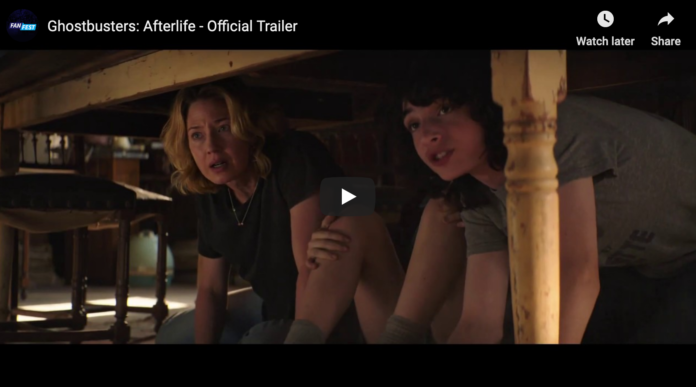 The Ghostbuster franchise is back and some of its original team are set to return too in Ghostbusters: Afterlife and the official trailer is here!

Rudd will play Mr. Grooberson, a teacher who remembers the event, the “Manhattan Crossrip’ wherein was the finale of the original Ghostbusters film and Rudd ” is excited to pass on what he knows,” of the event to his students.

The film is described, “As the family arrives at an old farm, they begin to discover their connection to the original Ghostbusters,” Reitman told Vanity Fair. “Trevor and Phoebe are about to find out who their grandfather was and whether they’re ready to pick up the proton pack themselves.”

Reitman did not want to disclose much more but hinted that their appearance could lend to who they may be related to. Is this a hint that they are the family of Egon Spengler, played by the late Harold Ramis?

Reitmen went on to describe his excitement of returning to the franchise,,, saying “The joy of cowriting a film like this is imagining the sound of Ecto-1’s engine revving back to life or the moment a PKE meter lights up for the first time and begins leading you toward your destiny,”

Are you as excited as we are about the return to the Ghostbusters franchise? Let us know in the comments below!

Ghostbusters: Afterlife is set to land in theaters on July 10, 2020.