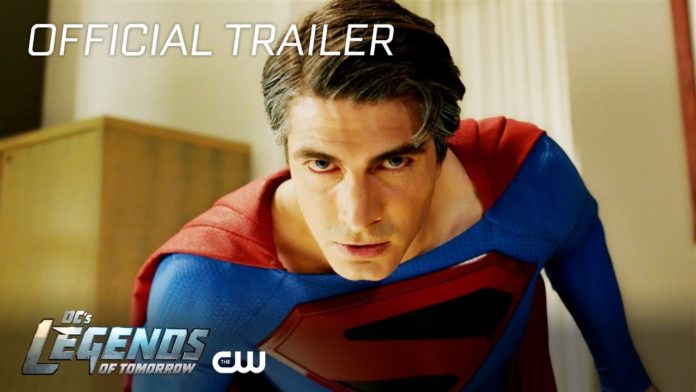 The Legends Are Back in New Season 5 Trailer

Ahead of the upcoming ‘Crisis on Infinite Earths’ crossover event, the CW has released a new trailer for Season 5 of Legends of Tomorrow. The ragtag group of heroes is back–whether we want them or not. After the emotional Arrowverse crossover, they may be exactly who we need.

Last we saw our heroes, Nate was brought back to life, but in a twist of fate, Zari was erased from their memories. Now, her brother has filled her roll on the team. Down in Hell, Astra is out for revenge against the man who failed her. Despite the darkness of the coming Crisis (and “crisis”), Season 5 of Legends is going to be just as zany as ever.

From the trailer, we have a spoof of Mister Rogers’ Neighborhood featuring Ray. The puppets are back. The Legends go to prom? More gangsters. Zari 2.0. Sara and Ava enjoying their weapons. Rory is the lead in a Shakespeare play? And of course, the return of Beebo, but as a blanket and shag rug. Legends always finds new ways to be ridiculous.

It was confirmed during the hiatus that Brandon Routh and Courtney Ford will step down as series regulars this coming season. Routh is one of the original Legends, and it will definitely be sad to see him go. Legends will surely give Ray and Nora a worthy send-off. It was also teased during SDCC 2019 that Sara will gain a superpower this season. Caity Lotz was tight-lipped about the ability she would gain, but the actress is excited for something new for Sara.