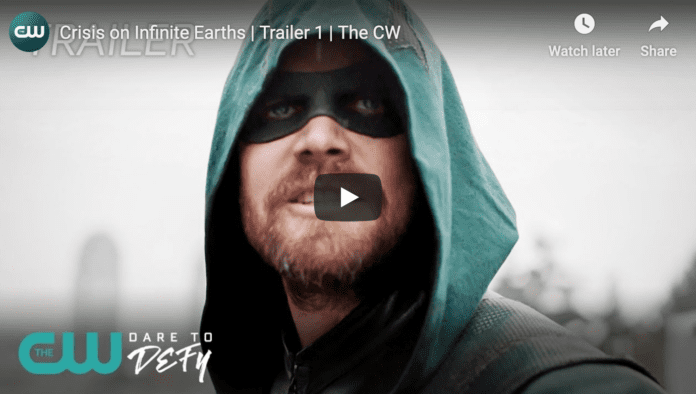 We are just 11 days away from CW’s crossover extravaganza and our patience has been rewarded yet again. CW released a brand new trailer for the Crisis on Infinite Earths crossover.

The new trailer promises plenty of action and our heroes toughest challenge yet… the annihilation of every single earth in the Multiverse.

You can check out the brand new trailer right here:

Despite the trailer being so short, there are actually quite a few highlights.

“Hope is the light that brings us out of darkness”

Get ready, DC fans. You won’t want to miss this at all. Just as a reminder, the massive TV crossover will begin in December with Supergirl, then Batwoman, then The Flash. After The Flash, the event will take a 5 week break and return mid-January 2020 with the final 2 episodes; Arrow and DC’s Legends of Tomorrow.

Here is a detailed look at the schedule for Crisis on Infinite Earths provided by CBR.

You can read more about CW’s Crisis on Infinite Earths right here. Are you excited? Let us know in the comments below!