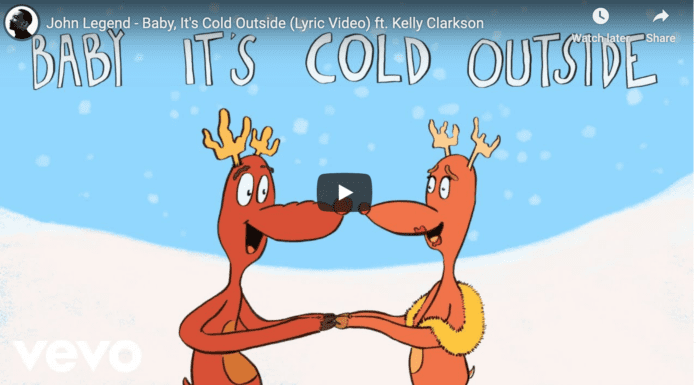 Over the past couple of holiday seasons, there’s been a movement to push to get the holiday song, Baby, It’s Cold Outside, off the radio due to some listeners interpreting the song in a bad way. Some are saying that the song is about a man pressuring a woman to stay with him against her will. Yet, some say the song is just a playful back and forth between two flirting people. Well, John Legend and Natasha Rothwell have taken a stab at rewriting the holiday classic for Legend’s new album, A Legendary Christmas. This new version feature’s Kelly Clarkson’s vocals, who is a fellow coach on The Voice with Legend.

The song, originally written by Frank Loesser and his wife, as a playful and flirty holiday song, now has new lyrics, thanks to Legend and Rothwell. These lyrics include, “it’s your body, and your choice.”

The song is updated to a #metoo version, which is friendlier and more supportive, according to its writers. The new lyrics even offer to call for a ride to pick up the female in the song.

What do you think about John Legend’s new version of a holiday classic? Is it too much or is it appropriate in today’s current climate?