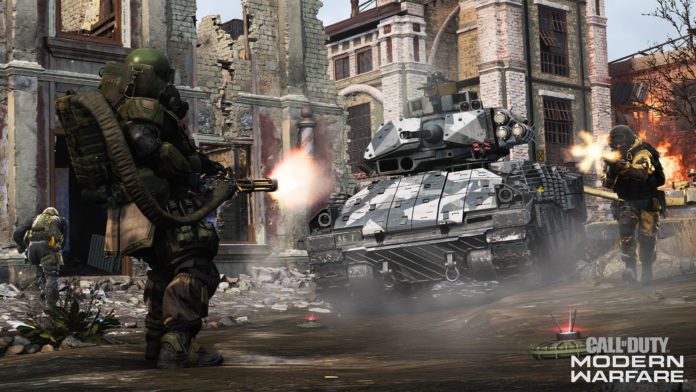 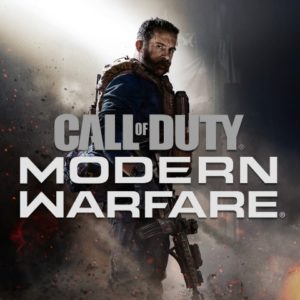 It wouldn’t be a Call Of Duty game without multiplayer. After finishing our campaign review, multiplayer is the next step. Many fans of the series jump right into multiplayer from the get go. I even know some that will grind right into the first Prestige on opening night! Multiplayer is and will always be the largest pillar of Call Of Duty. Let’s take a look and see how this one shakes out.

Multiplayer as per usual is pretty easy to get into if you’ve played a previous title. Your menus, loadouts, and settings are accessible and clear. The only thing I had a hard time with was choosing what game mode I wanted to play. What I mean by this is Call Of Duty has gone with a filter system for how you pick game modes. Unless you know it’s there, you’ll simply click on quick play and cycle through modes you may not want to play. I just would have liked either a quick tutorial that said it was there or a larger indicator that didn’t get somewhat lost on the screen. Until my in-game partner pointed it out, I didn’t even know hardcore team deathmatch was in the game.

Speaking of modes, multiplayer is absolutely full of different ones once you find that filter.

I know we’ve had plenty of them in the past, but I’m genuinely impressed with the amount ready for launch. Even more impressive is it seems we’ll be getting even more modes via updates, with Hardpoint being the first. Not only are there plenty of modes in the filter, but there are several in the main menu that don’t appear in the filter. I assume some may be more limited time, but I am not for sure.

Rather than tell you about a bunch of modes you already know about, let’s talk about the ones newer to the title or that have been reworked for Modern Warfare. The first one one the docket is Night Vision Goggles (NVG). This mode is cool, but I have my doubts on its staying power. You jump into a match with absolutely no HUD and it’s dark, so night vision goggles are your friend. Your gun has a required laser sight on it, so if you aim down sights someone with goggles on will see you.

Playing this mode was intriguing at first, but I noticed a major caveat. This mode is so completely devoid of any notifications. I don’t mind missing a HUD, but you have no idea if you got the kill when shooting someone. I mean, there will be instances where it’s a 1v1 and obvious, but every firefight left me wondering. And you don’t have time to pull up the kill menu to check.

The next newer mode is Gunfight. This one is the previous 2v2 mode brought back for Modern Warfare. I like the style this one has. You and a compatriot join together on a smallish map against two other players. First to eliminate the other team 6 times is the winner. Teams camping? No problem. After so long a flag appears in the middle and you have to make a run for it. The only other thing that can happen is a loss by total team health.

I like this one, but it’s probably better with a friend. Gunfight runs quickly, and you need to coordinate with someone if you want to win. Two players running off on their own versus two on the same team spells a likely loss for the former. Something I love about the mode? The idea of random weapons for each round (two matches). Neither team has an advantage besides their smarts and skill.

From here let’s move onto our last big new mode, Ground War. Yes, it’s from previous titles, but this is way bigger than it has ever been. Ground War is huge, weighing in at 64 players! This experience reminds me of Battlefield’s Conquest mode, with players capture points and hold them until they reach the winning score. Think of large scale Domination mode.

While this is a fun mode, don’t jump into it if you have somewhere to be. It takes a while to finish a match. The maps for this one are the largest in the game, so don’t play it the same way as regular Domination. If you try to run and gun, someone will most likely pick you off from a distance.

With all of these different modes, Call Of Duty has diversity it hasn’t had in years. Many of the previous titles had game modes that felt the same and players tended to just chase kills. While that happens in this game as well, Infinity Ward has made adjustments to at least make your experience different.

That brings us to my favorite change of Modern Warfare’s multiplayer, the pacing.

Not all Call Of Duty’s are equal, and this one isn’t in the same zip code as Black Ops 4. The series has been getting progressively faster, and Modern Warfare brings it to a screeching halt. Realistically a man in kit isn’t going to run 20 miles an hour or run across a building wall to double jump and shoot someone. In bringing back a series based more in realism, Infinity Ward recognized the need to slow everything down.

I am so happy that this game plays the way it does. Not only did things get slower and more tactical, but Infinity Ward also saw the maps needing some changes. There are more tight hallways and stairwells than before thanks to advances in programming. We also see more verticality than we ever have. This ushers in an overriding thought to the player of “I should think before I round this corner”. That in turn changes the game speed. It’s great to see a developer recognize that can’t just change the speed of the player, they have to make the environment tell the player to slow down.

There are unfortunately some things that Call Of Duty has come up every year that still plague this entries multiplayer. Spawns are still terrible. I wrote in a previous article about the beta and how the spawns would have to improve. It’s too easy to get team-wiped by a guy camping your spawn, and while better still exists. This happens a ton in Ground War where your spawns are generally the points. You can’t spawn while someone is attacking, but an enemy can just find a corner outside the point and wait.

I feel like they’ll adjust, but it shouldn’t be something we expect.

Secondly, overpowered guns. This is yet another thing that happens yearly. Someone figures out the right loadouts to mow everyone down with, and the game becomes no fun because everyone just goes with that. Currently the M4A1 and the 725 Shotgun (dubbed the Sniper Shotgun) are derailing people’s enjoyment of multiplayer. Infinity Ward has been working on nerfs for these weapons, but adjustment is still needed. I just wish this wasn’t something players had to worry about every time they picked up Call Of Duty.

On the loadouts, I can say there is plenty of variety! I like the guns, killstreaks, perks, and other things Infinity Ward chose to go into this game. Gunsmith is awesome, with plenty of different attachments to equip as you unlock new gun levels. Do all of them help or make sense? Not exactly, but that’s the nature of any Call Of Duty. Players find what works best, and leave everything else on the table. The point being, there is plenty of progression for those who enjoy the grind of Call Of Duty multiplayer.

The multiplayer for Call Of Duty:Modern Warfare as a whole is a complete experience. I left impressed with the sheer variety of modes available at launch. The gameplay as usual felt great, and I love the slowdown in pacing. This one fits my playstyle better, and I can tell by how many more kills I’m getting compared to the last ones. There are things that can be done better, like spawns. But all in all, Infinity Ward has re-established themselves as a premiere maker of Call Of Duty multiplayer.