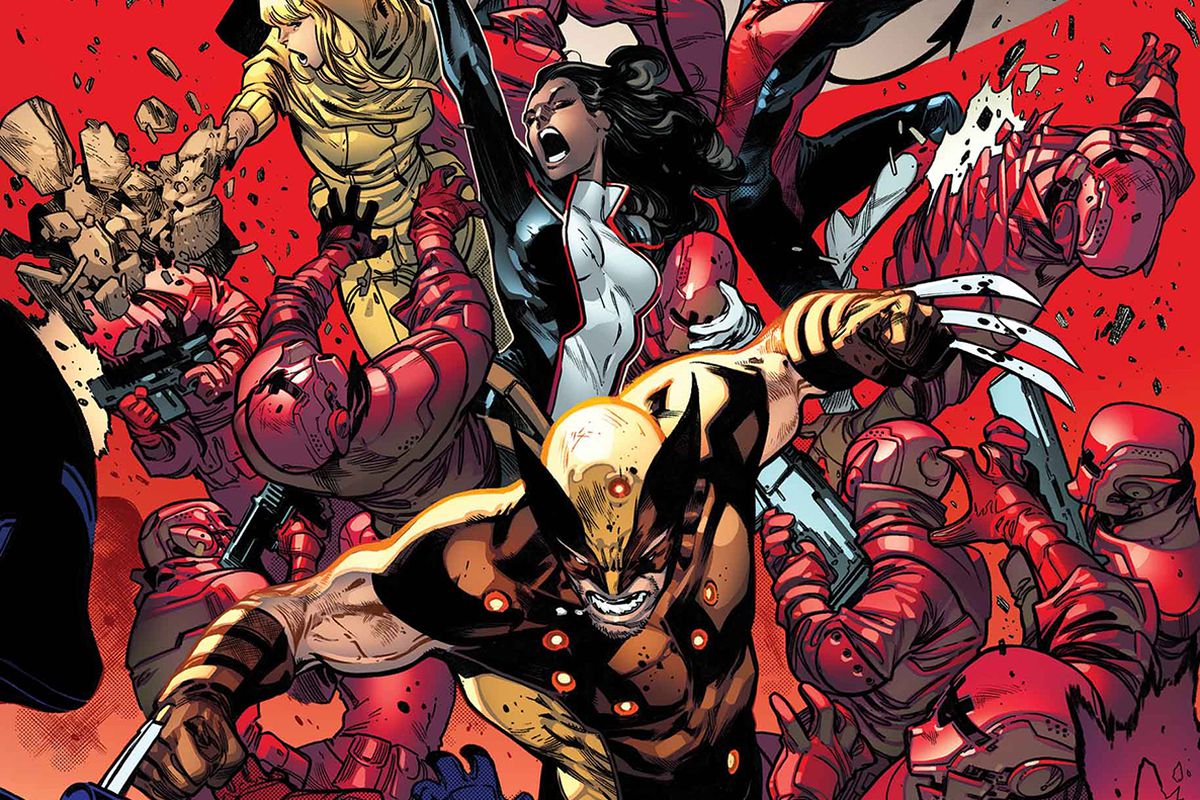 Geeklings, a very Happy New Comic Book Day to you all! How is everyone doing out there? The kids, or maybe even yourself, are back at school. Apparently, you can no longer wear white. Football season is a day away which means there are fantasy drafts everywhere. And we have a brand new batch of comics to be reading. What a time to be alive my friends.

[Side note– when are we allowed to wear white again? I’ve never understood this rule. Clearly, as I wore a white shirt to work today. I will not be held down by the strict unflinching rules of fashion. No sir!]

I hope you guys are ready for some comics, why else would you be reading the Pull List, because there are some really, really good ones to be pulling off the shelf. The types of comics that make for nice end of summer outdoor reading. Or perhaps indoors with the windows open, a comfy chair, and a blanket. Or… I’m not here to tell you how to read, I’m just here to tell you what to read. Starting with… 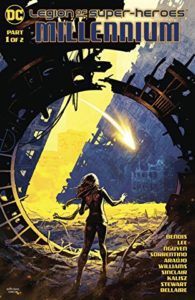 Legion of Superheroes #1- They’re baaaaaaaaaaaack! Brian Michael Bendis has been working overtime as of late. Since coming to DC he’s brought back the Young Justice team, he’s ushered in a new era of Wonder Comics, and now he’s bringing back the Legion of Superheroes. You may have noticed that the team showed up during the latest issue of Superman and it would seem that a large part of what Bendis has been doing at DC has been leading to this exact moment. So, what does it mean? How about the connecting of all of DC’s future timelines. We’re talking the universes of Batman Beyond, Tommy Tomorrow, and Kamandi to name a few. This book gives Bendis a lot of freedom to play within the DC sandbox so to speak and I’m really excited for what the… future holds (totally nailed that pun! You’re welcome). 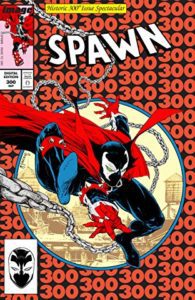 Spawn #300- Milestone issue alert! This is a big deal as a matter of fact. With issue #300, Spawn becomes the longest-running independent comic book series of all time. That’s pretty incredible when you think about it. Three hundred issues of Spawn. This issue looks to be a celebration of the character with a story from Todd McFarlane himself and a bonus story from Scott Snyder. There’s a bunch of guest artists including Greg Capullo, J. Scott Campbell, and McFarlane himself. Spawn was a game-changer when he showed up three hundred issues ago and what he’s been able to achieve in comics is something worthy of our celebration. Here’s to another three hundred! 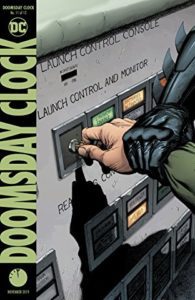 Doomsday Clock #11– Yes, it’s really here. It’s hard to talk about this series without mentioning the delays, and I hate being that person, but the delays here have been pretty substantial. What Geoff Johns and Gary Frank have done with Doomsday Clock should be impossible. A sequel to Watchmen that connects, almost effortlessly, to the larger DC Universe. And this penultimate issue is setting us up for the showdown we’ve been waiting for. Superman vs Doctor Manhattan. We’ve been learning just how Doctor Manhattan has effected DC continuity seemingly eliminating timelines and characters on a whim. But with Doctor Manhattan nothing is accidental. Doomsday Clock is still an incredible, incredible read that will be even better once collected in trade. I’m already looking forward to a massive binge-read leading into the final issue, an issue that is sure to reshape the DC Universe even further. If you’ve hung around despite the delays then you know that these books are worth it…. so very worth it. 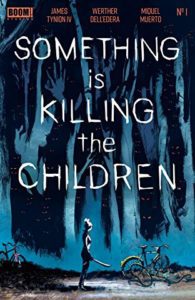 Something Is Killing the Children #1– I’d like to welcome you all to my new favorite comic series. Words cannot express just how much I love this book, but considering I’m writing a column, I’m going to try and use the best words I have available. There’s just something about the power of storytelling that when it hits you, you just know. You feel it in your bones. You feel it in your soul. I read the first issue of Something Is Killing the Children and I could feel the heart emojis in my eyes, which sounds like a strange thing to say out of context. What makes this book work so damn well is that James Tynion IV gives us so little. Not that there isn’t any substance here, because there are tons, but he allows the atmosphere and the characters to dictate the story and the results are fantastic. The universe that Tynion has created here with artwork from Werther Dell’Edera & Miquel Muerto is captivating. It’s scary. It draws you in and I can’t wait for more. One of my favorite first issues in quite some time. 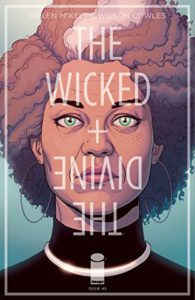 The Wicked + The Divine #45- From a first issue to a final issue, I present to you the end of The Wicked + The Divine. Some might say that issue #44 was the true finale of this series and that issue #45 serves as an epilogue of sorts. Kind of like the final two episodes of Breaking Bad. But at least we get one more issue to say goodbye to these characters. The universe Kieron Gillen created within this book has been an absolute blast and I’m sad to see the series ride off into the sunset. Although if this means we can get more Die comics then I’m slightly for it. But The Wicked + The Divine shall be missed. It’s been a hell of a ride. 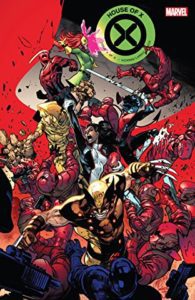 Bonus Book- House of X #4- I know we usually do five books and then Honorable Mentions, but there was just no way I could end this edition of the Pull List without talking about House of X #4. Like, no way. I’m still buzzing about this issue and it’s been a few hours since I read it. What can I say? Jonathan Hickman has reignited my love for the X-Men while also completely showcasing the power of comic books. I won’t get into spoilers here but at one point during this book, I got literal chills. We’re talking goosebumps on the arm and down the spine. At another, I got choked up. The sense of importance behind this issue. The characterization. The delivery. I could talk about this issue all day and still not grow tired of it. Hickman has tapped into something extraordinary here. There is still a lot of story left to explore, and boy do we need to explore it, but Hickman just gets it. He gets what makes the X-Men so special. He gets what these character represents. And most importantly, he gets what makes for amazing storytelling. What a book. Go read it… right now! 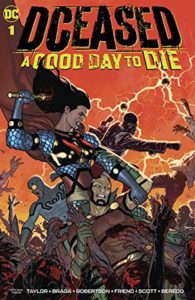 There you have it Geeklings, all the best books to get your mitts on this week. As always, if you feel like I’ve left anything off of this edition of the Pull List be sure to sound off in the comments. If you’d like to talk more comics with yours truly then you can find me over on Twitter @iamgeek32. I want to talk all the books today so don’t be shy and hit me up. In the meantime, I’ve got a fantasy football draft to prepare for. It’s a Quentin Tarantino theme, thinking my team name is going to be A Royale With TDs. Open to suggestions. Until next week Geeklings, happy reading and many huzzahs!