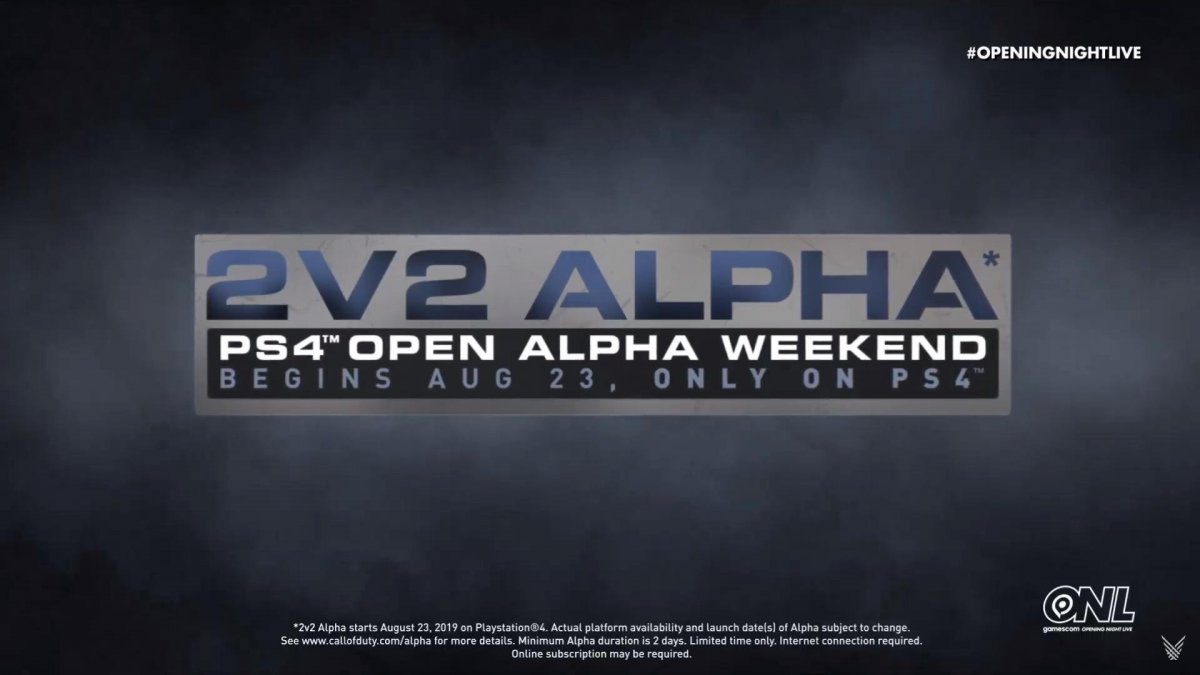 There are plenty of surprises incoming from GamesCom, and Modern Warfare has one of its own. We are already expecting a beta hitting PS4 starting September 12th for preorders. But a 2v2 mode will be getting an exclusive to PS4 debut a little bit early beginning August 23rd and lasting the weekend.

Here is the trailer-

There will be five maps present, and two which Infinity Ward has yet to show us. This test also will not require a pre-order, and will be devoid of the usual PlayStation Plus requirement. This is a pretty important step in my opinion. Without the need for an order or a subscription to play, there is a whole new market to capitalize on, the waiters. There are plenty who want to experience first and buy later, and this gives you an opportunity to grab them ahead of the beta. I also wonder if this 2v2 mode is the Gunfight mode we’ve been hearing all about. It would be a great time to test it.

Call Of Duty Modern Warfare is the latest game from Infinity Ward. The last two made by the studio have delved into a different type of warfare with Ghosts and Infinite Warfare. However, these also have not been as popular because of the setting change. Going back to their roots is something very exciting for fans of the series. I know I cannot wait to jump into this alpha test.

Call Of Duty Modern Warfare will release October 25th, 2019 on PlayStation 4, Xbox One, and PC. If you pre-order the game you will have access to a plethora of different pre-order bonuses. The most important one of the group is access to the aforementioned multiplayer beta hitting PlayStation 4 first on September 12th. If you want even more information about the game, just go to https://blog.activision.com/call-of-duty!