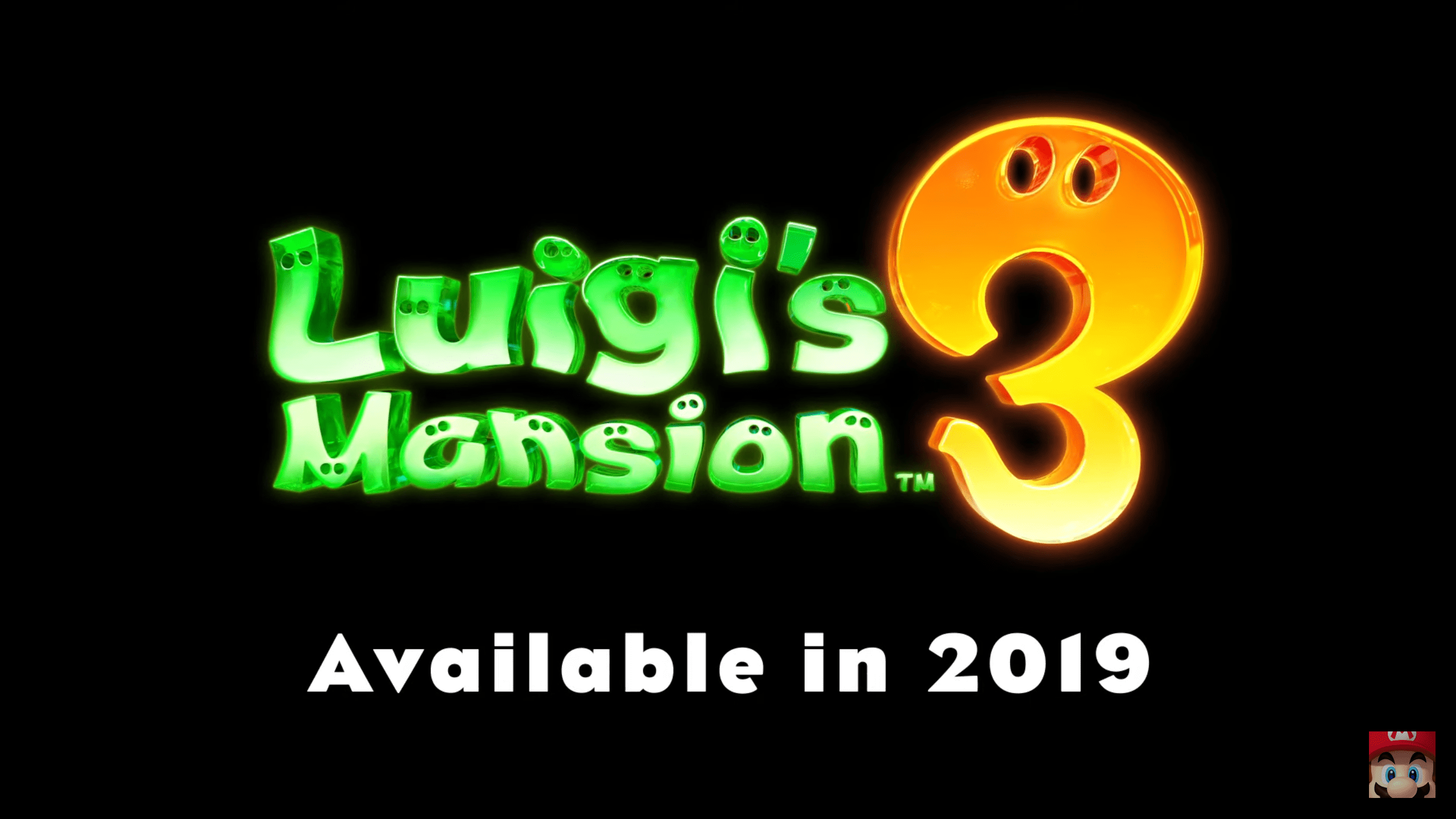 I am a big fan of the Luigi’s Mansion series. Luigi’s Mansion Dark Moon on the 3DS was the first game I played of the franchise, but it sucked me in (No pun intended). The games have a cult following, and those waiting for a true successor to the original on GameCube will not have to wait much longer.

When Luigi’s friends go missing on vacation, it’s up to our reluctant hero to save them from the ghosts in the Last Resort hotel! Join forces with Gooigi, slam ghosts, & prepare for a spooky treat when #LuigisMansion3 arrives to #NintendoSwitch on 10/31!https://t.co/3fg4O2t6PB pic.twitter.com/iNM9BKNKg5

In case the tweet does not show up, it reads –

When Luigi’s friends go missing on vacation, it’s up to our reluctant hero to save them from the ghosts in the Last Resort hotel! Join forces with Gooigi, slam ghosts, & prepare for a spooky treat when #LuigisMansion3 arrives to #NintendoSwitch on 10/31!

My guess was always going to be an October release. Nintendo is really good about releasing to fill gaps in their schedule for the most part. With Legend of Zelda Link’s Awakening releasing in September and Pokemon Sword and Shield in November, October is too perfect. Especially when it is the spooky month and you can launch your spooky game. And on Halloween no less!

With this confirmation of release Nintendo has quite a full slate of releases this year. Super Mario Maker 2 was out at the end of June. Fire Emblem Three Houses follows in a week, with a third party exclusive in Marvel Ultimate Alliance 3 right before in two days. Astral Chain will drop August 30th, and we know from above how that September through November lineup is. Nintendo is putting together another year to match the launch one where they had something new every month.

I am really pumped for what Nintendo is doing! Are you? Luigi’s Mansion 3 will release on October 31st 2019, exclusively on Nintendo Switch. You can pre-order at brick and mortar stores, but Nintendo has not opened digital yet. There is no word if the Nintendo Vouchers program will include the game, but I would guess we will with the date annoucement. (UPDATE: Luigi’s Mansion 3 is now on the Voucher Program list)