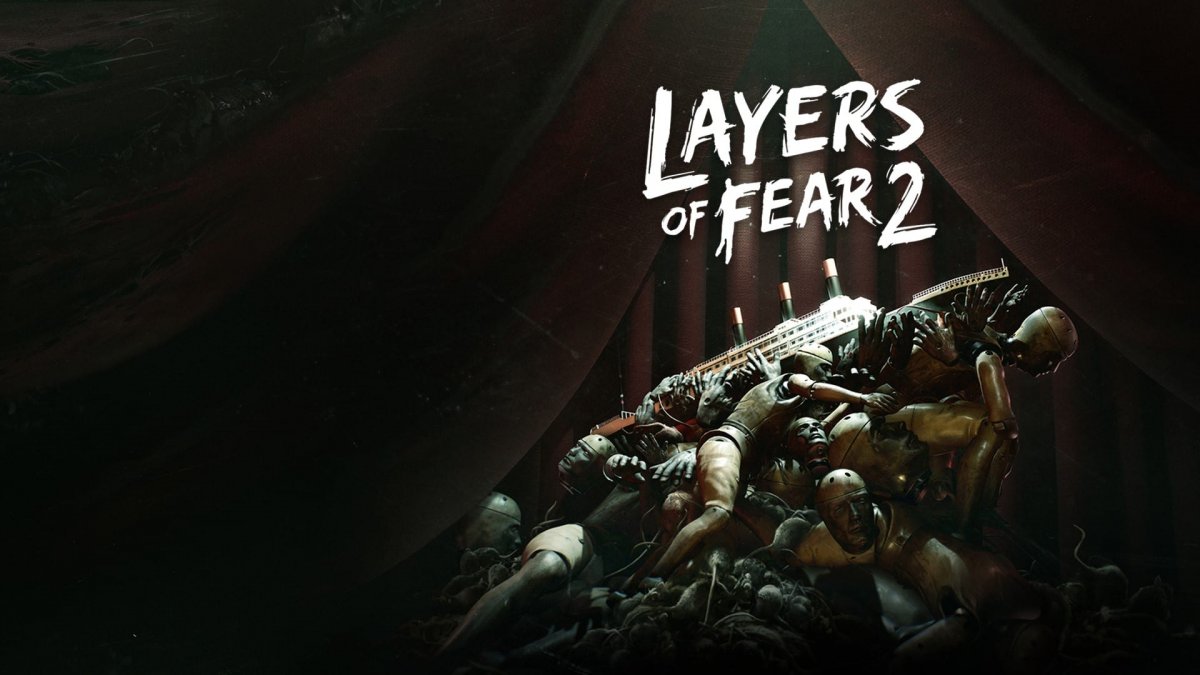 I have something to admit: I’m not a fan of horror games, especially first person horror games – so why am I reviewing one? The short answer is because Layers of Fear 2 deserves to be reviewed.  Bloober Team and Gun Media have created a masterpiece of psychological horror, able to speak to even the most anti-horror gamers while giving those used to the horror genre a much needed break from the jump scares that dominate so many mainstream titles. Layers of Fear 2 turned out to be so much more than I expected and I knew I’d be remiss if I didn’t give the game the proper credit it deserves.  A thought provoking look at humanity and the various bonds we create – and sever – as well as a tense psychological study of a person on the brink of insanity, Layers of Fear 2 is a game at once terrifying and subtlety beautiful. I found myself thoroughly engrossed until the credits rolled. 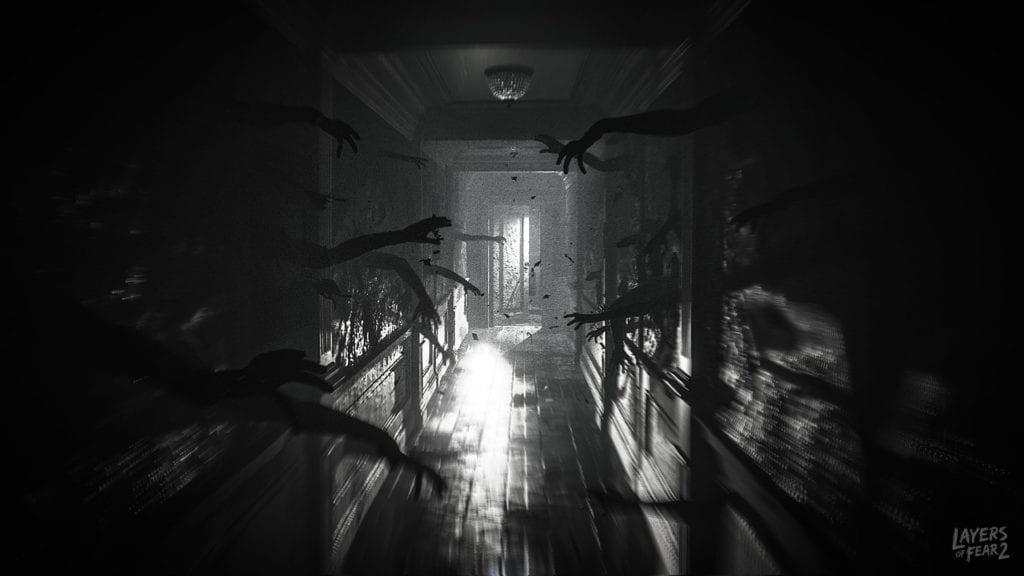 The story is told in game through voice over, various letters/telegrams/newspaper clippings, and items found scattered throughout. It is up to the player to unveil the story, as most story elements do not reveal their selves from simply playing – many require the player to seek out items, to interact with the world, and to piece together a plot from the various articles strew throughout the ship.

Layers of Fear 2 is set aboard the Icarus Transatlantic, a ship closely resembling the Titanic and seemingly soon to meet the same fate. What little story you can piece together at the starts has you believing you are a famous actor aboard the ship for a famed – but temperamental – director’s latest project. Obviously things have not gone correctly, as nobody else seems to be aboard the ship. But are you a famed actor? Why do you keep finding items related to a brother and sister stowaway team and why are they so important? The story essentially switches between these two plot points – but it is up to the player how much they piece together before the games rather abrupt ending. 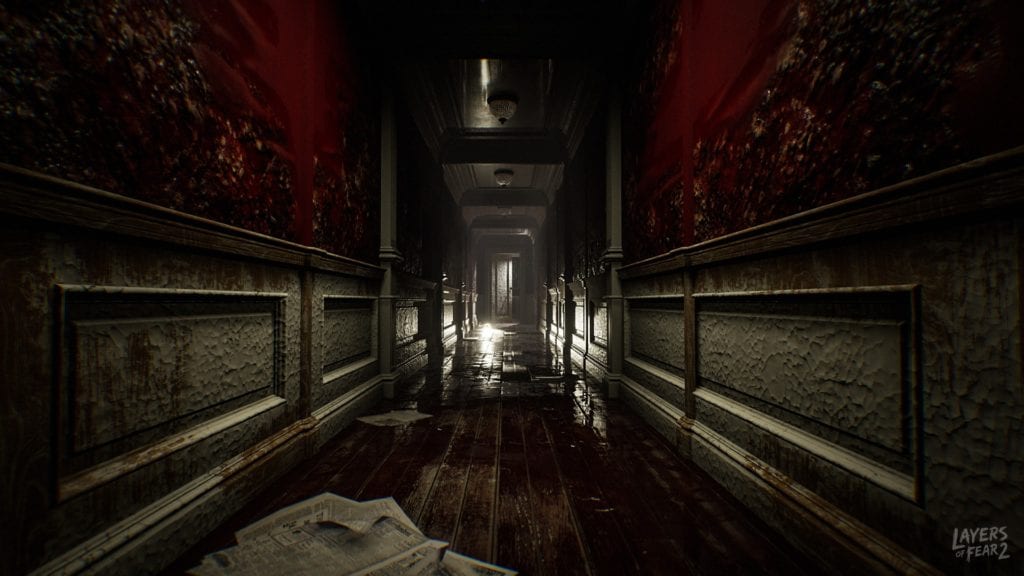 The gameplay in Layers of Fear 2 is unlike most games. There is no bad guy, per se, and there is no fighting. There are ways to “lose” but that only involves a restart of the section and is sometimes worth it just to see what happens if you take a different path or allow yourself a bit more time to explore. These sections are few and far between though and typically involve being chased. The main bulk of the game consists solely of your silent character exploring the ship, constantly being thrown into new areas as you make your way to – well, you’re never quite sure where. For five horrifying acts all you know is that you must press on.

As you progress, the settings become more fantastical – as well as more harrowing. What begins as a jaunt through a seemingly ordinary ship soon has you outdoors, in a house of rather weird proportions, crawling through vents over theaters, crawling through pirate ships, and more. The sheer amount of creativity strew throughout the game is impressive. You never knew where you’ll end up next and Layers of Fear 2 makes the transitions so seamless that many times you walk toward a door, attempt to open it, turn around and are in a completely new area. This lack of loading between areas and smooth transitions really helps maintain the game’s flow and allows the player to be constantly surprised and horrified at what they are witnessing.

Little details abound and I implore players to take the time to look around, even in what may seem to be a rather mundane room. You’ll find notes, misc items, mannequins who change positions every time you look back, eyes hidden in crevices, and so much more. The sheer amount of small details painstakingly scattered throughout the world really hooked me and constantly surprised me.

A quick example: My favorite set piece involved working my way through the ship’s animal quarters and constantly turning around to see that I was being followed by mannequins, like some horrific edition of red light/green light I once played as a child. It was a nice touch that I may not have even noticed had I not become accustomed to paying attention to where I had been, as well as where I was heading.

While there are very few threats in the game, please don’t let that dissuade you – Layers of Fear 2 will still keep you on the edge of your seat – constantly teasing you with what’s to come while (mostly) avoiding jump scares in favor of psychological torture. You’re constantly hearing and fearing things that seem to be just off your periphery – but rarely do those things ever actually come after you. Like a child in bed fearing the boogeyman, most of it is in your head.

The only gripe I have about the gameplay is one many people might disagree with – I don’t enjoy the chase segments. I was thoroughly engrossed anytime I was exploring on my own but the second I was chased I’d lose interest and rush through just to get it over with while lamenting all the small details I may have missed during my frantic run. Again though, these segments are so few and far between and also do serve a purpose in the story – so I don’t want to allow them to detract too much from my overall review. 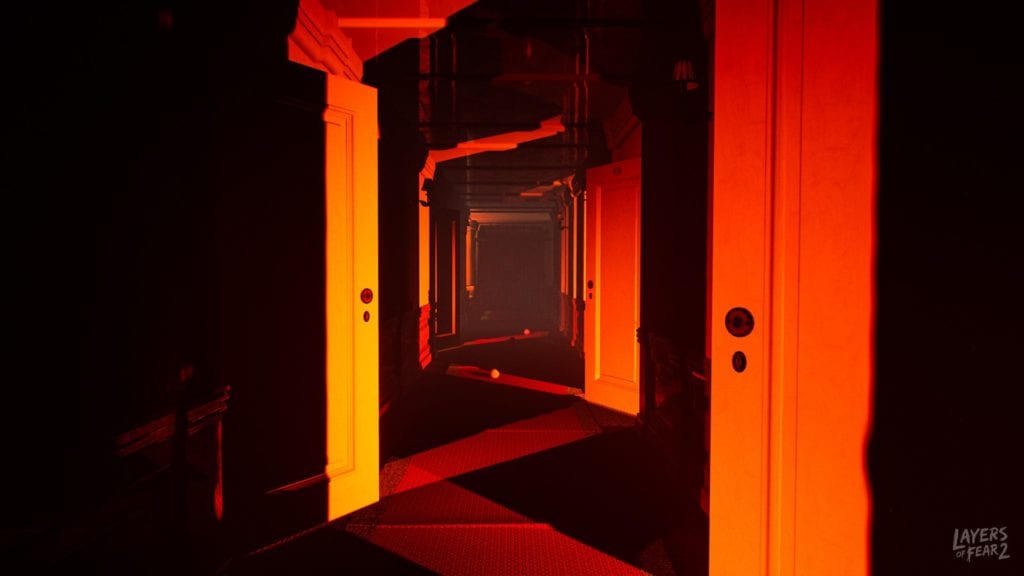 I was pleasantly surprised by Layers of Fear 2’s graphics. The environments are detailed and varied, with tons of attention paid to small details. I experienced no slowdown, clipping, or other issues that plague most AAA games. It was rare for me not to be entirely immersed in the moment, and that’s about the best I can ask from a video game. I’m sure it helps that most environments are limited to various rooms, letting the graphics for each area remain detailed and the few times you can see out windows you’ll notice the lack of detail or items in the distance. But those moments are so rare that I can’t fault the game for them. The (very few) enemies you’ll encounter are creepily detailed and the mannequins take on a subtle yet off putting realness in the various positions and circumstances you’ll find them in. The graphics are stellar and suit the gameplay to a tee. 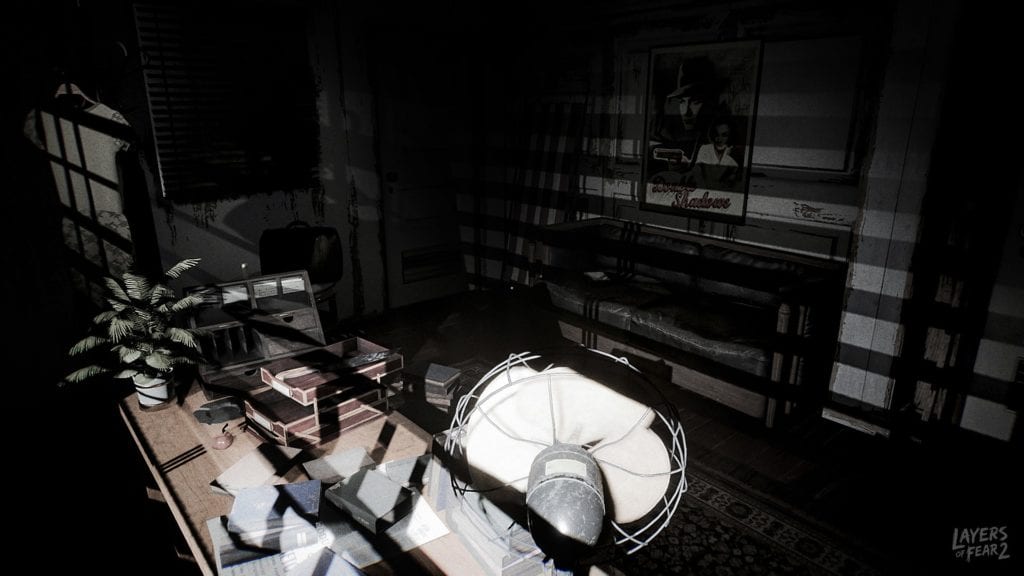 Layers of Fear 2 took me around 7 hours to complete. Not long, but long enough to serve its story although I would have liked a bit more of an ending. That being said, there are actually three endings, each of which is determined by choices you make during four pivotal scenes. You can either obey, deny, or choose a mixture. There are collectible posters throughout the game as well as various other items, all of which populate the room you arrive in at the end of every act. There is a New Game+ feature which allows you to choose which act to jump into, so you can easily get the other endings and finish your collectible hunt.  I immediately jumped back into the game upon finishing – if that tells you anything. 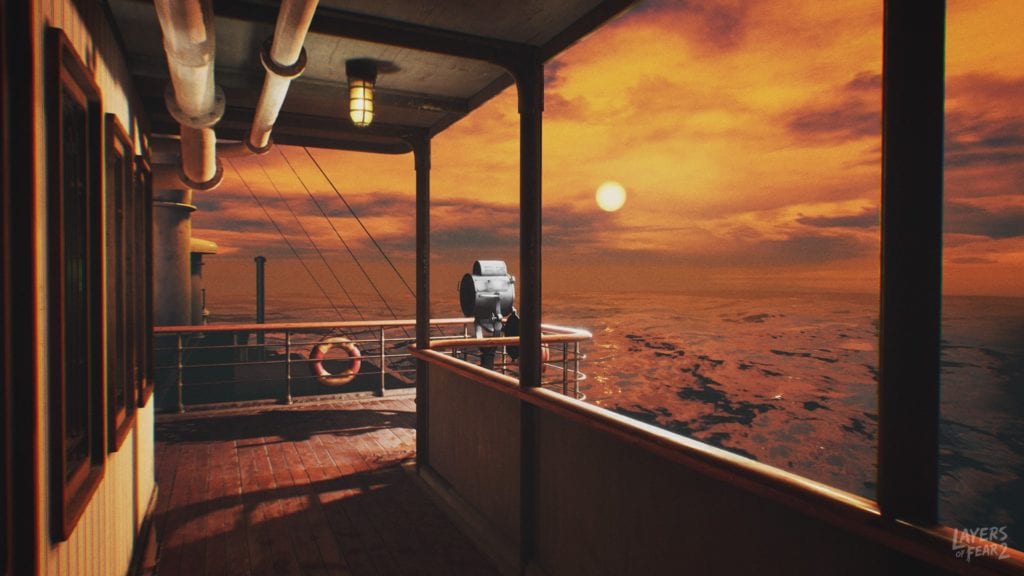 Layers of Fear 2 is an astounding game; at once frightening and beautiful with a thought provoking story full of wonderfully realized characters, told entirely through voice over and various items found scattered throughout the impressive  and varied set pieces. A marvel of sheer creativity and psychological game play, players can expect to spend hours combing through the ever increasing darkness in search of their next hint of story. I highly recommend this game and urge players to approach with an open mind and the patience to let seek out the story rather than expecting it to be given to them.

Layers of Fear 2 is available on Xbox One, PS4, and Steam for an MSRP of $29.99. Click here to purchase the game. A review code for the Xbox One was provided for review purposes.