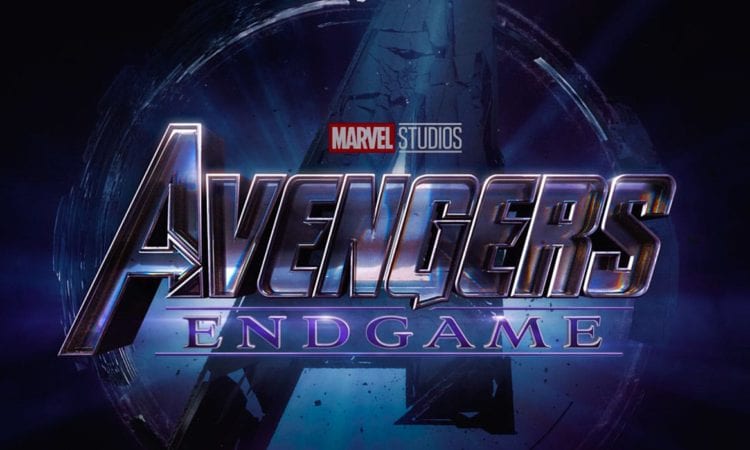 Here’s a few of the easter eggs aimed at comic book readers that I noticed. There’s too many to mention in one article so I’ve picked a few to focus upon and pick apart.

In 2016 Marvel Comics ran a huge event called Secret Empire. With tie-ins and one-shots taking over the whole comic universe, the whole event was based around the idea of what if Captain America was hydra all along and had been covering his tracks. In the comics, it turns out that this is an alternative-reality version of Cap in an alternate-timeline bought about by the cosmic cube but who has entered the main continuity timeline of Earth 616.

Well during that scene in Endgame, we find Captain America back in the same lift scene he found himself in during The Winter Soldier. In The Winter Solider, in a memorable fight he takes down a lift packed full of hydra agents as he discovers that SHIELD has indeed been infiltrated by Hydra this entire time.

However, in this new version of the past rather than fight the hydra agents, Cap instead turns to them and whispers ‘Hail Hydra’. It is the best homage to Supreme Hydra within Secret Empire and this version of an alternate Captain America in the comics. Better still, this reality within the Secret Empire comics is where history has been rewritten by the cosmic cube, just as Cap and the rest of the Avengers were rewriting history in that moment on screen during Endgame. We finally got Secret Empire on screen if only for a second.

It is worth mentioning that the Russo brothers have been talking about how Captain America managed to spend his life with Peggy Carter and still return to the current timeline. There has been talk of how his life with Peggy is part of an alternative timeline and a strand swerving off from the main timeline of the MCU. We’ve already seen an alternative timeline Loki disappear with the tesseract which we know doesn’t happen in the main MCU continuity and a 2014 Gamora is currently running around in the current MCU which clearly is another alternate timeline strand.

Perhaps this tells us that the future of the MCU in Phase 4 is exploring these alternative realities. It’s using old characters in new, alternate timelines and different situations to bring new life, love and stores to old characters and to give a renewed freshness to the MCU. This could also be a really good way to give the actors something new and interesting to work with after ten years with the same characters and a way to keep the MCU cutting edge and current.

It could be a really great way to also recast well-known roles altogether as their alternate-reality selves could have different physical appearances. Alternate realities has been explored extensively within comic books but it’s not something that has yet made it to screen. The Spider-man: Far From Home trailer has also showed us that marvel plans to explore alternative dimensions in the future and Endgame really set the stage for this.

In the comics, Kate picks up Clint Barton’s mantle as Hawkeye where he is no longer operating as that persona. During the events of Civil War II, Hawkeye kills Bruce Banner which leads him to take on a new persona as Ronin and for Kate Bishop to take over the main Hawkeye comic book series. Kate was introduced to the comics universe in 2005 as part of the Young Avengers, but during the 2016 overhaul after Civil War II, Marvel started a new initiative which focused on making its comics more diverse.

Besides making Kate Bishop a larger presence in the comics, Marvel also did the same with other female characters including Thor, Ironheart and Miss Marvel to take over from their more famous comic male counterparts and building fans with their own individual comic book series.

In Avengers: Endgame, we find out more and more about Hawkeye’s family. We discover that Clint before the snap was busy teaching his daughter Kate how to shoot arrows and mirror his own superhero counterpart. After the snap his family vanished along with half the universe and in his grief Clint abandons Hawkeye and takes over the mantle of Ronin. If all this sounds familiar it’s because it is directly mirroring what happened in the comics straight after Civil War II. It’s no coincidence that this is also happening after the MCU’s own Civil War which has divided the Avengers.

All that’s left now, for the MCU to follow the same continuity as the comics is for Kate to take over the mantle of Hawkeye while Clint carries on as Ronin during Phase 4. Marvel has already teased that Phase 4 is bringing even more diversity, and Phase 4 is also being treated as the MCU’s very own blank slate and overhaul of the MCU.

After all, the Infinity Saga will have wrapped and Endgame is a very clear end point to the MCU as we know it. Going forward, Endgame seems to be setting the scene for Kate to take over as Hawkeye and for women to take over more leading superhero roles within the MCU in Phase 4. I’ve already written how Captain Marvel and Endgame have set the space for the introduction of Ironheart and Rescue. There’s a black widow movie on the way and especially from the quick scene in Endgame that assembled all the female characters to fight together it’s pretty clear that the future for the MCU will be female. And that includes Kate Bishop as Hawkeye.

Asgardians of the galaxy

It’s a quick one-liner from Thor at the very end of Endgame but it makes it very clear that the Asgardians of the Galaxy are on their way for more space adventures. Thor is joining the Guardians for more epic space travel. Is this the premise for the third Guardian’s movie currently being written and directed by James Gunn? Chris Hemsworth has not been shy about talking about really wanting to make another Thor movie and my guess is that fourth Thor movie is in the form of some kind of merger or continuation of Guardians of the Galaxy 3 (or Asgardians of the Galaxy if you will) with recent reports also seeming to confirm this.

What’s interesting about this is none of the comic counterparts who take to the skies actually exist in the MCU besides Valkyrie who has already pledged to take over control of new Asgard. Skurge is dead in the MCU, as is Thors sister Hela, which leaves Kevin Masterson, the destroyer and Throg who both do not yet exist in the MCU (although we are definitely in need of Throg joining the MCU please and thank you!!).

Seeing as Asgard is gone and there’s barely any Asgardians left, I think the MCU will be Thor and the rest of the Guardians. I imagine their space hunt will involve finding the alternate versions of Gamora and Loki and putting the whole team back together again, and there’s still the original ravagers to build in from Guardians of the Galaxy 2. Adam Warlock is still on his way to make his impact on the MCU as previewed during the credits of the second Guardian’s film. Can’t wait.

In Endgame, Happy promises Morgan that he is gonna always be there for her. Not as a superhero saving the day but as substitute father caring for someone he loves. Now if we delve into the comics it turns out that Happy Hogan and Pepper Potts actually get married and have a relationship of their own. In fact, they are a more canon couple in the comics than Tony and Pepper. The MCU has paved the way for both Happy and Pepper to take on more leading roles, whether as Rescue or just as a family for Morgan.

Happy’s promise to Morgan confirms that this is gonna be the new family dynamic going forward and I wouldn’t be surprised if we see a relationship bloom between Happy and Pepper in the future. Coupled with Happy’s much larger role in Spider-man: Far From Home and it seems we will be seeing much more of Jon Favreau in the future.