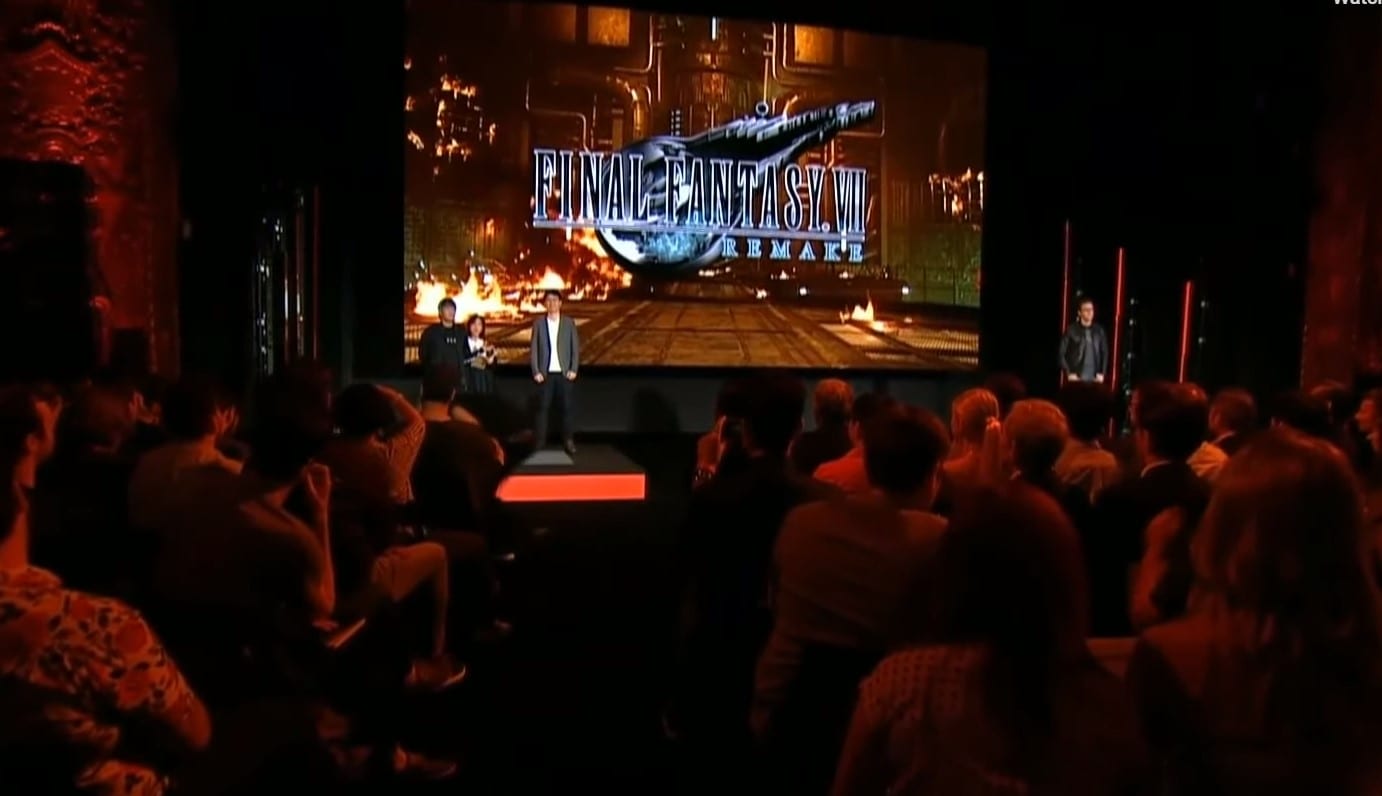 Between the Final Fantasy VII Remake and new details on the previously announced Avengers game, Square Enix was probably the most anticipated showing of E3. So how did it actually fare? Did Square deliver? Was there a slew of games to get excited for or just these two? Even though these two were the book-end moments of the conference, there was still plenty of stuff to celebrate. So let’s take a quick recap of the night’s biggest showings.

After years of no updates, I’m almost surprised we got as much Final Fantasy VII Remake news as we did. Though to be fair, when the teaser for your trailer is almost as long as most full-length trailers, you know A LOT is about to revealed. For starters, we learned that FF7R (Part 1) will tell the story of Midgar and dive much deeper into the story than ever before. As such, this game is so massive that it will be split into 2 Blu-Ray discs. We might not know where the discs divide the story; but judging by scenes from the long-form trailer, this game will cover the story up until the escape from Midgar.

As for gameplay itself, combat will balance active and turn-based approaches. As you progress through battles attacking your foes, ATB gauges will fill, which will allow you to cast spells, use items or use Limit Breaks. While selecting what to spend your ATB on, time will freeze and thus bring back the feel of turn-based combat. These commands can also be bound to certain button-presses as a short cut. Similarly, you’ll also be able to swap between characters to make use of their skills, magic and items. There’s a lot more to process about these reveals, so stay tuned for our full Gameplay Analysis! For now, I’ll remind you of its March 2020 release date and that both Deluxe and Collectors (1st Class) editions are available for Pre-Order.

A large portion of Square’s E3 showcase was details concerning remasters of popular games. The Remaster of Final Fantasy Crystal Chronicles has an updated release date, and will be coming this winter. The Last Remnant Remastered – a game that Square Enix remastered last year – now has a Switch port. Though the biggest Remaster news is that after years of people asking, Square Enix is finally making a Final Fantasy VIII Remaster and is coming later this year!

This reveal actually came a few days before E3, but Square still included it in their showcase since Kingdom Hearts is one of their biggest franchises. This DLC will include Roxas, Aqua and Riku as playable characters, and looks to give some more story reveals concerning Xigbar and Luxord’s true identities as well as the relationship between Xehanort and the Master of Masters.

The developers behind Gears of War: Judgement and Bulletstorm as working on a new shooter called Outriders. The trailer doesn’t give us much details, but it does show off a pretty interesting monster design. Beyond that, its been described as a “dark, modern shooter” and will be a co-op shooter for 1-3 players releasing Summer of 2020 on XBox One, PS4 and PC.

After 2 and a half years, we finally got information about the upcoming Avengers game Square Enix and Crystal Dynamics are working on! There’s still a lot to learn; but one thing is for certain: this will be its own game. The character designs and story are completely unique – rather than trying to bank on the existing MCU looks of these heroes. Additionally, we’re being told that this game will allow up to 4 player co-op and have multiple installments/ additions throughout its run. All in all, it looks like Crystal Dynamics wants this to be a game players play for years to come.

There’s still a lot we have to learn as the footage was rough and we’ve yet to see actual gameplay yet. Though we should hopefully learn more specifics this winter as the game is due to be released May 2020. Hopefully this will also give us a better idea of the world size as many players have come to expect a massive explorable world somewhere along the lines of Ubisoft’s Spider-Man. Though considering this game is built around multiple characters who traverse the world very differently, it’ll be interesting to see how these distinctive styles are combine. If anything, we should bare minimum hope for something along the LEGO Marvel scale.