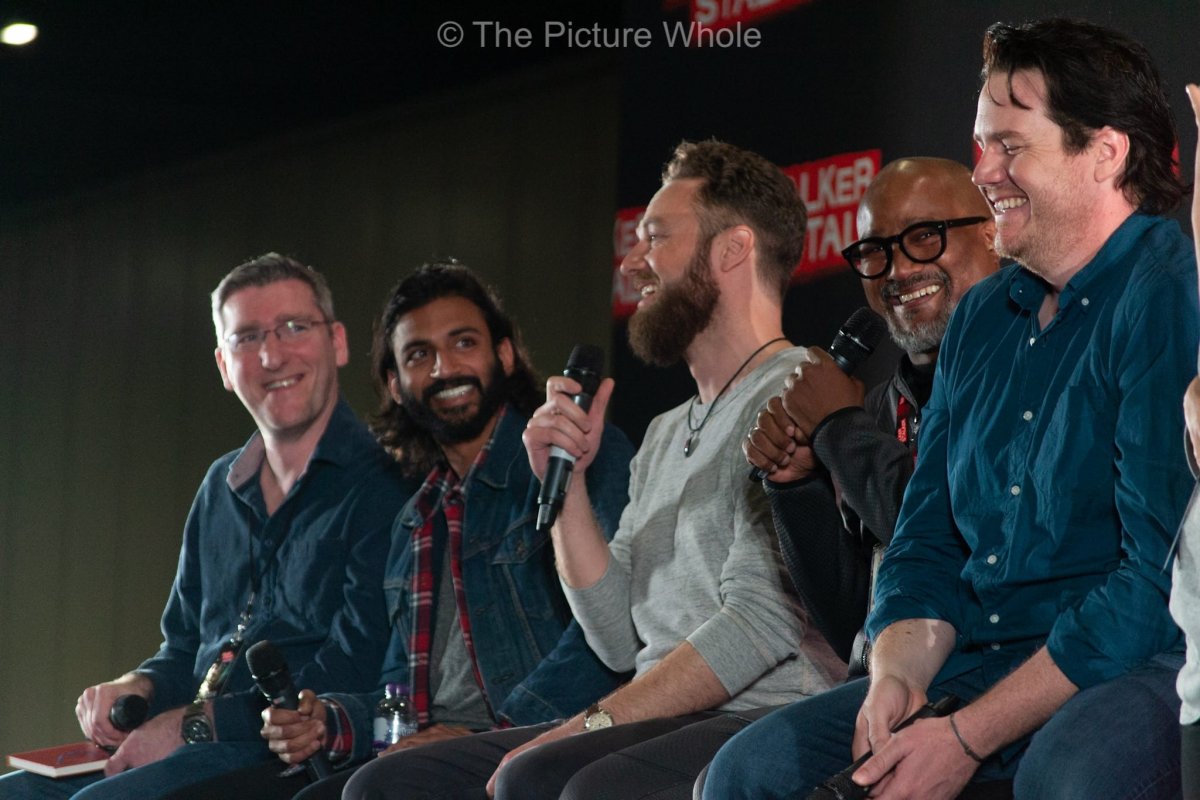 The Alexandria panel at Walker Stalker Con London was really just an excuse for Avi Nash and Ross Marquand to fit in as many jokes as they possibly could about Daryl dying. However in the midst of all the fun they accidentally dropped some intriguing information for fans.

It all started during a fan-led Q and A at the panel, where one plucky fan asked Ross Marquand, Josh Mcdermitt, Seth Gilliam and and Avi Nash which death hit them the hardest in the series. Marquand was quick to joke that he really struggled with Daryl’s death, with the rest of the group responding that this was what was happening in this week’s latest episode!

A few fans have taken this news seriously and have said they are waiting anxiously for Daryl’s death this week but most have taken it as a joke and enjoyed the long-running gag.

They did tell us their actual answers, which was an emotional explanation that whereas in other TV Shows the main cast is usually the same core team of actors who are there from start to finish, The Walking Dead is different because so many of the characters die, but that this means that the actors miss working with each other and feel the loss of the other actors leaving meaning that the cast is much more changeable and the deaths have an impact on the set. They pointed out that one of the best things about attending Walker Stalker Con events is that they get to see actors and friends that they no longer get to work with, and actually have fun together outside the sets. Working 14hour days brings anyone close together, but it means that when a person leaves the show, cons like this still allow them to work together and gives the show a wonderful legacy!

From that moment on though the jokes about Daryl dying never stopped. Any opportunity was taken to bend a question to discuss it once more, which made the panel fun and full of laughs. We were even treated to a visit by none other than Michael Cudlitz who popped by to say hi. 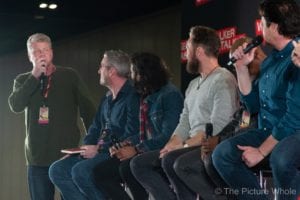 Amongst the joking though, we did find out one particular very interesting bit of information. We found out the gender of Rosita’s baby was male, as it was dropped into conversation by Ross Marquand. The team were in the middle of discussing how when using babies on set, they always appear on camera before being passed to someone else, because they are unpredictable and make more of a challenge for the actors to work with. They mentioned that it was the same with dogs or animals, which are always filmed running off sets or quickly disappearing out of shots to avoid extended time trying to capture them on camera. It was during this conversation that the baby was referred to as ‘him,’ before he backtracked and added ‘or her, could be any gender’ before the rest of the cast cracked up at his slip.