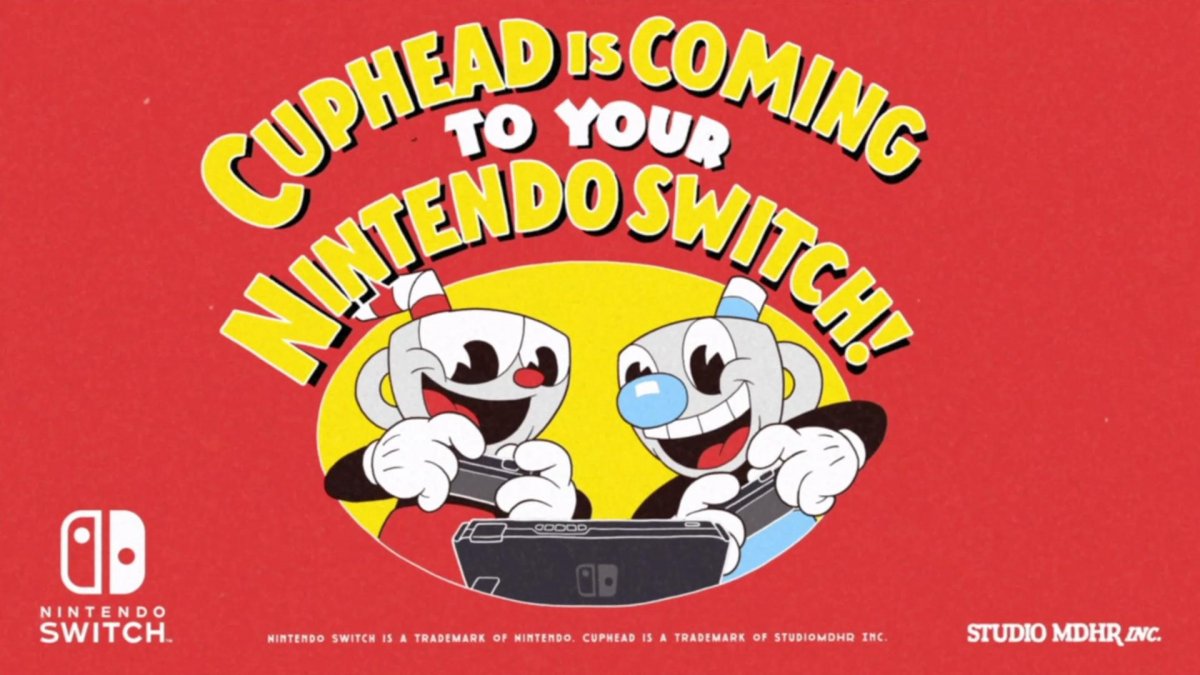 Well, if this is just one of the first surprises from the silent partnership that exists between Microsoft and Nintendo, I cannot wait to see what will happen next.

Coming in somewhat out of nowhere, this was a shock, even if not as much of a surprise given the way these two sweethearts are flirting with each other. Here is the announcement trailer from yesterday’s Nintendo “Nindies” Direct-

Pretty sweet is it not? Cuphead was announced at Microsoft’s E3 2014 press event as a console exclusive (crazy enough, along with Crackdown 3) and was immediately a hit among both press and gamers alike. It had multiple delays along the way, but finally released September 27th, 2017 on Xbox One and PC to phenomenal reviews. There has even been an expansion entitled The Delicious Last Course revealed at last year’s E3, hopefully releasing this year.

All of these additions will be available for free and launch when the Switch version releases. The Switch version will also feature Xbox Live Achievements, so if you log in via your Xbox account you can earn them on the go or if you just feel like playing your Switch. This leads more into the conversation that an Xbox Live app will soon be available on the Switch, and who knows, maybe Game Pass.

Cuphead is available now for Xbox One and PC, and will launch on Nintendo Switch April 18th, 2019. You can already go pre-purchase it on the eShop.