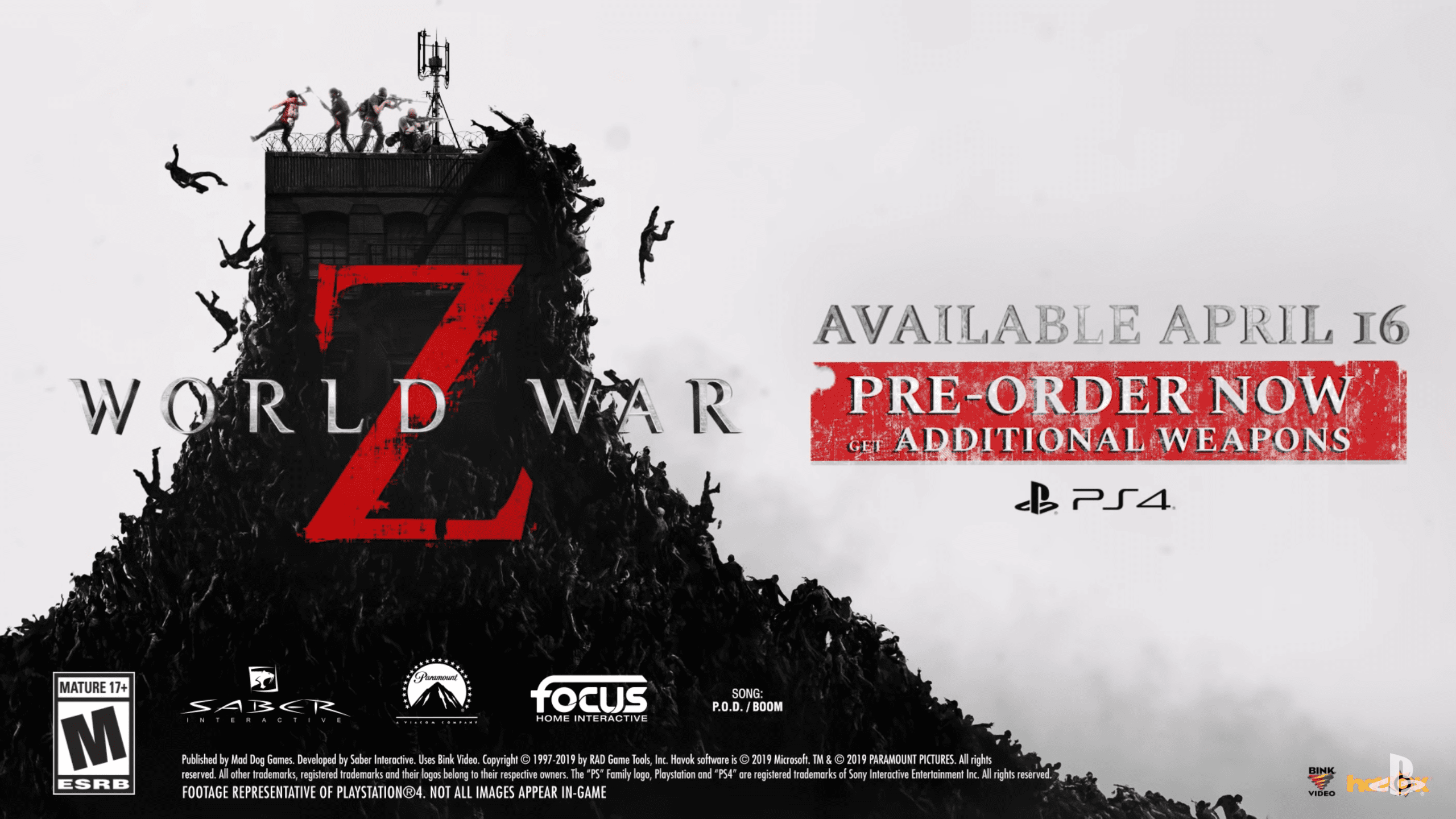 While not as heralded as the Walking Dead franchise, World War Z made a name for itself both through book and movie mediums. Once April arrives, it will be able to add video game to its repertoire. We have known about it for awhile, but we now have some extra gameplay as well as an incentive for ordering the game early.

World War Z was announced at the Game Awards in December 2017. Everything on the game had been somewhat quiet up until recently with the reveal of the release date in April. We do know it’s a co-op shooter, it will feature a ton of weapons, tell the stories of different characters from around the world, and if you had not guess, will have tons of zombies.

World War Z promises to have hundreds of zombies on the screen all at once, which is something you would want given what the game is based off of. There are different classes to play in order to help you team stay alive and unique perks. The item and enemy spawns are also procedural, so if you want to boot up World War Z again later on things will not be exactly where they were before. You will visit different locations like Moscow, New York, and Jerusalem as you mow through the horde to survive. There is also a multiplayer component which pits players against each other, while the zombie horde also comes after them.

This game could be pretty great, but it does have stiff competition in April. Days Gone arrives in April from Sony Bend, and while it does not feature co-op it is an open world shooter with a much deeper storyline. Hopefully World War Z will find a following that will encourage Saber Interactive to keep supporting the game and possibly adding new maps and modes.

World War Z shuffles to PlayStation 4, Xbox One, and PC on April 16th. If you want to go ahead and pre-order it you will get the Lobo Weapon Pack, which includes three gold weapon skins and the dual bladed Lobo spade.