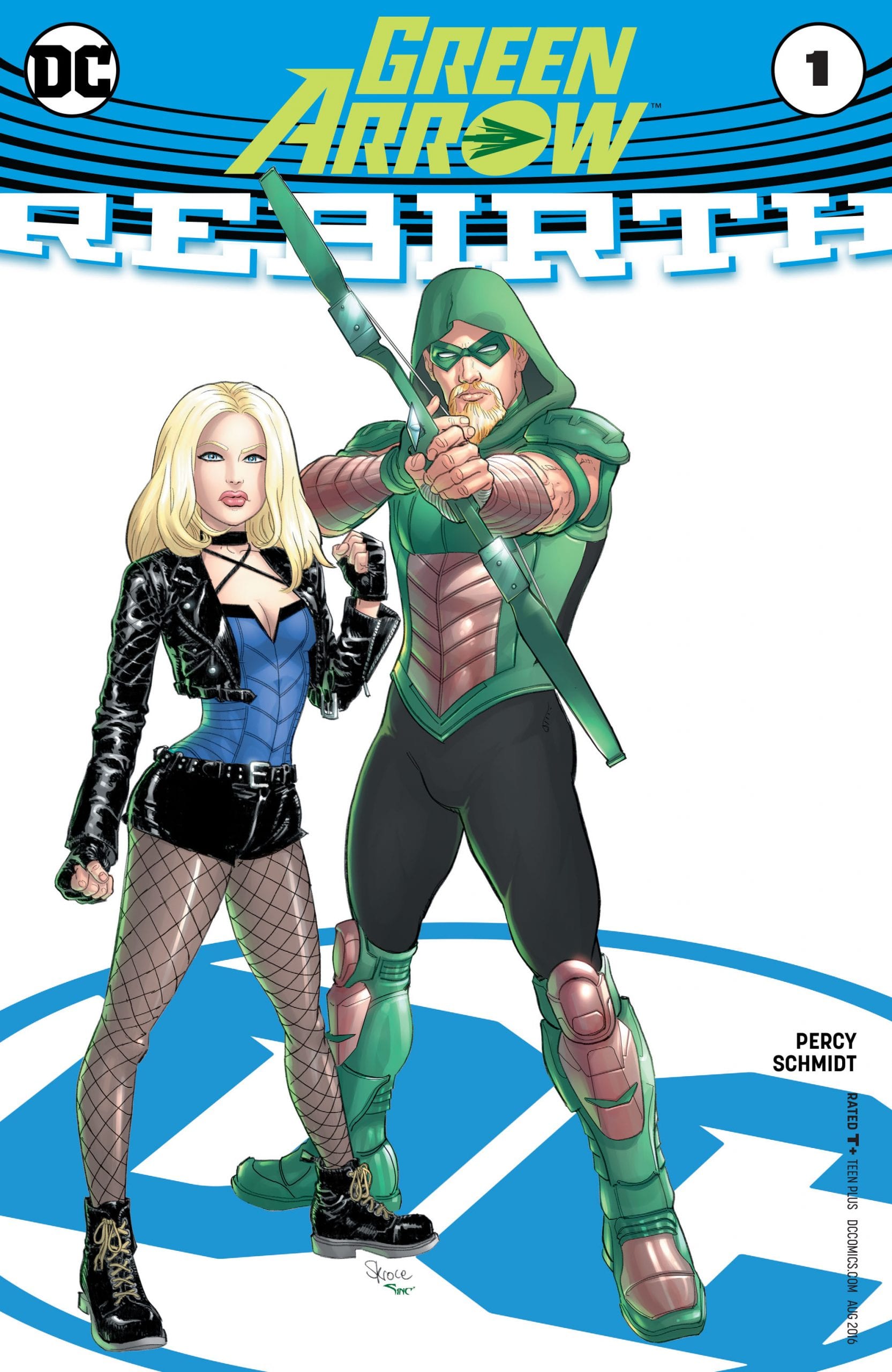 Before its mid-season break, we saw Diggle and Lyla delve deep into mysterious hidden financial accounts, only attributed to one name, Dante. This alone was enough of a huge hint to comic-book fans that the storyline of Arrow was heading along the lines of Benjamin Percy’s Rebirth comics, but with the addition of the reveal of Emiko Queen as the New Green Arrow, it seems the adaption Of Percy’s comic run is aiming for live-action accuracy.

Following the mid-Season break, Arrow has continued to run with this rebirth comic-book storyline. It is revealed, like in the comics that this Dante is linked to the criminal underground financial organisation the Ninth Circle. We also learn that Emiko, like in the comics operates on the fringes of society. She has no records, no ID and no existence according to the authorities. Again, as in the comics, she keeps herself to herself, finds it difficult to open up to other people and has been conditioned through her upbringing to protect herself only at all costs.

This means, can we now use the story arc of the comics to try and predict where Arrow is heading? The arc of first discovering Dante’s inferno and the true identity of the Ninth Circle is confined to the earlier Green Arrow Rebirth comics. Does this mean if we look at what happens in the later comics of Percy’s run, can we determine what might happen with Arrow moving forward?

In Percy’s comics, the Green Arrow working alongside Black Canary has recently been introduced and become acquainted with his long lost sister, Emiko. They are still just getting to know each other, but Oliver has welcomed her into his life with open arms, and just like in Arrow, feels terrible about her lack of childhood love and lack of stable upbringing. Like in Arrow, he wants to make up for this, so keeps trying to engage her in activities to rekindle her childhood and their lost brother/sister relationship. This seems to be where Arrow is heading next.

Meanwhile in the comics, Green Arrow and Black Canary set off on a mission to help uncover what is happening to the poor homeless and ignored societies who keep disappearing. This seems a similar mission as the Arrow team want to assist with the Glades in Arrow. It also echoes Oliver working with Dinah in Arrow. They uncover the homeless individuals are being trafficked by the underground men and sold to raise money for the Ninth Circle, an illegal hidden financial institution.

They have an initiation ceremony of creating the burned, burning those trafficked alive to such a degree that they become its loyal subjects and workers due to their charred skin. Percy writes this as a political message for what we need to do to correct and save the world, the problems that go unnoticed like trafficking, like exploitation of the poor and the failings of Trump. The fall of the Ninth Circle happens, even though Oliver’s accounts are being invested within the Ninth Circle through Moira’s accounts and her legacy to him. (NOTE: We’ve already had mention of Moira’s secret account in recent episodes of Arrow). We learn that Emiko has been working with Moira and the Ninth Circle again and tricked Oliver, assisting with ‘disposing him’ and ‘killing him’. Queen loses everything: his identity, his money, his home, his alias. He is legally declared dead and disposed of by the Ninth Circle and their acting serviceman within Queen industries.

Now if we compare this to Arrow, it would be great if we could see the burned, meet the Ninth Circle and would look spectacularly visual with SFX on the screen. It would also be great if he trusted Emiko but then discovered she was double crossing him, perhaps working with a similar enemy like Diaz perhaps, who is also working with the Ninth Circle. We are already seeing the theme in Arrow that Moira’s and Robert Queen’s past are coming back to haunt him, just like in Percy’s comics.

It would also be a great way to reinstate the green arrow and allow Oliver to escape the public eye once again if he was actually declared dead and publicly had his identity destroyed and wiped out. He’d be able to take part in illegal activity without being constantly monitored by both the public and the government, not to mention his enemies.

Finally, in the comics, in Dante’s Inferno we see the return of Moira Queen, who Oliver discovers isn’t actually dead, but has been running the Ninth Circle Empire the entire time. Could this happen in Arrow? Could Moira Queen be making a triumphant return? Anything is possible in comic book land. We’ve already seen In Arrow that the dying and dead can be resurrected….

Only time will tell. Arrow is back on our screens on Monday evenings with the new episodes airing already. Percy’s comics can be purchased in TPB form now if you wish to read the comic backstory.